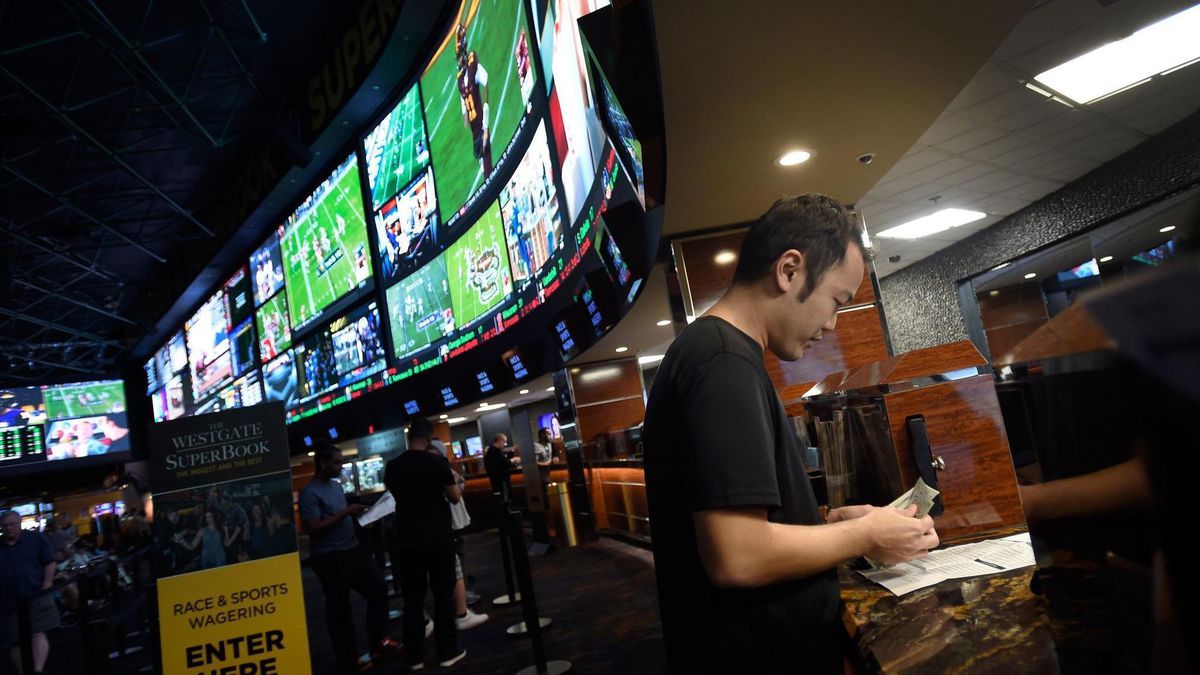 It was quite a journey in the NFL Week 12 betting market. We had the Thanksgiving tripleheader, some riveting Sunday wins by underdogs and a high-scoring Sunday night affair.

But let’s be honest here: When you’ve got Michigan against Ohio State, in a battle of unbeatens, with the winner staying on track for a College Football Playoff berth, that’s where the recap has to start.

For at least one sportsbook, Michigan’s stunning rout made for a banner weekend behind the counter – mainly due to just one wager.

Oddsmakers far and wide, in Vegas and across the country, reported oodles of bets and money on the Michigan-Ohio State showdown Saturday at the Horseshoe. And the needs varied, depending on the sportsbook.

At WynnBet, however, an Ohio State win by any means – rout, close call, anywhere in between – would leave an indelible mark. That’s because, on Friday, a customer put a whopping $753,535 on Buckeyes moneyline -315.

“It wasn’t like we were sweating every play during the game, in the office,” WynnBet senior trader Motoi Pearson said. “But I’d say that was a pretty monumental win for us.”

Jacoby Brissett led Cleveland to a 23-17 OT win over Tampa Bay Buccaneers. Nick Chubb added 116 yards and a TD for the Browns.

The early slate of Sunday NFL games featured three intriguing outcomes. Perhaps not surprisingly, public/recreational bettors generally got the worst of those outcomes.

Despite entering Week 12 on streaks of 7-1 straight up (SU) and 8-0 against the spread (ATS), the Tennessee Titans were home underdogs against the Cincinnati Bengals. At one point last week, Cincy was a 3-point favorite at some shops. But the Titans took a lot of late action, and the line dropped to Bengals -1 by kickoff.

Cincinnati won 20-16, giving BetMGM a modest win, according to vice president of trading Jason Scott. The other two games proved much bigger: Cleveland’s 23-17 overtime win as a 3.5-point home ‘dog to Tampa Bay; and Jacksonville’s 28-27 victory, also as a 3.5-point home pup, against Baltimore.

“Those two close games were extremely favorable for us, the Browns in OT and the Jags on that late drive,” Scott said.

Jacksonville got a touchdown in the waning seconds to pull within 27-26, then decided to go for the 2-point conversion and the win, which paid off.

WynnBet senior trader Chris Youn pointed to a host of good outcomes behind the counter.

“The NFL today was great for the book. The Commanders winning, covering and going under the total was the trifecta for us, as big bets were on the Falcons,” Youn said, alluding to Washington’s 19-13 victory as a 3.5-point home favorite. “Other good outcomes for us were the Browns and Bengals, as the handle (money wagered) for both games was impressive compared to the other [early] games. Our best outcome on a total was the Bears-Jets Over, as tickets and money were on the Under at a 2.5/1 clip.”

Indeed, the Bears-Jets total – with injured QBs and weather an issue – plunged from a consensus opener of 44 down to 36 by kickoff. But backup QB Mike White and New York nearly reached the total on their own, and Chicago contributed just enough as the Jets won 31-10.

The thing about sports betting is that even what appear to be meaningless scores are often actually quite meaningful. Thanksgiving Day provided a perfect example.

Midway through the fourth quarter, the Dallas Cowboys – 10-point home favorites – got a touchdown to take a 28-13 lead over the New York Giants. Plenty of public bettors, always on the Cowboys and surely even more so on Thanksgiving, were hopeful that final score would hold up.

It almost did. But with eight seconds left, the Giants got a “meaningless” touchdown, and the Cowboys won 28-20. But Dallas didn’t cover the 10-point spread. How big was that?

Michigan routs Ohio State: Are the Wolverines the No. 1 team in the country?

RJ Young reacts to the Michigan Wolverines beating the Ohio State Buckeyes in ‘The Game.’

Getting back to the college game, WynnBet’s Youn echoed his peer Pearson in noting the significance of the Michigan upset of Ohio State. But there were more games that fouled bettors’ moods while boosting the books’ bottom lines.

“The book had a big day on the last regular-season college football Saturday, with Michigan pulling way at the end and winning comfortably,” Youn said. “Another notable for us was TCU covering easily, as money and tickets were 2/1 on Iowa State.”

The Horned Frogs closed as 9.5-point home favorites, and the Cyclones were trendy underdogs. But TCU rumbled to a 62-14 victory.

Then there was a lesser-lights game that got a lot of attention: Appalachian State -6.5 at Georgia Southern.

“We had a 24/1 ticket ratio on Appalachian State covering, which did not get there as the Mountaineers lost the game in overtime,” Youn said.

The aforementioned Ohio State moneyline monster bet was easily the largest reported wager of the weekend and all of football season, for that matter. But there were plenty more major wagers, particularly at Caesars Sports:

Then there was this in-game wager, which wasn’t major, but was surely a major disappointment, as relayed by FOX Bet trading operations senior manager Dylan Brossman:

As noted above, the Bucs ended up losing 23-17 in overtime.

“Needless to say, this [bettor] is probably not too happy.”

Yeah, that’d sting a little bit. This is why I remind you again, never bet more than you can afford to lose.