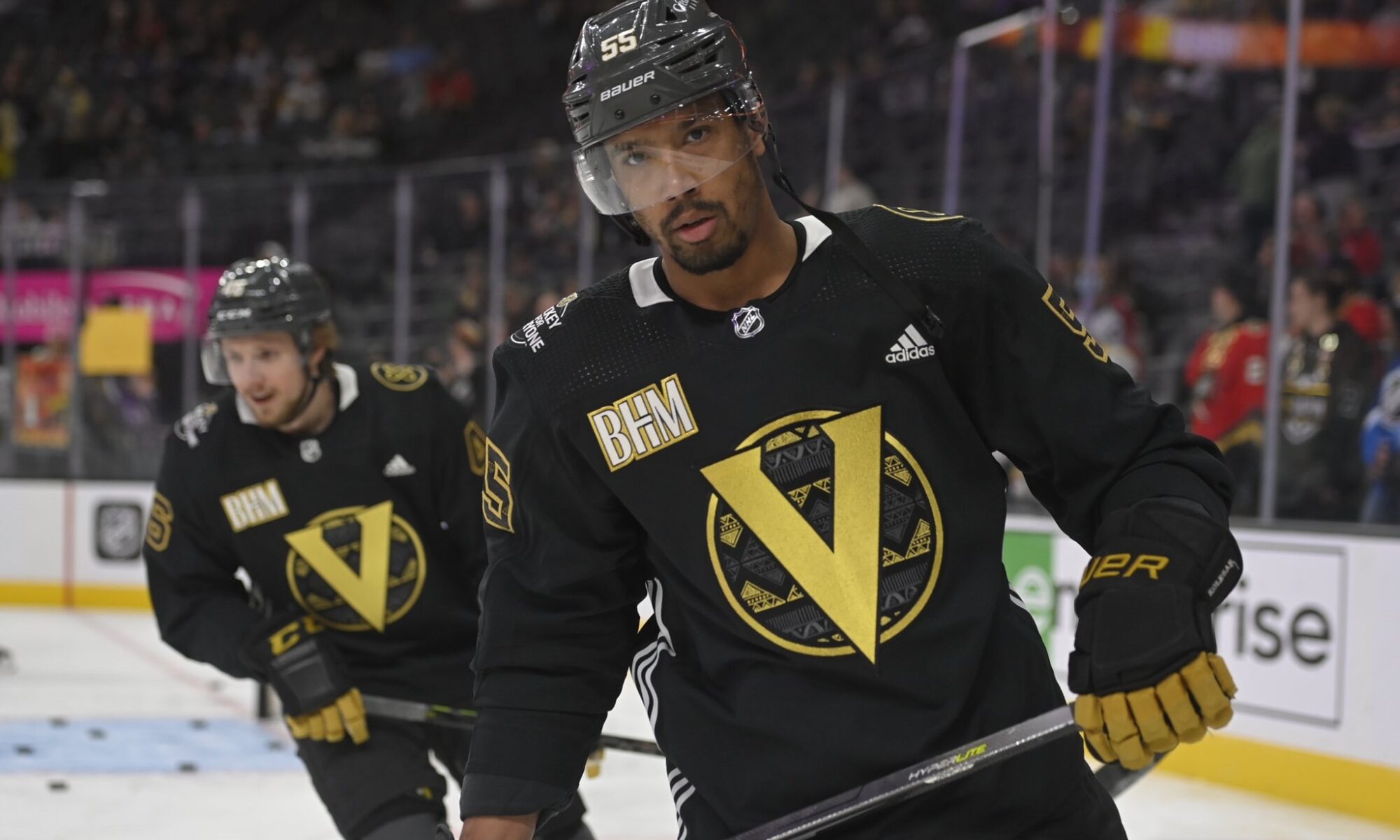 After a month of the 2022-23 NHL season, some teams are clearly surpassing preseason expectations while others have stumbled badly at the start.

In this week’s power rankings, we take a look at the preseason point total over/unders established by Caesars Sportsbook, and how far teams are beyond or below that mark based on their point projections.

Coach Bruce Cassidy has the Golden Knights exceeding their preseason over/under by the greatest number of points, thanks to a defense that’s the best in the NHL in front of steadier-than-expected goaltending.

While the rest of the NHL was wondering if their championship window was still open, the Bruins started the season by taking a wrecking ball, knocking down the entire wall and saying, “Here’s your window.” And they did it without Charlie McAvoy, who returned to the ice this week.

The Devils’ current pace would more than double their standings point total from last season (63). Amazing what a healthy core and some occasional saves can do.

The Pete DeBoer Effect is in full swing in Dallas, as the veteran coach averages a 103.5-point pace in his first season coaching teams. The Stars are slightly ahead of that at the start.

The Canes’ formula remains the same, as they’re getting nearly 62% of the shot attempts at 5-on-5 through 13 games. They’re a little ahead of their points projection — and their special teams haven’t jelled quite yet.

New head coach Rick Bowness is getting results with the Jets, who have seen a dramatic turnaround defensively year over year.

The Islanders’ goals-against average ranks in the top 10 thanks to the brilliant Ilya Sorokin, but their uptick in goal scoring year over year has put them on pace to exceed preseason expectations.

The Kraken infamously missed their preseasons point projections in their inaugural season, which were inflated based on the Golden Knights’ expansion success. Expectations were adjusted accordingly for Year 2 — and the Kraken are currently shattering them to challenge for the division lead.

The Avs’ big-name players are rolling — minus the injured Gabriel Landeskog — but their supporting cast hasn’t quite met the challenge of reaching their preseason point projection.

There was little chance the Panthers were going to replicate their 122-point juggernaut from last season, but some recent success has them back on a 100-point pace.

The Bolts have played to a 100-point pace for the past five seasons, but some injuries and an average start for Andrei Vasilevskiy have them missing their standings target for now.

Depending on the week, the Leafs are either a disaster that should cost everyone their jobs or a talented team that’s finally putting it together in the regular season, so those firings will have to wait until after the first round of the playoffs.

Few teams are defying expectations like the Flyers have so far. Much of that credit goes to the goaltending of Carter Hart, whose numbers are better than what you’d expect based on the play of the team in front of him.

The Kings get the Dennis Green memorial “They were who we thought they were!” award in the power rankings, as they are just three points off their preseason prediction after 16 games.

The Rangers are stronger analytically yet worse offensively than they were last season, which is a bit of a conundrum.

When GM Steve Yzerman made several veteran additions in the offseason, many assumed he believed the Red Wings were ready to turn the corner. Their point pace would indicate it’s less of a turn and more like a Mario Kart power glide.

Edmonton was already off its preseason points expectations when Evander Kane suffered that unfortunate skate cut injury to his wrist that will keep the top-line winger out for at least three months.

Nazem Kadri has been great, Jonathan Huberdeau has been OK, but Jacob Markstrom has been below average, with a quality starts percentage of .200.

The Sabres are running ahead of expectations but still have to shed the label as the NHL’s “start fast, fade quickly” team.

The Wild have yet to find their groove offensively, averaging 2.92 goals per game after hitting 3.72 goals per game last season. How much offense did Kevin Fiala take with him?

The Penguins snapped their seven-game winless streak, but it’s a long climb back to their projected preseason point total.

The Capitals are nearly 20 points off their preseason total thanks to a slew of significant names — Nicklas Backstrom, John Carlson, T.J. Oshie, Tom Wilson and Connor Brown — missing significant time.

Thanks to head coach Marty St. Louis and an offensively dominant top line, the Canadiens are blowing past their standings projections.

Based on preseason expectations — and those expectations were that the Blackhawks would be in the tank for Connor Bedard — Chicago is one of the league’s biggest surprises. First-year coach Luke Richardson has the Blackhawks playing hard, competitive games even in defeat.

The early-season struggles of Juuse Saros (.892 save percentage through 10 games) are one factor behind the Predators’ stumble out of the gate.

Amid lackluster play and front-office dysfunction, the Canucks are around 29 points off their expected total from the preseason.

Despite Erik Karlsson’s best efforts, the Sharks are running more than 20 points off their extremely modest preseason expectations.

Doesn’t it feel like the Coyotes should be even more than 19 points better than their preseason total? Or is that just what happens when a team wins in Toronto?

Many NHL executives and media pundits were proclaiming “watch out for Ottawa” before the season. We don’t think they meant “… because the Senators are going to fall woefully short of their point total projections,” but here we are.

The Blues are playing like a team that has lost its identity, lost its swagger and perhaps most of all lost its goal-scoring prowess, owning the league’s worst offense. They’re currently the NHL team missing the mark by the greatest point margin.

The Jackets have badly missed even the modest expectations they earned after signing Johnny Gaudreau in the offseason. Being 31st in offense and 32nd in defense will do that to a team.

The Ducks aren’t coming close to their preseason total at the moment, but what they lack in success in the standings they make up with fun, fun and more fun on the ice. We’ll also take “losing fun” over “losing boring” any day.