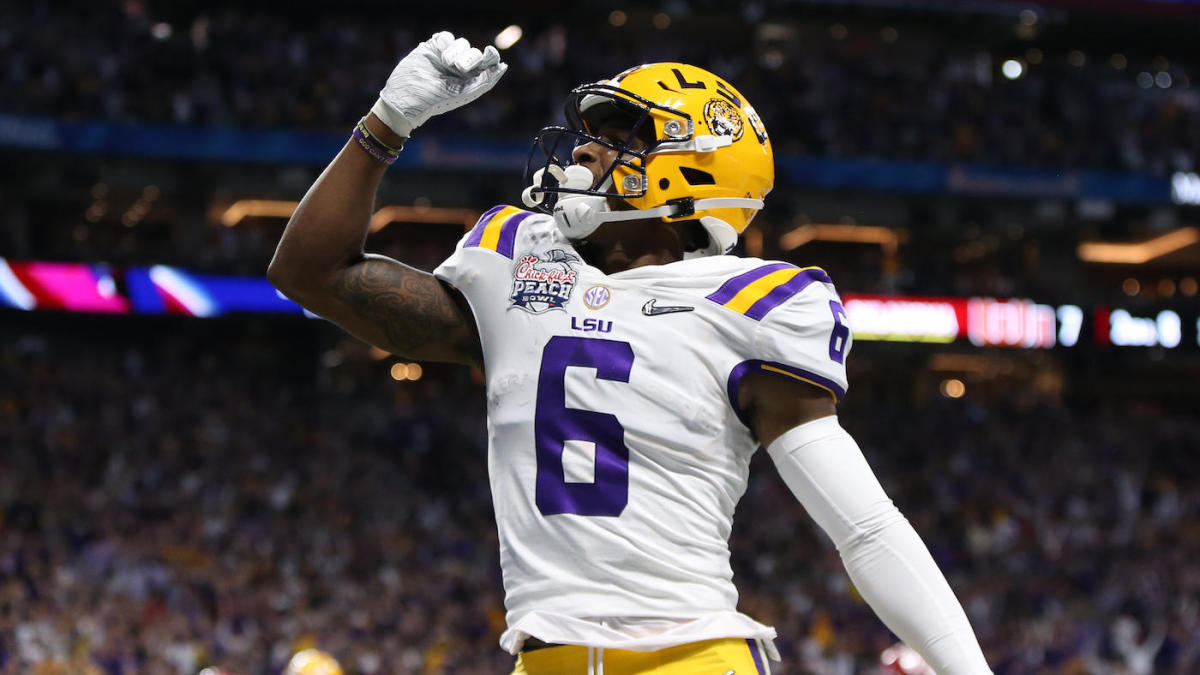 Just three weeks ago we had 15 undefeated teams.

It was a Saturday that saw two undefeated top four teams (Clemson, and Tennessee) go down while No. 6 Alabama lost to  No. 10 LSU.

So here are five things we learned on the first Saturday in November:

Alabama’s’ 32-31 loss in overtime at LSU Saturday night marks the earliest the Crimson Tide has posted two losses since the 10-3 team of 2010.

Barring a collapse by LSU in its final two conference games against Arkansas and Texas A&M (both on the road), Alabama’s loss all but eliminates any chance the Tide has of getting back to the SEC championship game and the College Football Playoff.

“It seems for starters that the window on the Saban dynasty is closing,” the SEC Network’s Finebaum said on ESPN’s Sports Center. “They’re not going to get back in it this year.”

2—Georgia (9-0) is in the driver’s seat to become the No. 1 seed in the College Football Playoffs!

The final score in Georgia’s 27-13 win over previously-No. 1 Tennessee doesn’t begin to show how much the Bulldogs dominated the game.

Georgia led 24-6 at halftime. At the start of the second half Georgia held the ball for 15 plays and ate up 8:57 on the clock. To use an old phrase, Georgia imposed its will on the Volunteers.

Georgia’s road is clear. The Bulldogs have road games remaining with Mississippi State (Saturday, 7 p.m., ESPN) and Kentucky plus a home game with Georgia Tech. Keep winning and the Bulldogs will stay No.1. That’s important because the No. 1 seed in the playoffs allows Georgia to play the first round in the Chick-fil-A Peach Bowl in Atlanta instead of the Fiesta Bowl in Glendale, Ariz.

3—Despite the loss to Georgia Tennessee (8-1) can still get into the playoffs.

Georgia can clinch its spot in the SEC championship game on Saturday with a win over Mississippi State. So even if Georgia loses its last SEC game at Kentucky on Nov. 19, Tennessee can finish no better than a 7-1 tie with Georgia. Georgia would win the tiebreaker with Tennessee because it beat the Vols head-to-head.

The way it’s shaping up now there will be at least two one-loss teams in the playoff. Tennessee could make a strong claim as the best of the one-loss teams with wins over LSU (7-2) and Alabama (7-2) and its only loss coming to No. 1 Georgia in Athens.

A word of advice to the Vols: Win the last three games—Missouri, South Carolina, and Vanderbilt—with “style.”

4—Despite having two losses, LSU (7-2) will go to the College Football Playoff if it wins out.

I’m sure the Tigers and Brian Kelly would love to have that opening game with Florida State (a 24-23 loss) back. But after LSU’s 32-31 win over Alabama in Baton Rouge, the Tigers control the SEC West. Win the final two conference games with Arkansas and Texas A&M and the worst the Tigers can do is finish in a 7-1 tie with Ole Miss. LSU would get the spot in the SEC championship game by virtue of its 45-20 win over Ole Miss on Oct. 22.

Assuming that LSU beats UAB on Nov. 19 and then wins in Atlanta. LSU would be an 11-2 SEC champion. It would have wins over Alabama, Ole Miss. and probably Georgia.

A two-loss team has never made the College Football Playoff since it began in 2014. LSU would be the first.

5–Ole Miss (8-1) still has a path to the playoffs but the Rebels are going to need some help:

Ole Miss, No. 11 in the first CFP rankings, had last week off and were able to watch the carnage.

First of all, they need to win out against Alabama, Arkansas and Mississippi State and finish 7-1 in the conference..

Alabama’s loss to LSU hurt the Rebels because if they finish 7-1  in the conference and tied with LSU, then LSU wins the tiebreaker based on the Tigers’ head-to-head victory.

If Ole Miss finishes 7-1, then the Rebels would need LSU to lose to either Arkansas or Texas A&M and finish 6-2.