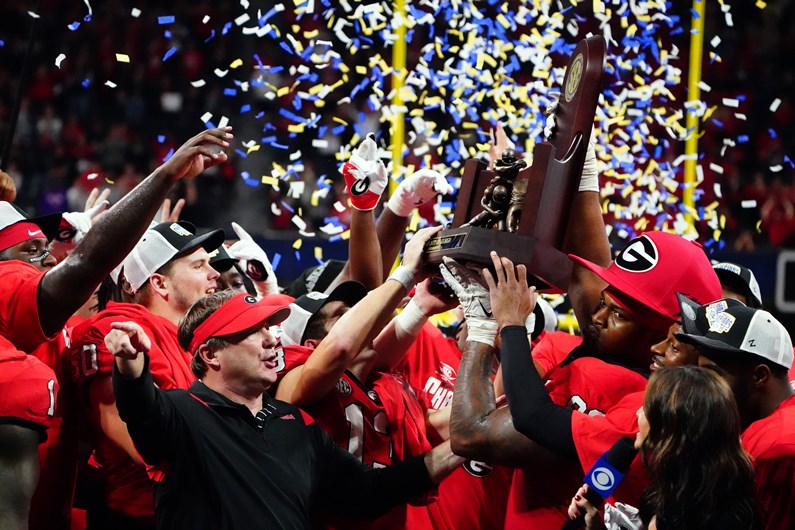 Georgia has opened at +275 odds to win the national title after winning its second title in as many years this past season. The top-five favorites also include Alabama, Ohio State, Michigan, and USC.

Jan. 10: Georgia has opened as the heavy favorite to three-peat in the national championship odds (+275), with Alabama a distant second at +550 and Ohio State third at +750.

There are only seven “active” coaches with national championship rings locked away (if we count recently retired Urban Meyer). Alabama head coach Nick Saban has twice as many as any other active coach.