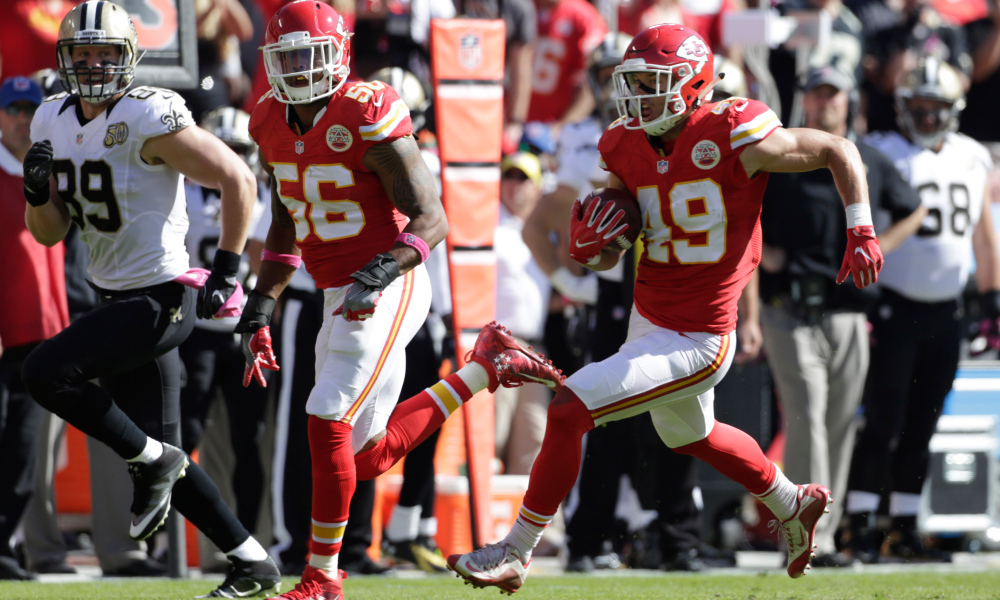 In a Monday night thriller for the ages, the Ravens outlasted the Browns 47-42, miraculously covering as 3-point favorites on a last-second safety. After a back-and-forth 4th quarter with several lead changes, Baltimore’s Justin Tucker nailed a 55-yard field goal with just 2 seconds left to break a 42-42 deadlock and give the Ravens a 45-42 lead. The game closed at Baltimore -3. This meant the game would result in a push for both favorite and dog bettors. But then on the final play of the game, the Browns lateraled the ball countless times. The final lateral went back into their own end zone, resulting in a safety with no time left on the clock. Ravens win 47-42 and cover the -3. For Browns + 3 bettors, it was a bad beat that will live forever in infamy.

The public cashed one of the easiest overs of all time. The total actually fell from 47 to 45.5 behind some respected under money. But the two teams combined for an 89-point shootout, nearly covering the over in their own right.

There is a lot on the line with this AFC East showdown. The Patriots (6-7 SU, 6-7 ATS) are still in the hunt for the playoffs but will likely need to win their final three games (and get some help) in order to reach the postseason. New England just got smoked by the Rams 24-3, failing to cover as 5-point road dogs. The Dolphins (8-5 SU, 10-3 ATS) hold the 7th and final playoff seed but need to keep winning with several teams creeping up behind them. Miami just fell to the Chiefs 33-27, although they managed to cover as 7-point home dogs. This line opened with the Dolphins listed as 2.5-point home favorites. The public has given up on New England and rushing to the window to back Miami at home laying a short spread. However, despite this lopsided betting we’ve seen the line remain frozen at -2.5 and even briefly dip to 2 at some shops, signaling some respected money backing the Pats plus the points. New England has value as divisional dog (55% ATS this year), a short road dog + 6 or less (63% ATS) and a buy-low dog off a 20-point blowout loss or more (59% ATS). The Patriots also have a rest advantage, having last played on Thursday while the Dolphins played Sunday. Pros have also hit this under, dropping the total from 42.5 to 41.5. This matches a late season divisional under trend. Both teams have been profitable to the under, with the Pats 9-5 and Dolphins 8-5.

Both of these NFC North rivals are fighting for their playoff lives and desperate for a win. The Bears (6-7 SU, 6-7 ATS) finally snapped their six-game losing skid last week, beating the Texans 36-7 and winning outright as 1-point home dogs. Meanwhile, the Vikings (6-7 SU, 6-7 ATS) just fell to the Bucs 26-14, failing to cover as 6.5-point road dogs. This line opened with Minnesota listed as a 3.5-point home favorite. The public is relatively split and doesn’t know whether to take the points or lay them. However, despite this even ticket count we’ve seen the line drop from Vikings -3.5 to -3. This signals some wiseguy money gravitating to the Bears. Chicago has value as a road divisional dog and a short road dog + 6 or less (63% ATS this season). We’ve also seen some under money show up, dropping the total from 47 to 46. This would match a late season divisional under trend. The Vikings have been an over team this season (8-4-1) while the Bears have been profitable to the under (8-5). Minnesota beat Chicago 19-13 in Week 10, covering as 3-point road favorites.

Bettors are in for a treat with this possible Super Bowl preview. The Chiefs (12-1 SU, 6-7 SU) have won eight straight and just took down the Dolphins 33-27, although they failed to cover as 7-point road favorites. The Chiefs are 5-0 straight up but 0-5 ATS over their last five games. Meanwhile, the Saints (10-3 SU, 7-6 ATS) just saw their nine-game winning streak come to an end last week, falling to the Eagles 24-21 and losing straight up as 7.5-point road favorites. This line opened with the Chiefs listed anywhere between a 3-point and 4-point road favorite. The public has no issue laying this number as Patrick Mahomes and company are an auto-beat for recreational bettors every week. However, respected money has come down on the Saints at + 4, causing several shops to drop back down to 3.5. New Orleans has value as a short home dog off a loss. The Saints also have elevated contrarian value as they are receiving a clear minority of bets in what will be an incredibly heavily bet game. Keep an eye on the status of Saints quarterback Drew Brees. There is an outside shot he could return for this game. If he can’t, New Orleans will once again turn to Taysom Hill.

Seahawks -4 to -6 at Washington