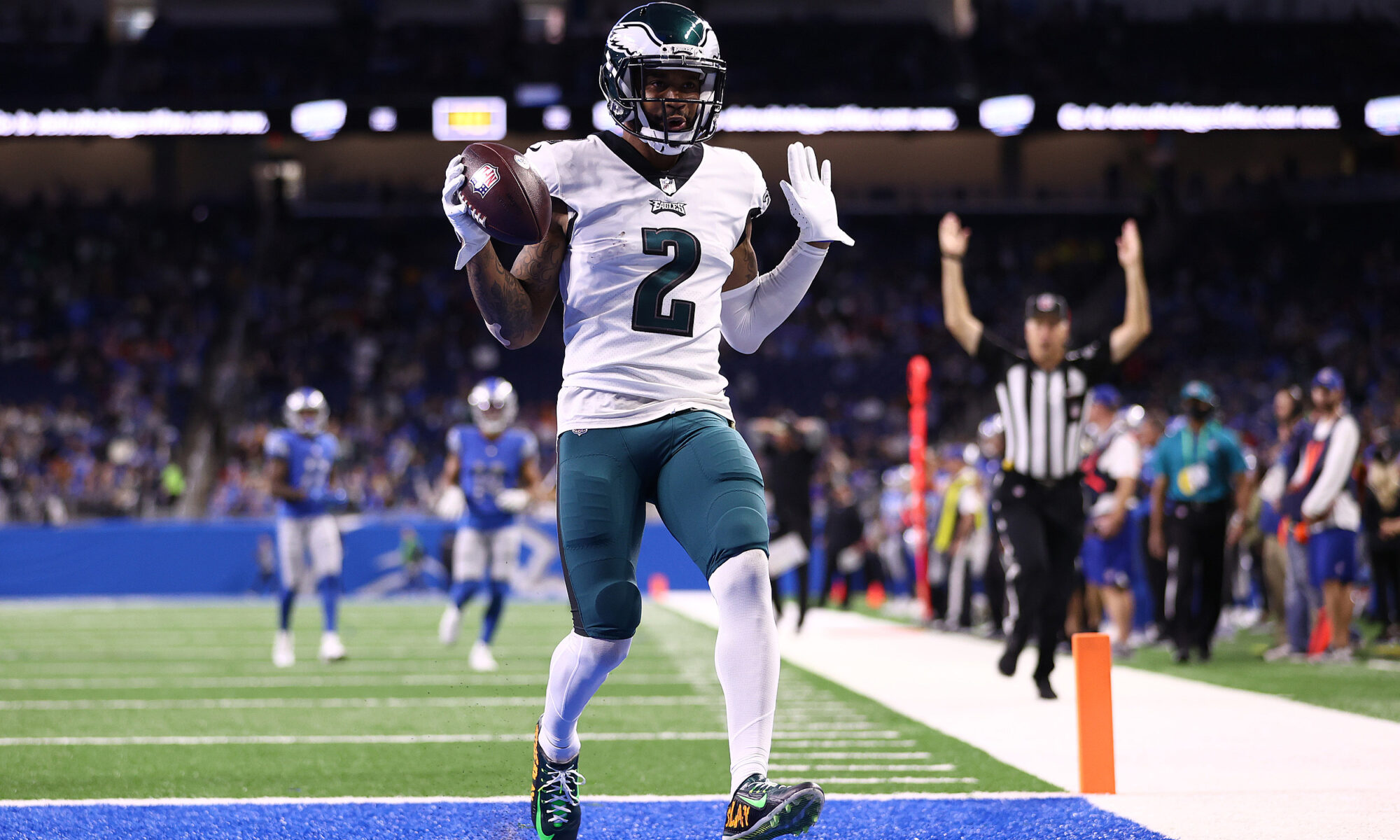 We open the 2022 NFL Season with a Blockbuster! The Buffalo Bills travel to LA to face the LA Rams. What a way to kick off the season!

If we look at the current Super Bowl futures odds, the Bills are the top choice on the board, while the defending champion Rams are not too far away. Said another way, the NFL season could begin and end with the same exact matchup.

The Buffalo offense remains potent with Josh Allen at the helm, while the defense got a lift with the signing of Von Miller. Los Angeles is loaded once again, and the chemistry between Matthew Stafford and all-world wideout Cooper Kupp should only improve in year two.

If we look at the current Super Bowl futures odds, the Bills are the top choice on the board, while the defending champion Rams are not too far away. Said another way, the NFL season could begin and end with the same exact matchup.

The Buffalo offense remains potent with Josh Allen at the helm, while the defense got a lift with the signing of Von Miller. Los Angeles is loaded once again, and the chemistry between Matthew Stafford and all-world wideout Cooper Kupp should only improve in year two.

These two squads hooked up in Week 1 last year in Tampa Bay. The result was a 31-29 win for the Buccaneers, but the Cowboys easily covered as nine-point road underdogs. Dallas is the dog once again, but this time on its home field.

It’s a quality opener for this year’s Sunday Night Football schedule, and the spread should be one of the more interesting to watch as Week 1 approaches. Tampa Bay is the current favorite to win the NFC, while Dallas is the fifth choice in the futures market.

It’s a little early to start christening preseason darlings, but a lot of love has been heading in the direction of Philadelphia. The trade for A.J. Brown has certainly helped to bolster enthusiasm, as Jalen Hurts suddenly has another weapon at his disposal.

Over in Detroit, there were growing pains for first-year head coach Dan Campbell and company a season ago, but the club did show some fight under his watch. Notable improvement could finally be in the cards for long-suffering Lions fans.

Plenty of kudos have gone to the Ravens for what looks like a solid haul at the NFL Draft. Last year, the Ravens went from AFC frontrunner at 8-3 to one that missed the playoffs at 8-9 after a major rash of injuries.

Meanwhile, the Jets were a disaster in 2021, but the hope is that Zach Wilson will fare better in year two. If not, it could be back to the drawing board once again in the Big Apple.

Change is in the air in both cities as we head toward the new season. Doug Pederson, the former Super Bowl-winning coach of the Eagles, is now leading the way in Jacksonville. He’s tasked with putting the pieces back together after a trying season under Urban Meyer.

The brief Carson Wentz era is over in Indianapolis and he’s now penciled in as the starter for a Commanders team that closed out last year at 7-10. There’s talent on both sides of the ball in Washington, so we’ll see if head coach Ron Rivera can get over the hump in year three.

After coming up short in last year’s NFC title game, the 49ers were expected to trade Jimmy Garoppolo and hand the reins to Trey Lance. Garoppolo, though, is still in town for a team that could contend once again, but we can consider this a fluid situation that’s subject to change.

The Bears failed to impress during the offseason. While there’s optimism that Justin Fields could finally be the answer at QB, there’s just not a lot of talent for him to lean on. Much to the chagrin of Chicago fans, the Bears could be in a battle for the NFC North basement.

A year after QB Drew Brees hung up his cleats for good, head coach Sean Payton joined him. Dennis Allen is the new head coach for a team that still has the talent to contend in what looks like a wide-open NFC.

There are questions in Atlanta as Arthur Smith enters his second season as head coach. The team shipped Matt Ryan off to the Colts, so it’s now Marcus Mariota as QB1. Barring any additional moves, the offense looks like a trouble spot for the Falcons.

Matt Ryan is the latest veteran signal-caller to get the nod in Indianapolis. He had his struggles in Atlanta last year, but the same was true for the rest of the team. Ryan joins a squad that heads toward the season as the market favorite to win the AFC South. The Colts’ defense is legit, while Jonathan Taylor is a wrecking ball out of the backfield.

As for the Texans, the team has finally moved on from Deshaun Watson as the rebuild continues. Lovie Smith has his work cut out in his first year on the Houston sidelines.

Times are changing in the AFC North. The Bengals are the defending division champs and are fresh off a surprising Super Bowl berth. Joe Burrow and Ja’marr Chase are a dynamic duo on offense, while the defense seemed to keep getting better last season.

In Pittsburgh, the retirement of Ben Roethlisberger opens the door to a new era. Mitchell Trubisky and rookie Kenny Pickett will likely be battling in camp for the starting QB gig. A year after a playoff berth, the Steelers have the look of a team with work to do in the AFC North.

This AFC East battle is a meeting of two clubs whose expectations are heading in opposite directions. The Patriots looked great at times last season, but a quick exit in the playoffs and a questionable offseason of moves have led to some head-scratching in New England.

Down in Miami, the party appears to be just getting started. The team traded for speedster Tyreek Hill to further bolster its offense. The stage is set for Tua Tagovailoa to take a leap forward. Whether he does so will be one of 2022’s more interesting stories to watch.

The award for offseason drama seems like a lock for Cleveland. The team swung a trade for Deshaun Watson and his legal troubles, while a messy breakup with former first overall draft pick Baker Mayfield has led to him being traded to the Panthers, the team they’ll be facing in Week 1.

The potential revenge game narrative should dominate the news cycle in the days leading up to kickoff. Opening odds for this game have the Browns as a slight road favorite, but the numbers could shift in the wake of Watson’s suspension. Jacoby Brissett will be behind center for Cleveland.

New GM Joe Schoen and head coach Brian Daboll, both formerly of Buffalo, face the task of righting the ship for a Giants team that hasn’t been to the playoffs since 2016. The club got some high marks after the NFL Draft, so fortunes could be improving.

The Titans have been to the postseason three years in a row. They could end up battling it out with the Colts for the AFC South crown, but the trade of A.J. Brown has opened up some questions about the potency of the offense, but top RB Derrick Henry is expected to be back at full speed.

There’s still plenty of time for movement, but this game currently checks in with the highest total of Week 1 at 53 points. We could see some fireworks in the desert as a result, but the changing casts on both sides suggest that the offenses may need some time to gel.

Among the notable moves, Tyreek Hill is on to Miami from Kansas City, while Marquise Brown is now in Arizona following a draft day trade from the Ravens. Regardless of who is catching the ball, Patrick Mahomes and Kyler Murray could put on a show.

The AFC West appears poised to be ultra-competitive this season. The three clubs that have been playing catch-up with the Chiefs all made big improvements in the offseason. For the Raiders, new head coach Josh McDaniels could get more out of the offense, and the team’s trade for Davante Adams made that even more likely.

The Chargers’ defense, meanwhile, could take a leap forward following the addition of Khalil Mack. It might only be Week 1, but this could prove to be a pivotal game in the division standings once the season is in the books.

The Packers have had the run of the NFC North for three years running. Aaron Rodgers will be back to try for his third straight NFL MVP award, but the clock is ticking on his quest for a second Super Bowl ring in Green Bay.

Minnesota is another team with a new head coach for 2022. The offense could improve under new head coach Kevin O’Connell, formerly the offensive coordinator of the Rams.

For the final game of Week 1, the schedule makers once again demonstrate a flair for the dramatic. One of the offseason’s biggest stories was the trade of Russell Wilson from the Seahawks to the Broncos. The story continues on Monday Night Football.

Denver has quickly moved up odds boards with Wilson’s addition, while the Seahawks appear to be taking a step back. It looks like a great way to close out the opening week and kick off MNF.