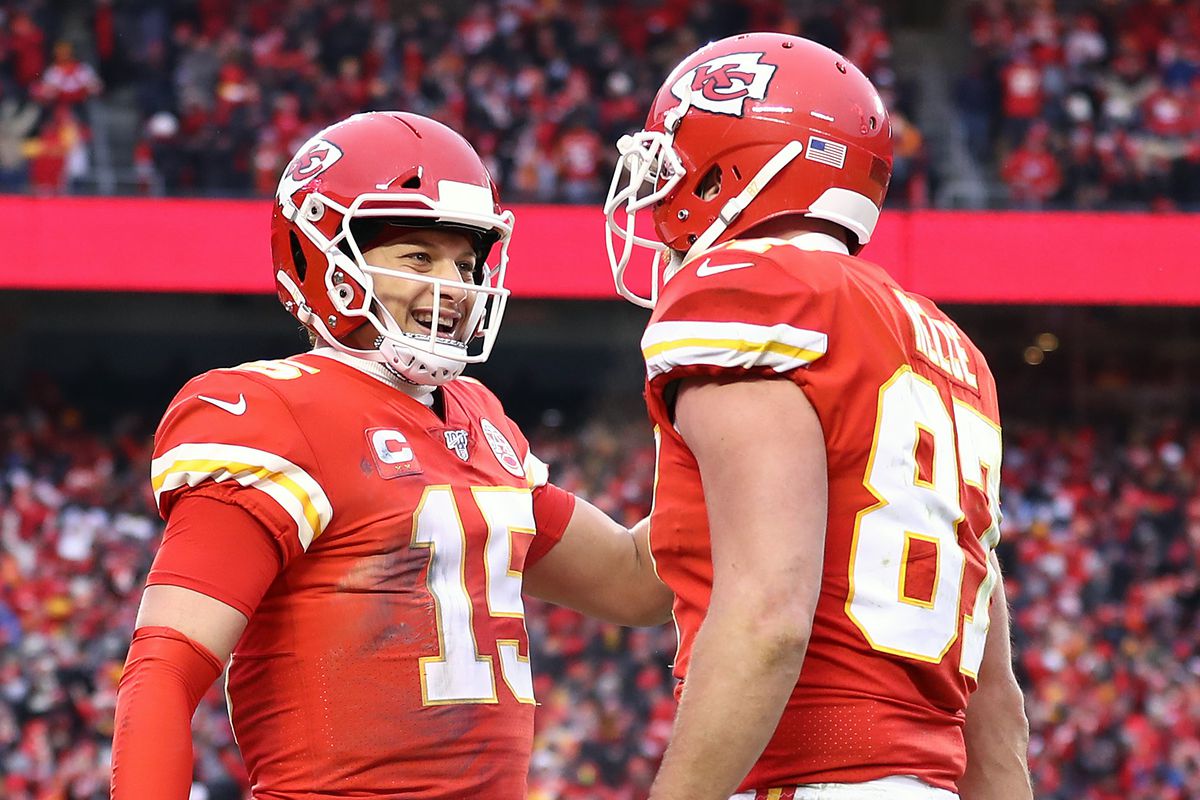 Below are updated Super Bowl odds along with the latest on each NFL team.

Tampa Bay Buccaneers (+600): Tom Brady has become the prohibitive favorite to win Most Valuable Player (-150 at DraftKings Sportsbook) after another clutch performance. The Bucs defense continues to improve with Richard Sherman (calf) and Sean Murphy-Bunting (elbow) back in the secondary.

Kansas City Chiefs (+500): The Chiefs covered in a whacky 34-28 road victory over the Chargers. Kansas City is now two full games ahead of the Chargers for the AFC West lead.

Green Bay Packers (+525): Aaron Rodgers has quickly returned to his MVP form with 10 TDs and zero turnovers over his last three outings. The Packers defense should only grow stronger as Jaire Alexander (shoulder) shakes off the rust and LT David Bakhtiari could also be fully healthy come postseason time.

New England Patriots (+1100): Since Devin McCourty insinuated that the Patriots need to switch up some schematic strategies at the back end, New England has been the hottest team in football with 13 interceptions during a 7-game win streak. They’re 6-0 on the road and will look to stay perfect this weekend as they play at Indianapolis.

Arizona Cardinals (+1800): The Cardinals defense had been a force all year but the unit stumbled Monday night as Matthew Stafford lit them up with 3 TD passes and Cooper Kupp posted 123 yards receiving. Kyler Murray threw for 383 yards but had zero TD passes and was picked off twice.

Dallas Cowboys (+1200): The Cowboys have sputtered to a 9-4 record with key injuries impacting their offense lately, but Randy Gregory returned from a month-long absence to spark their defense along with rookie Micah Parsons in a key win at Washington.

LA Rams (+1100): The Rams scored a huge 30-23 win at Arizona to keep pace in the hunt for the NFC West title and they are also still very much alive for the No. 1 overall seed in the NFC as they currently own a 9-4 record (Green Bay is the current top seed at 10-3). Odell Beckham Jr. and Von Miller are starting to impact their new team in a big way.

Buffalo Bills (+1200): While the Bills would be a tough draw for any opponent in the Wild Card round, they currently sit at 7-6 with a 65% chance of making the playoffs. Without elite CB Tre’Davious White (ACL) their secondary looked vulnerable in a loss at Tampa.

LA Chargers (+3500): Brandon Staley’s hyper-aggressiveness cost him big-time against the Chiefs on Thursday and it now looks like the Chargers will have to get into the playoffs via a wild card than the division title.

Tennessee Titans (+2600): Granted it came against the lowly Jaguars, but Mike Vrabel’s defense turned in what might have been the most impressive performance of the year off their bye week, limiting Jacksonville to 8 rushing yards in a 20-0 shutout.

Indianapolis Colts (+2200): Jonathan Taylor has carried the Colts offense with 18 total TDs over a 7-3 stretch and their defense is up to eighth in weighted DVOA. It will be an intriguing matchup of strength on strength when the Patriots come to town on Saturday.

Baltimore Ravens (+5000): A 24-22 loss at Cleveland, coupled with an ankle injury to Lamar Jackson, has caused the Ravens’ Super Bowl odds to drop from +1600 to +3500 at DraftKings. They’re also missing top CB Marlon Humphrey (pec) heading into a tough four-game stretch to close their season.

San Francisco 49ers (+3500): Deebo Samuel and Fred Warner returned from their respective one-game absences and George Kittle had another huge game to pace the Niners, as they held off a furious late rally for a 26-23 OT win in Cincinnati.

Cleveland Browns (+6000): Myles Garrett, Jadeveon Clowney, and Takk McKinley arguably form the most potent pass rushing trio in football. The Browns can compete with anyone if they can maintain some success with their rushing attack to keep those linemen rested.

Cincinnati Bengals (+4000): Joe Burrow and Ja’Marr Chase have hooked up for 1,035 yards and 10 TDs, including a pair of deep strikes to force OT in Week 14. The future is bright for the Bengals with those young stars leading the offense.

Minnesota Vikings (+12500): The Vikings stayed alive in the NFC playoff hunt by avoiding an epic collapse against the Steelers on Thursday night, but their season could effectively end if they lose at the Bears next Monday night.

Denver Broncos (+30000): The Broncos are in the thick of the AFC Wild Card hunt with a 7-6 record but they trail the Bills, Bengals, and Browns in terms of tiebreakers.

Philadelphia Eagles (+12500): Jalen Hurts (ankle) is expected to start when the Eagles come out of their bye week for four NFC East showdowns to close out the season. They could play spoiler with an approximate 25% chance of making the playoffs in their own right.

New Orleans Saints (+15000): Alvin Kamara (knee) appears to be healthy again and Taysom Hill gives the Saints offense a new dimension, but he’s not really threatening defenses down the field with his injured finger.

Pittsburgh Steelers (+15000): T.J. Watt is tied with Myles Garrett at +300 to win Defensive Player of the Year. The Browns have a 37% chance to make the playoffs, though, and the Steelers are more of a longshot with a 13% chance to hop the other teams in their division.

Washington Football Team (+22000): The Football Team’s 4-game win streak came crashing to a halt with Taylor Heinicke overwhelmed by the Cowboys defense. They still hold tiebreakers over the other 6-7 teams in the NFC heading down the final stretch.

Seattle Seahawks (+34000): Jamal Adams (shoulder) is out for the rest of the season but the Seahawks have won two in a row to keep their slim playoff hopes alive.

Las Vegas Raiders (+32500): The Raiders have dropped five of their last six games with Derek Carr absorbing 14 sacks and tossing five picks in that span. Now he’ll have to face the Browns’ elite pass rush on the road.

Miami Dolphins (+25000): The Dolphins have won five straight and are allowing just 11 PPG with 19 sacks during that span. They only have a 6% chance to make the playoffs, but could certainly play a spoiler role these next few weeks.

Atlanta Falcons (+100000): Atlanta’s defense led the way in a 29-21 win over Carolina to keep them in the hunt at 6-7. They still trail Washington, Minnesota, and Philly in terms of tiebreakers for the final Wild Card spot.

New York Giants (+500000): The Giants have only scored 22 TDs over 13 games and are relegated to playing spoiler now with a 4-9 record heading into their final NFC East games.

Carolina Panthers (+175000): With Christian McCaffrey (ankle) lost for the season and Cam Newton taking over under center, the Panthers parted ways with OC Joe Brady and will look to experiment with a run-first approach down the stretch.

Opening odds to win the Super Bowl were posted on the Sunday of the AFC and NFC title games last season. Here are the Super Bowl odds from then and updated prices.