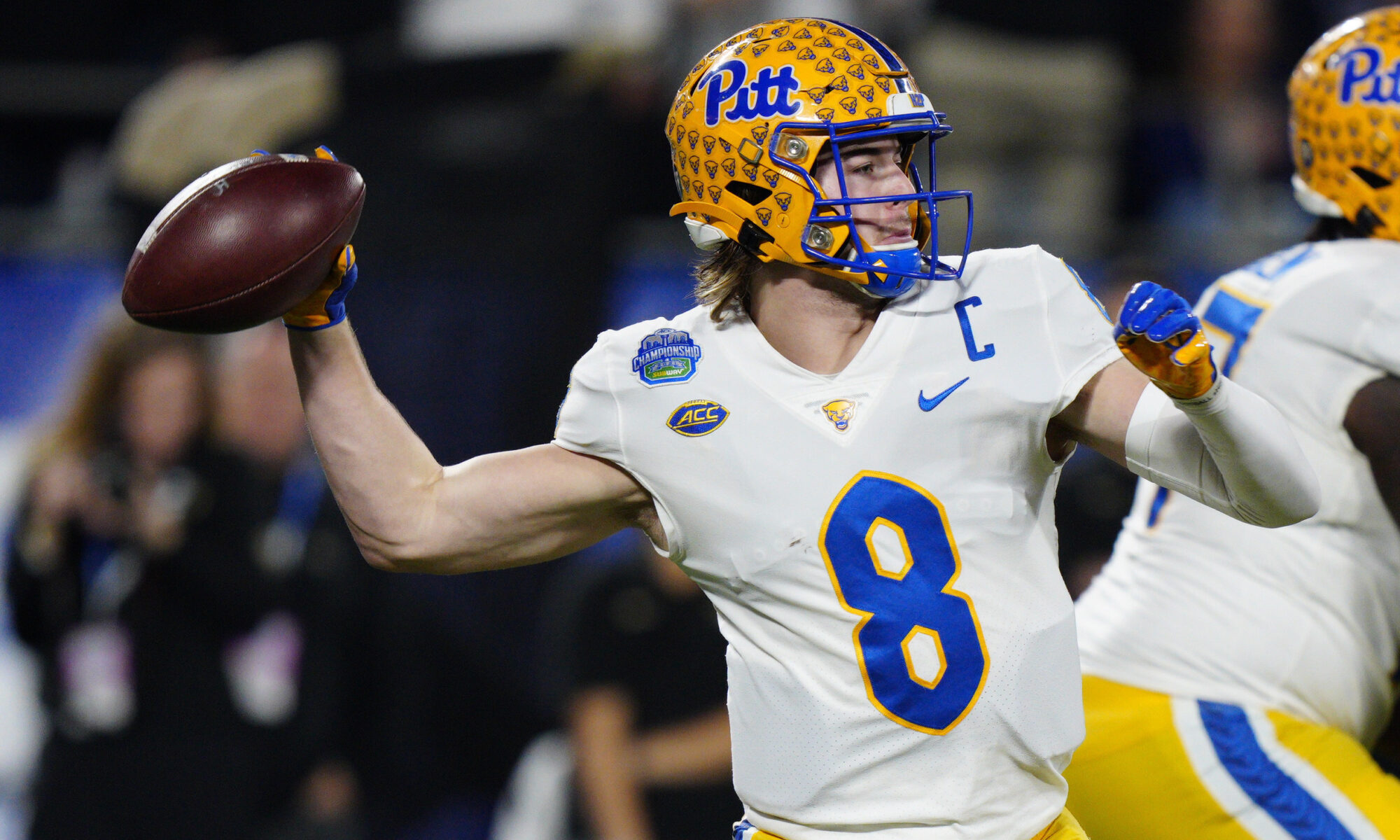 No. 4 Cincinnati in the Cotton Bowl Classic and No. 2 Michigan facing No. 3 Georgia in the Orange Bowl. The New Year’s Day Six slate is loaded, and there are more than enough bowl games to get through the holidays.

Each year we dominate the Bowl Games. Whether it’s an underdog to bet on the Moneyline or a Favorite like Michigan -10 over Iowa, that we know will be in Blowout Mood – we’ve got you COVERED ATS!

Last Year we finished 29-16-1 ATS overall in the Bowls and 16-5 in the NFL Playoffs. Certainly a SOLID YEAR! But we’ve been even better in the Bowls in previous seasons. Our Best in 2005 going 30-8 ATS OVERALL!

Whether you bet small or Big we can assure you a Solid Return on the small Investment of just $249, which covers you for  over 35+ Big Bowl Selections, the Entire NFL Playoffs. The REST OF FOOTBALL all the way through the SUPERBOWL!

And it breaks down to less than $4 per selection.

MORE: Make the Most MONEY in the COLLEGE BOWLS!

The Conference-USA champions are a short favorite against the Aztecs, who were blown out in the Mountain West championship game. San Diego State allows just 77.7 rushing yards per game, so Roadrunners star running back Sincere McCormick will have to earn it. There is some value with the Aztecs here.

Missouri allows 229.3 rushing yards per game, and that can be a nightmare recipe against the Black Knights, who played Wisconsin tight in a slugfest and Wake Forest close in a shootout. Army finds the in-between in a victory against the Tigers. Army is 4-1 S/U in its past five bowl games.

When Florida and UCF were arguing about a 2-for-1 series, they had a matchup between Florida interim coach Greg Knox and former Auburn coach Gus Malzahn in mind, right? There will be some heat on this in-state matchup, and that might wake the Gators up with new coach Billy Napier watching.

They made a bowl just for the Mean Green and RedHawks. North Texas running back Deandre Torrey is an exciting player who showed out in a five-game winning streak to end the regular season. Miami is looking for its first bowl win since 2010. North Texas can score and score quickly but can their defense get off the field?

The  Memphis Tigers face the Hawaii Warriors on Christmas Eve after a somewhat disappointing season. Memphis is 2-5 ATS as a favorite this season. Hawaii was 4-2 at home this season with a pair of one-score losses.

The Panthers covered in six of their last seven games as part of a stretch that also included a near upset of Louisiana. Ball State lost two of its last three. Darren Grainger (16 TDs, 4 INTs) is an efficient QB who won’t make a lot of mistakes.

A lot of eyes will be on NFL prospect Carson Strong, the Wolfpack quarterback who had 36 TDs and eight INTs this season. Nevada coach Jay Norvell is leaving, however, and the Broncos are close to home. Running backs Sean Tyler and La’Darius Jefferson slow the game down, and the Broncos pull out the upset.

The Pirates are a dangerous underdog that won four of their last five games and were 5-3 ATS as an underdog. Boston College’s regular season ended with a whimper in back-to-back losses to Florida State and Wake Forest, but Jeff Hafley can build momentum toward Year 3 here.

There is not a ton of confidence in Auburn in the local Birmingham Bowl, but T.J. Finley should be able to make enough plays in the passing game and the defense will create a few turnovers against the Cougars. Bryan Harsin ends a four-game losing streak to close out an erratic first season.

How will the Cardinals handle the Falcons’ triple-option attack? Air Force had three losses by a combined total of 17 points. Malik Cunningham will make a handful of explosive plays for the Cardinals, but the Falcons’ are just a nasty matchup. Troy Calhoun is 5-5 in bowl games.

The Mike Leach Bowl should be fun. The Bulldogs have a passing attack that will look familiar to Red Raiders’ fans. It ranks third in the FBS at 385.7 yards per game. Texas Tech was 3-5 ATS as an underdog, but they were in shootouts with Iowa State and Baylor.

Here is another virtual pickup and intriguing Alliance matchup. N.C. State had a pair of heart-breaking losses that kept them out of the ACC championship game. Both teams closed the season strong. The Bruins average 215.1 rushing yards per game, and Dorian Thompson-Robinson will keep that on schedule in a thriller.

The Gophers closed the season with a victory against Wisconsin and would love to keep that momentum rolling against the Mountaineers, who were 3-3 ATS as an underdog. Mountaineers coach Neal Brown is 4-0 S/U in bowl games. It could be close.

What else would the line be? Both teams will have new coaches in 2022. It’s a matchup of top-25 scoring offenses, and SMU’s Tanner Mordecai and Virginia’s Brennan Armstrong can put up big numbers. The Fenway Park setting will be cool, too.

The Hokies fired Justin Fuente, and Maryland is back in a bowl game for the first time since 2016. Motivation could be a factor on both sides, but the Hokies are the better team (we think). Maryland has looked pretty good on offense at times, so has Va Tech…but it’s the better defense that will win this one.

Clemson in the Cheez-It Bowl? The Tigers can still make it to 10 wins, and Dabo Swinney surely will use the underdog card against the Cyclones, which are trying to send Brock Purdy and running back Breece Hall out as winners. Clemson has been playing VERY WELL down the Stretch!

Both schools saw their College Football Playoff runs disappear late in the season, and if Mario Cristobal takes the Miami job both schools will have new coaches in 2022. Freshman quarterback Caleb Williams had growing pains, but this game launches a legitimate Heisman campaign for 2022.

Hold the mayo, right? Mack Brown’s second stint at North Carolina began with a 24-20 victory against South Carolina in 2019. Now, first-year coach Shane Beamer has a chance to return the favor with an over-achieving Gamecocks team. Sam Howell will play in the bowl game, and that’s why we are favoring the Tar Heels.

Josh Heupel has a chance to cap off an encouraging first season with the Vols. Purdue ranks eighth in the FBS in pass offense. The Boilermakers can finish a nine-win season. This should be one of the more entertaining high-scoring games of Bowl Season.

It’s a matchup of 8-4 teams that had disappointing seasons considering the preseason hype, and it’s an exciting running back matchup between 1,000-yard rushers Braelon Allen and Rachaad White. The Badgers are 5-1 S/U in bowl games under Paul Chyrst.

It’s a rematch of the 2017 Belk Bowl, which Wake Forest won 55-52. The Aggies are 3-0 S/U in bowl games under Jimbo Fisher, however, and they are trying to avoid a five-loss season. The Demon Deacons will make it interesting with their high-flying offense, but the Aggies pull out the victory late.

Washington State and Miami meet in yet another matchup between Power 5 teams that will have a new coach in 2022. Senior running back Max Borghi led the Cougars to a victory in the Apple Cup, and he’ll double down here against the Hurricanes. Miami is 1-5 ATS as a favorite against FBS teams this season.

Arkansas is back in a bowl game for the first time since 2016, and the Razorbacks have been reliable with a record of 4-1 ATS as an underdog. Penn State had a tough-luck 7-5 season. Both teams have three losses against teams that made the New Year’s Day Six.

A mirror-image matchup against hard-nosed teams that rely on the running game. The Hawkeyes led all Power 5 schools with a +13 turnover margin. Kentucky is shooting for a 10-win season under Mark Stoops, who signed an extension during the coaching carousel. Both teams have won their past three bowl games.

Boise State won four of its last five games under first-year coach Andy Avalos, and the Broncos can put a capper on that against the Chippewas. Central Michigan is 3-1 ATS as an underdog this season.

New LSU coach Brian Kelly likely will be watching from the luxury box as the Tigers try to finish a winning season. That means keeping Kansas State running back Deuce Vaughn, who had 1,258 yards and 15 TDs, in check. LSU is 2-5 ATS in games with single-digit spreads. This is a tough call.

Pat Narduzzi was a longtime Michigan State defensive coordinator before taking the Pitt job. Kenny Pickett and Kenneth Walker III were two of the pleasant surprises of the 2021 season, and both will make big plays in this high-scoring matchup. The Panthers score one for the ACC in a thriller that sets the tone for the New Year’s Day Six.

Notre Dame coach Marcus Freeman will make his debut in a New Year’s Day Six Bowl, and this promises to be a defensive battle given that the Irish and Cowboys ranked in the top 10 in scoring defense. Notre Dame’s Jack Coan throws a game-winning TD late to seal an exciting victory against Oklahoma State, which generates enthusiasm for next year’s opener at Ohio State.

Third-year coach Ryan Day won’t let the Buckeyes treat the Rose Bowl Game like a consolation prize. Utah allowed just 195.3 passing yards per game this season, and Tavion Thomas scored 20 rushing TDs. The Utes will try to use the same formula Michigan did against Ohio State, but the Buckeyes flex with their offensive machine.

Dave Aranda led the Bears to a Big 12 championship behind a no-nonsense running game and defense, and they will try to slow down Ole Miss’ wide-open offense. Matt Corral will play in the bowl game, too. That should lead to a fun matchup. Lane Kiffin leads the Rebels to an impressive 11-win season. How high will they be ranked to start next season?

The Bearcats get to play the role of Cinderella, and Desmond Ridder and Jerome Ford will have to be perfect on offense against Alabama. How will Cincinnati cornerbacks Ahmad Gardner and Coby Bryant hold up against Bryce Young and an Alabama passing attack that will be without John Metchie III. You got the matchup, but the Crimson Tide won’t be taking anybody lightly here.

The line has moved 1.5 points from its open, and the Bulldogs are heavy favorites in a classic Big Ten-SEC matchup we haven’t seen since 1965. The Wolverines were 5-1 ATS in games with single-digits spread this season, but will they be able to sustain a running game against Georgia’s dominant defensive front for four quarters? This is a game Michigan can win, but we can’t pick against Georgia.

Another all-SEC championship game, right? What else is new? The Crimson Tide will have to make adjustments without John Metchie III, and Georgia will play better in the rematch. It’s going to be an instant classic in the mold of the 2018 CFP championship game, but Young will play the role of star again at Lucas Oil Stadium.