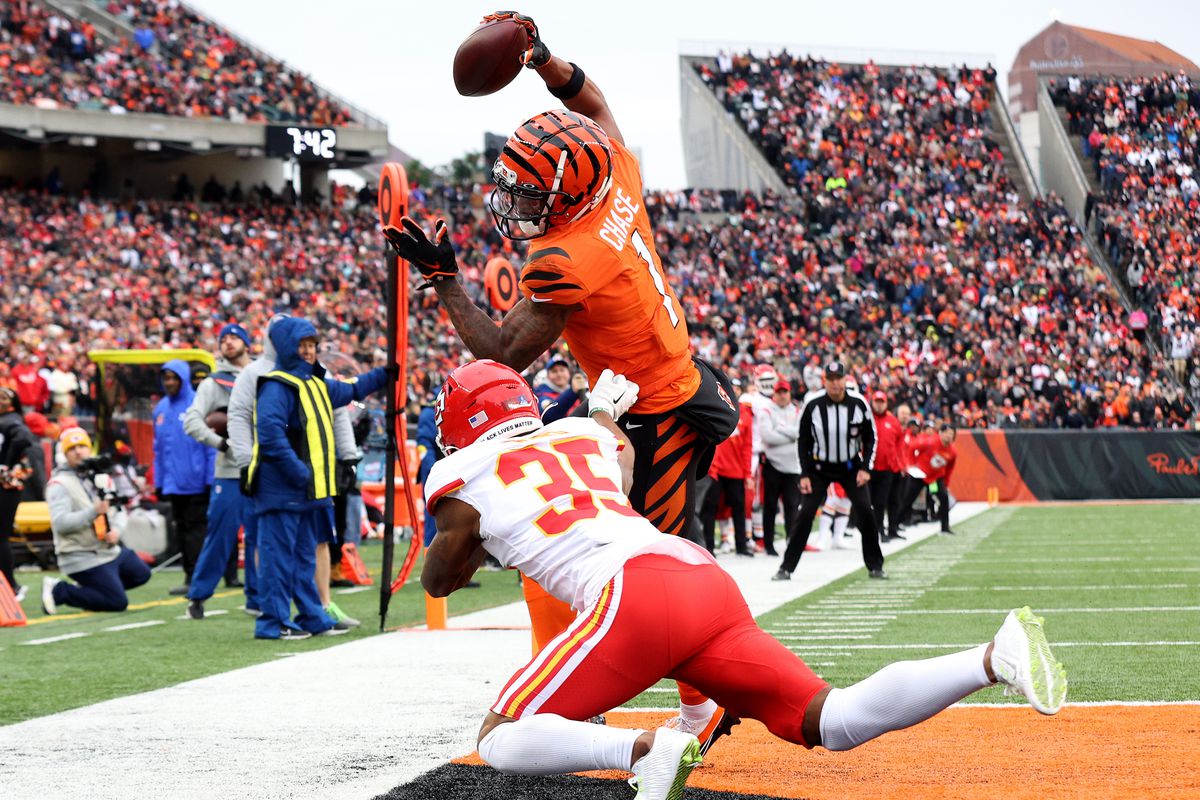 The Bengals come into their rematch with the Chiefs with just the right type of defensive resume. They’ve given up just 35 combined points in their first two postseason contests, maintaining their season-long trend of being a much more effective unit on the road.

KC will look to replicate the success on offense it enjoyed during the first half of the regular season meeting with the Bengals, when they racked up 28 points. Meanwhile, the Chiefs’ defense will need to be wary of a balanced Cincinnati offense that generated 475 total yards against them in that Week 17 battle.

The 49ers largely rode their defense to victory on Saturday night at Lambeau Field, as San Francisco racked up five sacks of Rodgers and forced a fumble. They now face their second steep challenge in that of Stafford and Cooper Kupp, the latter having touched them up for an 18-240-1 line across the two regular-season meetings this season.

The Rams will look to slow down the dynamic duo of Elijah Mitchell and Deebo Samuel, assuming the latter is sufficiently recovered from the ankle injury he suffered at the very end of the win over Green Bay. Los Angeles’ run defense was beatable at times this season, and Samuel, who’s turned into a legitimate part-time running back, averaged 6.2 yards per carry and recorded a pair of rushing touchdowns against the Rams during the regular season alongside a 9-192-1 line through the air.

HOW AFC AND NFC TITLE ODDS ARE CHANGING

Here are opening odds as well as updated lines for the AFC and NFC title games.

Here is what Bengals versus Chiefs odds looked like Monday morning.

Here is what 49ers versus Rams odds looked like Monday morning.