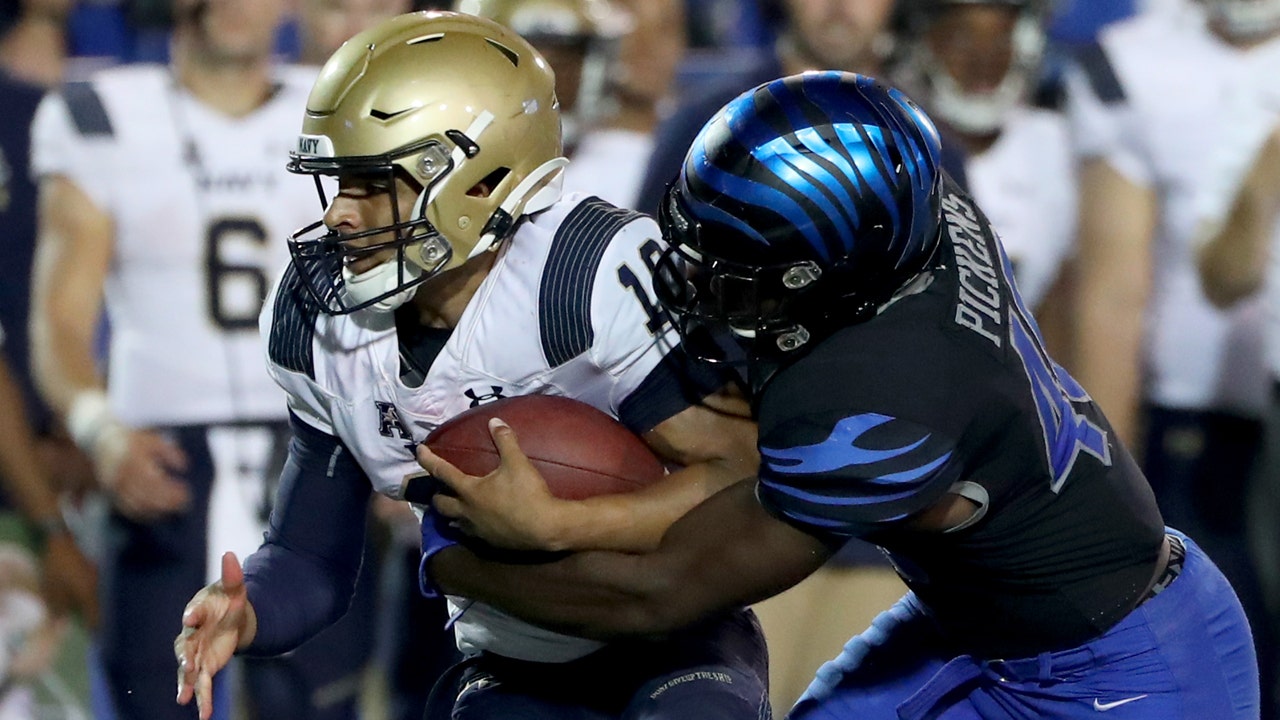 The Memphis Tigers face a must-win situation on Thursday evening as they host the Navy Midshipmen looking to end a three-game losing streak.

Gaining a lead had not been an issue for the Tigers (3-3) before last Saturday, as they were held scoreless in the first quarter against Tulsa for the first time all season. After a furious comeback in the second quarter that cut the lead to one at halftime, the Golden Hurricane controlled much of the second half, rattling off 21 points to extend the margin, resulting in a third-straight loss for Memphis. Staring at 0-2 in the American Athletic Conference, the Tigers need to turn their season around quickly if they are to remain anywhere near the vicinity of the current leaders.

As for Navy (1-4), the Midshipmen are 1-2 since the bye week drama that occurred in mid-September following the firing and then rehiring of offensive coordinator Ivin Jasper but have improved immensely on that side of the ball over the last three games. After scoring just 10 points in the first two weeks of the season, the Midshipmen are averaging 26 points per game in the last three contests, including an upset win over UCF. Navy fell to SMU last week 31-24 in disappointing fashion after holding a two-touchdown lead at one point, but the marked improvements from the beginning of the year are apparent.

t’s a critical juncture for the Tigers, who not only need a win for morale but also to stay within a puncher’s chance at the conference crown, however unlikely that might be at this point. Navy has clearly improved since the start of the season with the stability at quarterback, but don’t have enough offensive firepower to keep up with Austin and Co. on the road. Memphis salvages its season for one week with a victory at home.