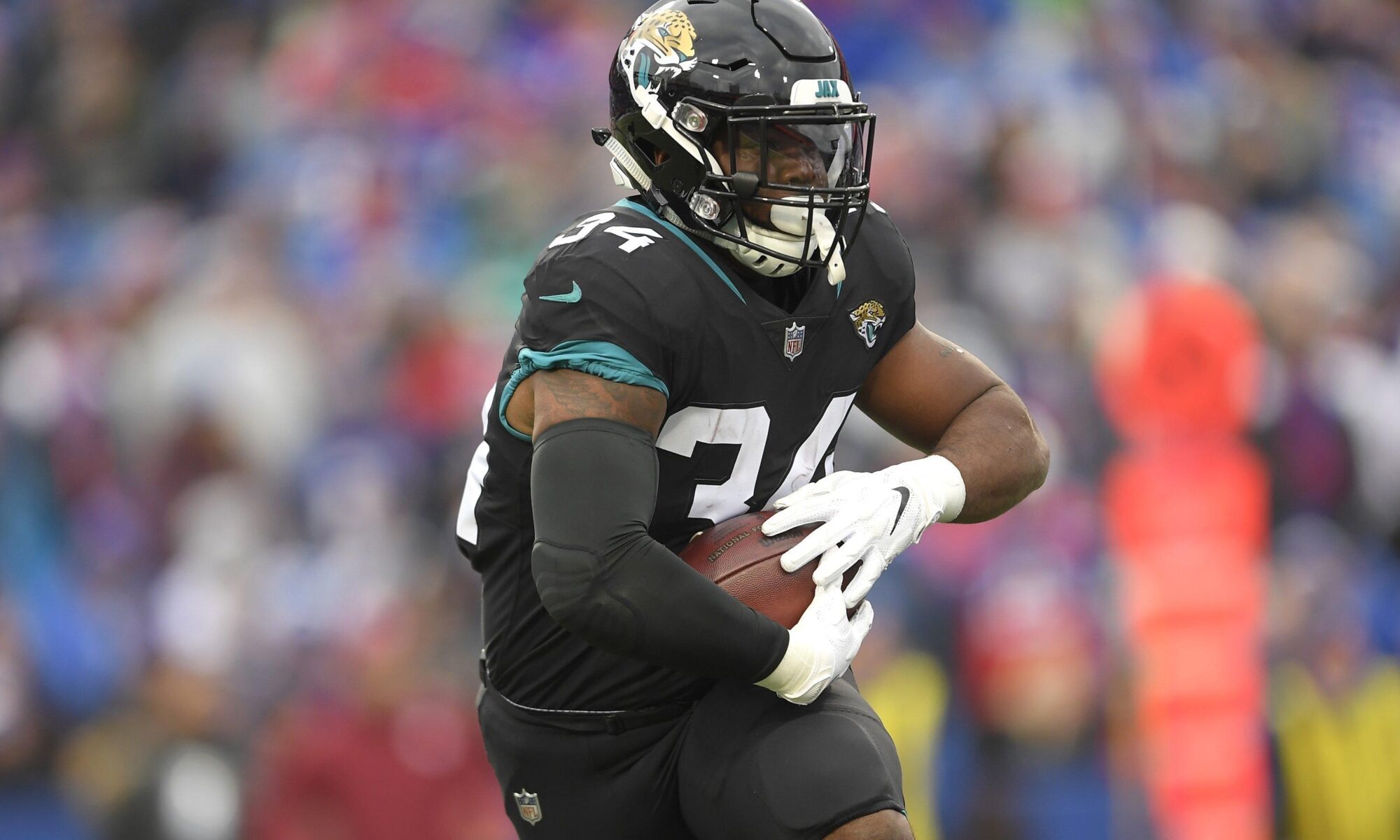 1) RB Sony Michel, Los Angeles Rams: The oft-dinged Darrell Henderson left Week 2 with a rib issue, and Michel stepped in after joining the team just a few short weeks ago. Michel will be owned in most competitive leagues, so this one is geared toward those in smaller or casual designs. It’s unclear how much, if any, time Henderson will miss, which makes knowing what to spend on Michel is difficult. He should be universally added, and even if Henderson returns for Week 3, Michel (10-46-0) figures to have a larger role going forward. If nothing else, his injury has to be a reminder to the coaching staff of Henderson’s fragility. Michel is prioritized here mainly due to positional scarcity. He’s not as important of an add if Henderson escaped a time-costing injury, an the price will be updated in that scenario.

2) WR Henry Ruggs, Las Vegas Raiders: Seven targets resulted in five grabs for 113 yards and a long touchdown … encouraging involvement. He’s absolutely worth rostering in all redraft formats, yet there’s a factor of one-dimensional fantasy results at risk. The Raiders are playing aggressively and won’t be afraid to take downfield shots. Even though he saw seven looks, there is a concern Ruggs is too dependent on the big play to consistently matter in fantasy lineups. That is, until he proves otherwise. I suspect the coaching staff will work on ways to keep him involved now that we’ve seen flashes of why he was such a high pick.

3) WR Rondale Moore, Arizona Cardinals: His NFL debut produced a respectable 4-68-0 line on six looks, and Moore decided to kick it up a notch vs. Minnesota. The rookie secured all but one of his eight targets, going for 114 yards and a score. DeAndre Hopkins’ mere presence alone makes the slippery Moore a reasonable bet for a huge play vs. isolated coverage. Moore gained steam in the late stages of the fantasy draft season, so there’s a strong chance he won’t be on your wire. Be careful when deploying him as Moore and Christian Kirk seem destined to cancel out one another many weeks.

4) QB Derek Carr, Las Vegas Raiders: Consecutive games with absurd yardage figures — 435 and 382, respectively — Carr has vaulted from being a matchup play to a strong contender for weekly utility. He has a minor ankle injury after Week 2 but is expected to play in Week 3. Despite playing better up front, Las Vegas’ defense is still a liability, and the running game will remain in doubt as long as Josh Jacobs (toe, ankle) isn’t 100 percent. Carr has proven to be among the more judicious quarterbacks, which helps in leagues that heavily penalize for turnovers.

UPDATED — 5) WR Quintez Cephus, Detroit Lions: I was going to include him in the first release but felt it was premature since he didn’t play his Week 2 game until Monday night. Injuries at the position have given Cephus considerable playing time, and he has held up his end of the deal. The Lions also have a great short-term schedule for promoting offensive passing attempts, a product of the Lions fielding a declawed defense. The opportunity to becomes Detroit’s WR1 is well within Cephus’ grasp.

6) RB/WR Cordarrelle Patterson, Atlanta Falcons: The journeyman has a fairly interesting opportunity in an offense struggling to create an identity. The entire Arthur Smith system is predicated on a functional rushing attack, and they just haven’t seen it yet from Mike Davis through two games. He has lost seven carries in each of those contests to Patterson, who is eligible at WR and RB in some leagues. Patterson had much different results in those appearances, but the chance to touch the football 10-12 times a game makes him relevant in most formats, especially as bye weeks lurk. The offense hasn’t pushed the ball down the field, so until this changes, Patterson has flex value in PPR over the next three weeks (NYG, WAS, NYJ).

7) WR Donovan Peoples-Jones, Cleveland Browns: Odell Beckham Jr. (knee) has missed the first two contests after tearing an ACL last year, and it’s uncertain as to when exactly he will make his return. Quarterback Baker Mayfield — who injured his non-throwing shoulder in Week 2 but should be fine after returning — lost his BFF in Jarvis Landry to a suspected MCL sprain. He’ll have an MRI to confirm the injury, one that typically ranges from 2-6 weeks, depending on its grade and treatment. Peoples-Jones should share reps with Rashard Higgins — even if OBJ returns in Week 3. There’s a small amount of concern DPJ’s fumble put him in the doghouse so badly injuries can’t let him off the leash, because the Week 2 turnover was his only targeted play. Presuming necessity forces Cleveland’s hand, Peoples-Jones’ combination of size (6-foot-2, 212 pounds), speed (4.48), and big mitts make for an dangerous weapon in the red zone. He had an awesome camp, so there is upside here, but he is a gamble of sorts.

8) WR K.J. Osborn, Minnesota Vikings: Last week in this space, Osborn was included as a player to watch after his quality Week 1 showing in garbage time. Following his 5-91-1 day on six targets, he belongs on more rosters. The Vikings are in a unique spot as a team that doesn’t use a ton of three-wide sets but also does not have anyone to speak of at tight end. The third receiver is shielded by two strong starters, and Minnesota’s weak defense will keep him in the conversation of flex options when the matchup is right. The upcoming tilt with Seattle is a fine place to begin trusting him, and Osborn has enough of a role to stick around if he sees four to six targets each week.

QB Sam Darnold, Carolina Panthers at Houston Texans: The first-year Panther has been much closer to the USC standout than the New York Jets flop through two weeks in his new system. The weaponry is there, and Carolina’s defense is just shaky enough to make Darnold threaten 300 yards each week. He has considerable utility as a rotational player, and this week is a great time to roll with him. Houston has gave up 332 yards and three TDs in Week 1 to the inexperienced Trevor Lawrence. The Cleveland matchup skewed the stats in Houston’s favor. The Texans struggle vs. running backs, which will present a decision between slowing Christian McCaffrey and challenging Darnold to beat them.

WR Braxton Berrios, New York Jets at Denver Broncos: The former New England Patriot racked up 73 yards on seven grabs in Week 2 vs. his former employer. Eleven targets from Zach Wilson represented one-third of the total attempts. The Jets were without WR Jamison Crowder, which paved the way for Berrios to see meaningful work. The veteran has a groin injury and is uncertain for Denver in Week 3. Berrios is a fine play vs. the Broncos as they’ll look to take away Corey Davis as the Pats did Sunday. Three could be multi-week staying power here if Crowder misses more than this week. Berrios is far from becoming a household name, though he has produced nearly each time he has garnered an opportunity.

WR James Washington, Pittsburgh Steelers vs. Cincinnati Bengals: This one really comes down to what we learn about Diontae Johnson’s knee injury … if it turns out to be nothing, Washington has zero utility. Currently, he’s day-to-day. If given a chance, though, the veteran is a decent flier vs. Cincy for a touchdown. There’s no need to spend actual FAAB on him. Consider Washington for a one-week rental, if you miss on one of the more prominent free-agent targets at the position.

Arizona Cardinals at Jacksonville Jaguars: Trevor Lawrence has been a turnover buffet through two career starts, and the Cardinals will put his offense in a pass-happy mode. This may not be a great matchup for those in more nuanced scoring formats — penalty points for yardage and points allowed, for example — but the Cardinals present enough big-play upside to warrant another start after a stinker vs. Minnesota.

Carolina Panthers defense at Houston Texans: The Texans appear to be starting rookie Davis Mills this upcoming Thursday after Tyrod Taylor (hamstring) suffered an injury that is expected to keep him out at least for this short week ahead. Mills could be without two of the team’s top three wideouts. Carolina’s pass rush is strong enough to put the rookie into precarious situations.

PK Austin Seibert, Detroit Lions vs. Baltimore Ravens: This one is mostly about a battle between offensive weaknesses and defensive strengths and vice versa. The Ravens have suffered a few key injuries that have really impacted the depth and flexibility of this unit. Even the talent-starved Lions should be able to move the ball effectively enough to make Seibert a consideration for owners who play the matchups. Baltimore gave up a pair of field goal attempts and three extra points in the first week.

PK Evan McPherson, Cincinnati Bengals at Pittsburgh Steelers: The matchup is primed for McPherson to see several field goal attempts, especially if the Steelers don’t get healthy fast enough. In the first two games of the year, Pittsburgh has allowed 3-for-3 and 4-for-4 from three-point land. McPherson is good for at least two attempts and an extra point or two.

UPDATED — QB Justin Fields, Chicago Bears: This recommendation also is geared toward owners in shallow or relaxed leagues. Andy Dalton’s knee injury (bone bruise) has him week-to-week, but even if it is a game or two, does anyone really expect Fields will relinquish the job? Media reports say Dalton won’t lose it due to injury, but we have heard that before. Fields is a first-rounder in an offense going nowhere under Dalton, and this coaching-GM combo is fighting for the survival beyond 2021. Be skeptical about coach-speak.

NEW — QB Taylor Heinicke, Washington Football Team: After reconsideration, Heinicke gets a lukewarm endorsement as a Week 3 addition. Yes, he had a strong game against the New York Giants in Week 2, and he does have ample weaponry to excel. However, the upcoming schedule is far from appealing (BUF, ATL, NO, KC, GB, DEN) before a Week 9 bye that precedes a much softer second half of the season. Between now and Week 8, Heinicke could be tested to throw to keep Washington in games against high-powered offenses, but the defensive matchups prevent him from being a must-play option. Aside from possible deployment vs. Atlanta and the Chiefs, Heinicke is a far better stash for owners whose starter isn’t on bye before Week 10.

RB Peyton Barber, Las Vegas Raiders: The results weren’t pretty against a tough but injury-impacted Pittsburgh defense in Week 2. The point here is if Josh Jacobs (toe/ankle) misses time over the next few weeks, Barber’s volume alone makes him worthy of a roster spot. He faces decent matchups in Miami, the Los Angeles Chargers, and the Chicago Bears over the next three weeks. While that’s not to say you necessarily should play him, it’s a suggestion that he could be used in a pinch.

Keep your eye on ’em

UPDATED — San Francisco 49ers running backs: The top three backs were injured in Week 2. Rookie Trey Sermon (concussion) will need to clear the league’s protocol. JaMycal Hasty (ankle) didn’t return, and Monday updates say he will miss several weeks. The preliminary belief is RB Elijah Mitchell’s shoulder issue is just a stinger, because he returned to the game after a short exit. Week 3 brings Sunday Night Football into the picture to complicate things Sermon is a game-time decision. Trenton Cannon is the only remaining running back on the active roster. As long as Mitchell is available to start, Cannon is merely a flier for a vultured TD.

WR Cedrick Wilson, Dallas Cowboys: Veteran wideout Amari Cooper (rib) was left on the field writhing in pain after a catch late in the fourth quarter. If it was more than being shaken up and Cooper misses time, fantasy owners should turn to Wilson as WR Michael Gallup will sit a few more weeks while on IR.