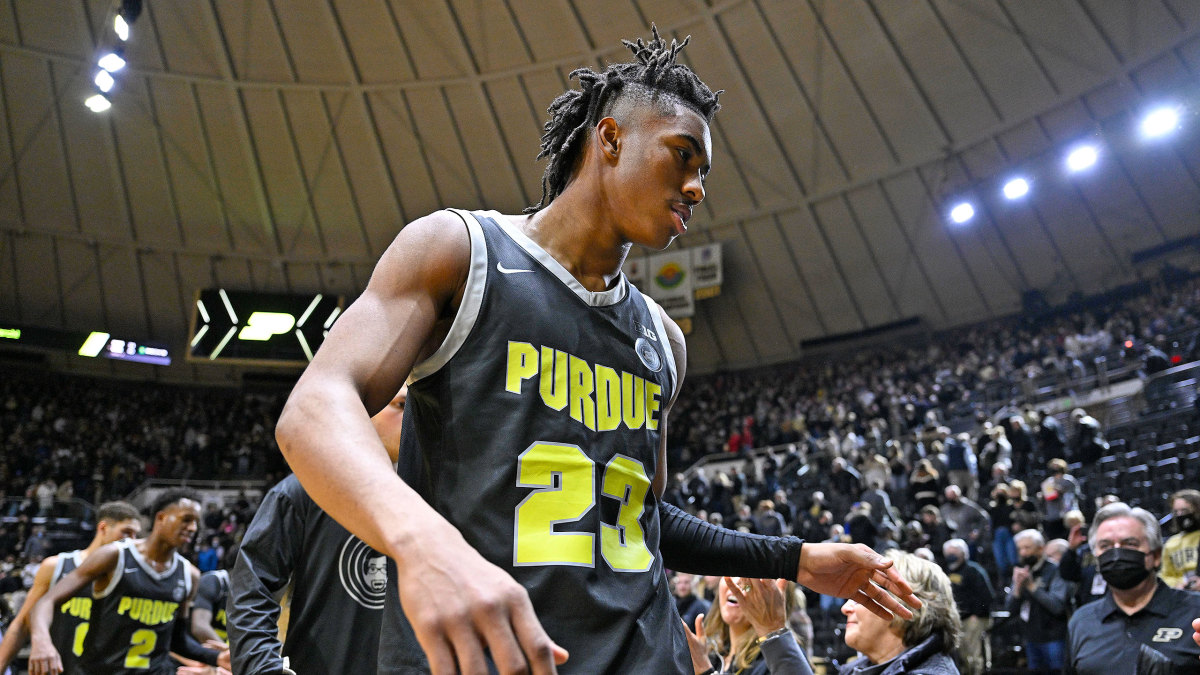 The 2022 NCAA Tournament bracket has been announced, and now fans everywhere have a few days to research the teams and players for their bracket game entries. Things will get particularly interesting when you pour over the bottom right corner of the bracket in the East Region, where we have the reigning national champion in Baylor as the No. 1 seed, a title-contending Kentucky as the No. 2, a high-powered Purdue offense occupying the No. 3 seed and UCLA looking for a return to the Final Four — this time from a more favorable position as the No. 4 seed instead of starting in the First Four like the Bruins did a year ago.

That group stands out as the most impressive collection of top-four seeds in the field, as all four teams have occupied space in the top five of the AP Top 25 poll at some point during this season; both Baylor and Purdue reached No. 1 at different points. When all four teams have been operating at their peak this season, they have each appeared to be legitimate national championship contenders.

But this is not a top-heavy East Region, at least in terms of interest, because the rest of the bracket features a couple blue bloods looking to make surprise runs in No. 8 seed North Carolina and No. 12 seed Indiana, Chris Beard’s first trip through the Big Dance with No. 6 seed Texas and several dangerous mid-major squads capable of a Sweet 16 appearance. And while the top seeds include several title contenders, none of them won their conference tournament like No. 11 seed Virginia Tech, which punched its ticket thanks to taking down Duke in the ACC Tournament final.

(7) Murray State vs. (10) San Francisco: The Racers rolled through the Ohio Valley Conference with an 18-0 regular season conference record and arrive with only two losses — to East Tennessee State and Auburn — in the 32 games they’ve played this season. Matt McMahon has a deep team with a few potential future pros, and while eying a battle with Kentucky in the second round is enticing, Murray State will have its hands full in the first round with a San Francisco team that defends at an elite level and is led by a pair of senior guards in Jamaree Bouyea and Khalil Shabazz that have been rock solid for the last three years under Todd Golden.

(2) Kentucky vs. (3) Purdue: If we get Kentucky and Purdue in the Sweet 16, it’s going to be one of the most impressive collection of college basketball talent we might see in the entire tournament. Kentucky’s Oscar Tshiebwe is potentially going to be the National Player of the Year and he’d have his hands full trying to rack up another double-double against Purdue’s one-two punch of Zach Edey and Trevion Williams. The Boilermakers usually have an advantage when it comes to perimeter playmaking with likely NBA Draft lottery pick Jaden Ivey, but the Wildcats have multiple high-level perimeter players to provide an answer to that edge. With two of the highest-rated offensive teams clashing on the Sweet 16 stage, it could be one of the most entertaining games with plenty of points. While Kentucky might be a narrow favorite, it would likely be a coin-flip matchup decided in the final minutes.