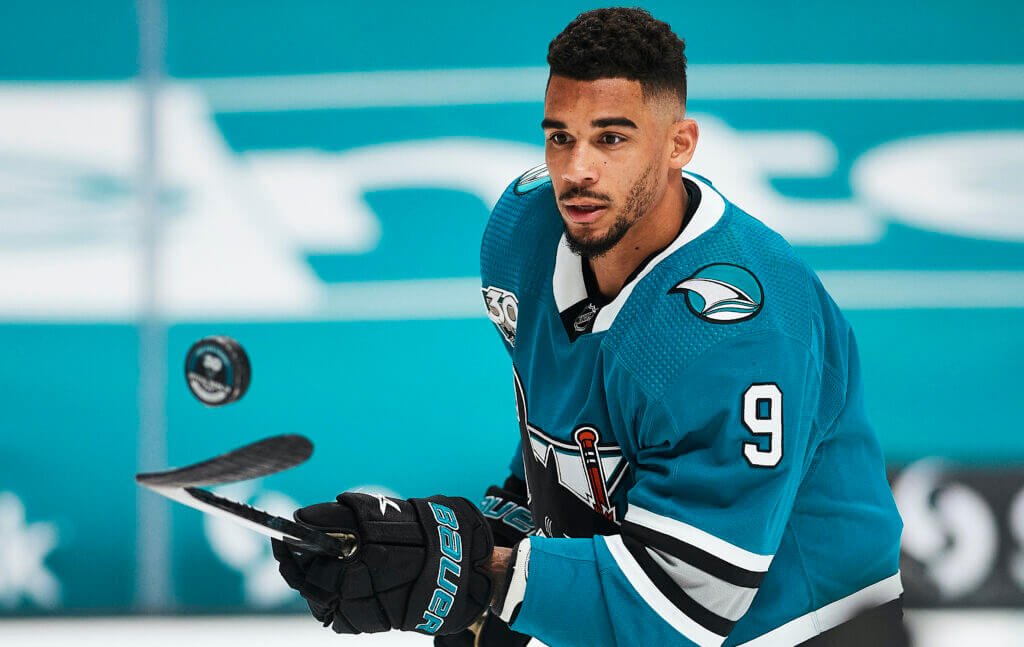 Damning accusations were directed towards Evander Kane  by his wife, Anna, who claimed the San Jose Sharks forward has bet on and thrown his own hockey games.

“How does the NHL let a compulsive gambling addict still play when he’s obviously throwing games to win money? Hmm maybe someone needs to address this,” she wrote in an Instagram post.

After her accusations circulated over social media, the NHL swiftly released a statement announcing that integrity is “paramount” to the league and that it was going to open an investigation into the matter.

With the NHL fully submerged into the world of sports betting, it’s easy to understand why the league reacted so quickly and preached the importance of integrity. The NHL has partnerships with a number of sportsbook operators in PointsBet, BetWay, BetMGM and Bally’s, among others. These deals are intended to help introduce hockey audiences to sports betting, and sports bettors to the NHL.

Both of these objectives are mutually beneficial to the NHL. A 2018 poll from Seton Hall University stated that “70 percent of Americans say they would be more likely to watch a [sports] game they bet on,” while additionally noting that “88 percent of those aged 18-29, the coveted demographic loved by sponsors and hardest to reach, would be more likely to watch if they placed a bet.”

The equation is simple: Fans betting on the NHL and other sports equals more eyeballs on the games. That’s music to the ears of sports executives and television rights holders.

There is one other finding from the school’s poll, however, that shows just how fragile the relationship between raising and losing fan interest via sports betting is.

“Sixty-one percent say they believe that legal betting on sports events leads to cheating or the fixing of games,” the poll found.

And that leads us back to Kane. It’s important to make abundantly clear that none of the allegations made against him have been proven. But the NHL having to investigate one of its players due to the chance it’s true is certainly not great for optics.

It’s even more troubling when you review Kane’s past transgressions. In 2019, a suit was filed against him by the Cosmopolitan Hotel in Las Vegas for over $500,000 in unpaid markers. The case was later dismissed by the hotel, however.

Additionally, the 30-year-old filed for Chapter 7 bankruptcy in a California court earlier this year for debt that’s worth upwards of $26 million.

One of the lenders Kane used, Zions Bancorp, had this to say about him, per Daniel Kaplan of The Athletic:

“Kane has a serious gambling problem. Kane gambles heavily and makes poor, self-centered financial decisions. He ought not be allowed to continue handling his substantial salary and bonuses, or be allowed to continue gambling and speculating with his income instead of committing it to his creditors. Creditors likely have no confidence in Kane’s ability to administer his estate for their benefit. Zions certainly does not.”

It’s first worth noting that a gambling addiction is serious and must be treated as such. Like any addiction, it’s something that requires a lot of strength and help to overcome, and the hope is that Kane can overcome this.

Secondly, however, Kane’s unfortunate history with sports betting works against him in the eyes of the public. Heck, even some of his teammates no longer wish to have him on the Sharks in the wake of these claims, according to a report.

This all reflects back onto the NHL. When people bet on sporting events, real money is changing hands as a result. Bettors want to know that using their own judgement or models gives them a legitimate chance at winning. Having exterior factors at play, such as the threat of a player throwing a game, goes directly against this.

It’s in the best interest of the NHL and sportsbooks alike that any cases of match throwing are dealt with accordingly, and any future incidents are prevented to the best of their abilities. As it currently stands, sports betting is legal in 22 states while in Canada, legislation to allow single-event sports betting was recently passed.

With still more than half of U.S. states not actively accepting bets and the entire country of Canada not able to place legal single-event bets until the regulatory framework is put in place, the sports betting market has so much room to grow, which is why it’s important for the NHL to capitalize on this expanding opportunity with partnerships like the ones it has already forged.

But the league must not forget how delicate the balance is between growing the game and alienating its core fan base. Sports betting is an excellent way to engage fans and increase interest in the game, but match-throwing scandals are an easy way to turn people off the sport entirely.

Given its strategic partnerships within the sports betting landscape, it’s clearly in the NHL’s hopes Kane is cleared of any wrongdoing. If the evidence does show that he is guilty, however, this an excellent opportunity for the NHL to set a no-tolerance precedent on match-throwing, regardless of the criticism that the league may face.

Wide-spread legalized sports betting is still in its infancy in North America. The NHL should be looking to resolve potential issues at this stage, and not allow them to be dismissed and grow into something bigger.