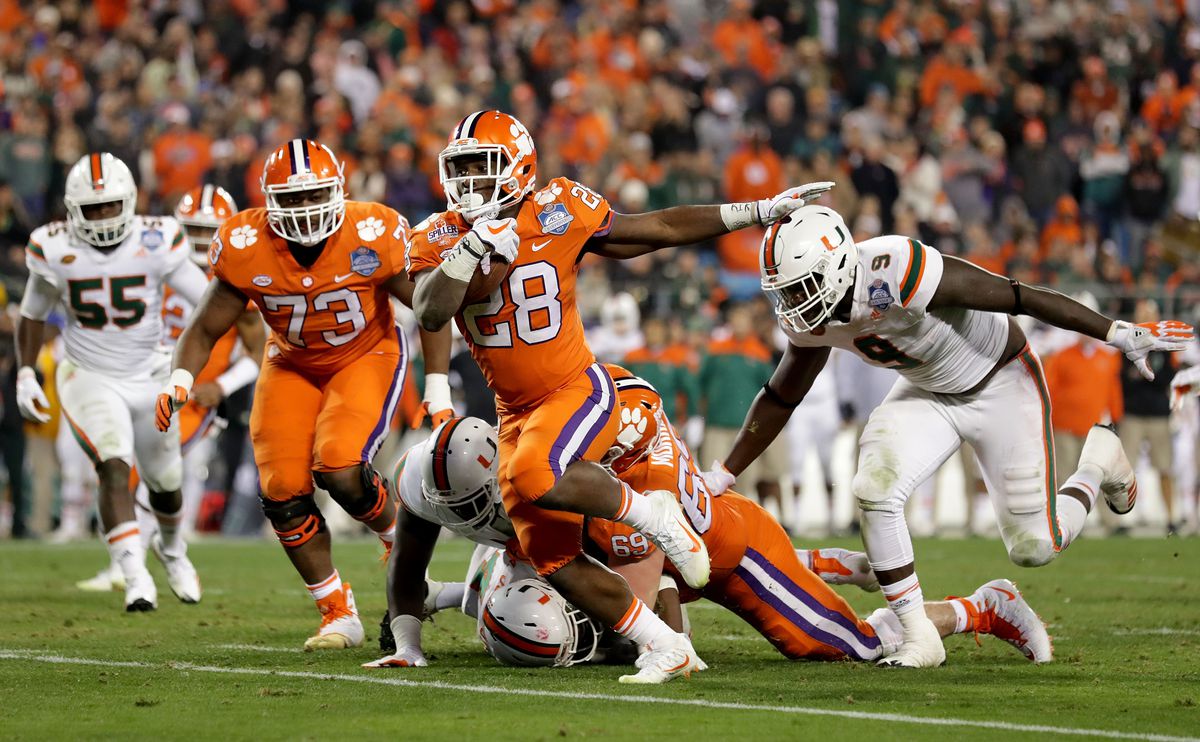 Week 16 of college football is here, and with it are a plethora of conference championship games.

Here are  some bets to make in college football this weekend.

The last time these two sides met this season, Notre Dame won outright as a 5.5 point underdog, and now the Fighting Irish are getting nearly double the points against a healthy Clemson side.

Star quarterback Trevor Lawrence didn’t play in that first matchup, along with some of the Tigers’ key pieces on defense.

Even though Lawrence is back for the ACC Championship matchup, this game should be as close as the first matchup was.

Notre Dame and Clemson are almost equal in the major defensive statistical categories, and this game could come down to whatever defense is more equipped to slow down the other team’s skill position players.

Fighting Irish running back Kyren Williams had 140 rushing yards and three touchdowns in the first meeting between these two teams, while Tigers running back Travis Etienne was only able to run for 28 yards on 18 carries.

Notre Dame and quarterback Ian Book have the formula to beat Clemson, and this game will come down to the wire just like the first. Take the points with the Fighting Irish.

This Northwestern team is going to have a rough time keeping things close with Ohio State.

The Buckeyes are big favorites in the Big Ten Championship for good reason, and the 20.5 point spread shouldn’t shy betters away from taking them.

The Wildcats haven’t had a true test against a top-quality team this season, and the fact that they lost to Michigan State, which Ohio State beat 52-12, sums up the disparity in the matchup pretty well.

With the outside chance that the Buckeyes don’t secure a College Football Playoff spot despite going undefeated, they should look to win this game big in order to leave little doubt with the committee that they are a top-4 team.

The Northwestern defense has been solid all year, but it hasn’t come up against a quarterback like Justin Fields, nor a receiving corps like Ohio State’s.

The Buckeyes should win by at least three scores and cover in this one.

USC is still in the hunt for a spot in the College Football Playoff, as it is undefeated through five games in the Pac-12.

Trojans’ quarterback Kedon Slovis has 15 touchdowns to four interceptions on the year so far and is playing like the best quarterback in the conference.

Oregon is coming off two straight losses to Cal and Oregon State, while USC is riding the momentum of a five-game winning streak.

The Trojans are only three point favorites despite how the Pac-12 season has played out so far, and they appear to be the far better team.

Take USC to win by at least three, and potentially much more against the Ducks.