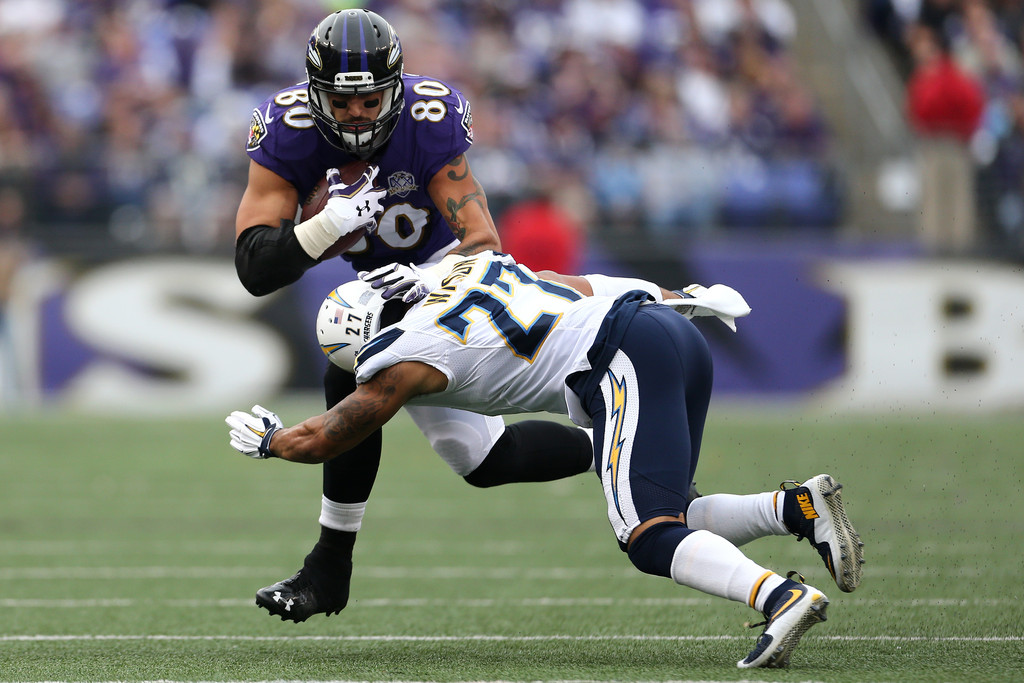 Sucks to be the Chargers as they finished tied for the most wins in the AFC yet instead of getting a home game – not that they have much of a home-field advantage in that soccer stadium – they have to fly across country and play in chilly Baltimore. The Bolts have a history of flopping in cold weather, and the Ravens own West Coast teams at home under John Harbaugh. It’s time to worry about Philip Rivers as he has thrown two interceptions in each of the past three games, including a 22-10 Week 16 home loss to the Ravens in which the Bolts had just 198 yards. Sure doesn’t look like either Melvin Gordon or Keenan Allen are close to 100 percent healthy, either.

I suppose if the Chargers have one advantage here, it’s that they are the first team who will have faced Ravens rookie quarterback Lamar Jackson twice. That might help some, but that dude is just a different cat. The former Heisman winner is 6-1 as a starting quarterback and has averaged 79.4 rushing yards in those games, a record for quarterbacks since the 1970 merger. Baltimore collectively is averaging 229.6 rushing yards since Jackson joined the lineup Nov. 18. It had 159 in the first meeting with L.A. The Ravens have covered their past seven playoff games and will make it eight with a field-goal victory.