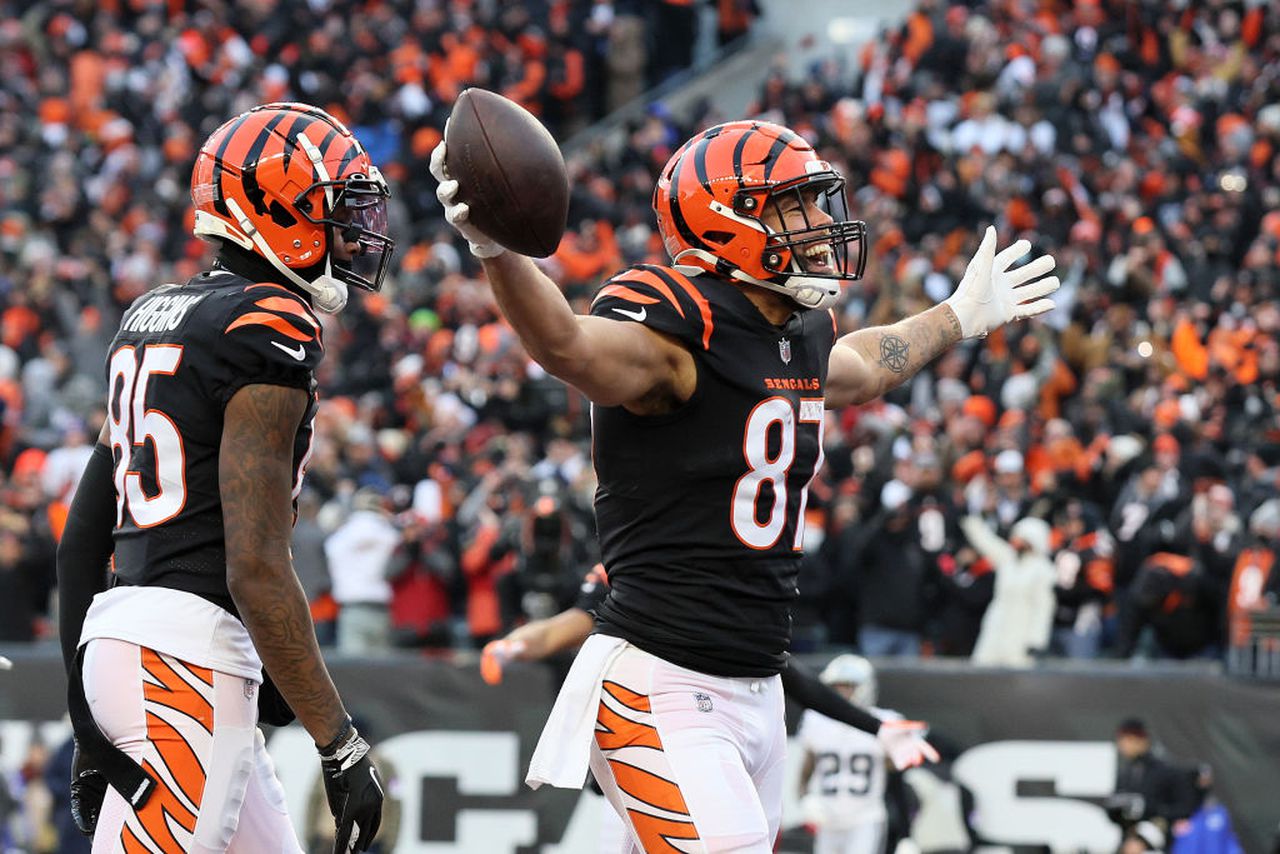 It is fascinating to see how the sportsbooks view this upcoming weekend. On the AFC side especially, we have the top four seeds battling head-to-head in what many would have described as the ideal matchups heading into the playoffs. Let’s examine the NFL odds for the NFL Divisional Round as of 3:30 AM ET on January 17 starting with Saturday’s doubleheader.

Get This Weekend’s Top Plays!

The first matchup of the Divisional Round presents a clash in styles between the Titans and Bengals. Tennessee ran the ball more than any other team this season, while Cincinnati has tended to be more balanced. Therefore, the keys to this game are the Bengals’ run defense and the Titans’ pass defense.

Tennessee will be buoyed by the expected return of Derrick Henry. If Henry is active, his health could be crucial. If he is back to his best, the Titans will have the ability to control the game and keep the Bengals defense on the field.

However, if Henry is rusty, the Bengals have a great chance to cause the upset. If Joe Burrow and Ja’Marr Chase can get going the way they were early against the Raiders, they will be tough to stop. In a weekend that feels like we have four reasonably even matchups, this could be the first of several upsets this week.

The health of Nick Bosa will be crucial in this matchup after he left the Wild Card Weekend game with a concussion. If Bosa is there, the 49ers have a real chance to go into Green Bay and cause an upset. Without Bosa, Aaron Rodgers could pick off San Francisco’s pass defense, which is the weakest area of this defense.

In terms of the 49ers’ offense, their run game could be the key to success. The Packers are the third-worst team in the league in rush yards allowed per game. Their overall numbers look good because their opponents are often left chasing the game in the second half. However, the 49ers have dominated Green Bay with the run game in previous seasons and could do so again. This has the feeling of being a close game, and even if the 49ers cannot win outright, they have a great chance to cover the spread.

Get This Weekend’s Top Plays!