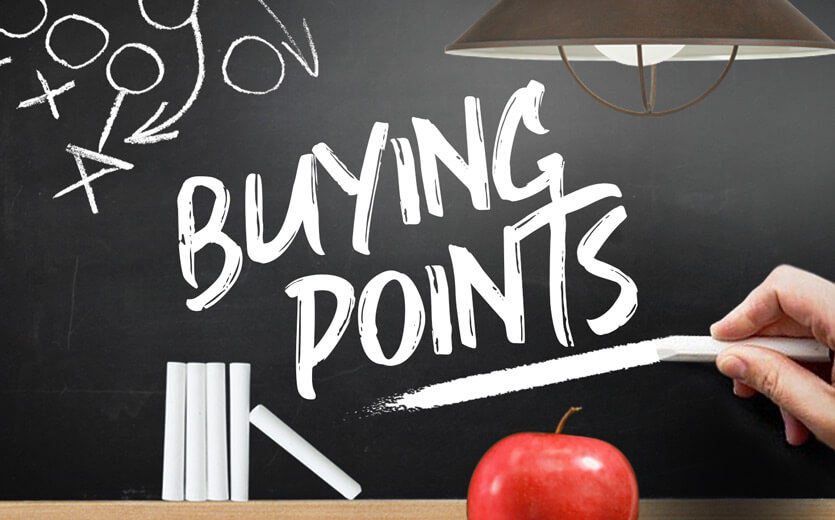 What if sports bettors could set their own point spreads? That would be nice, but it’s not going to happen. However, buying points in sports betting allows bettors to get a more favorable line on the point spread or game total (over/under).

Bettors can do so by buying points in sports betting. There are certain rules around buying points and of course, adjusting a point spread or total (over/under) doesn’t happen without a cost.

Here, we cover buying points in sports betting for the NFL and NBA.

Sportsbooks will provide bettors an opportunity to buy points to improve the point spread  or total on a wager. Buying points will cost the bettor extra vig (juice).

Typically, bettors can buy in increments of a half-point. One half-point normally costs an extra $.10 on the odds. A standard bet has -110 odds, but if a bettor buys a half-point, the cost is now -120.

Now, buying points in the NFL is a little different because not all point spreads are created equal in pro football. More games end with a point differential of 3 or 7 points. Because of that, it will cost bettors more to buy onto or off of those numbers.

You like Baltimore as a 3-point favorite against Pittsburgh. Both teams are very good and you expect a tight game. You’d like the Ravens even better if they were a 2.5-point favorite, which would take away the push if Baltimore won by a field goal.

NFL handicappers can buy points on underdogs too. Half points are still $.10 except for those around the key numbers of 3 and 7.

Basketball scoring is a bit different than the NFL since there are one-, two-, and three-point shots compared to the NFL’s safety, two-point conversion, field goal, and touchdown.

The most common victory margins in the NBA are numbers between 5 and 8 with 5 and 7 being the most common. Buying points on NBA spreads typically does not require paying a premium for these common numbers.

Like with NFL betting and points buying, bettors can buy in half-point increments to give themselves an advantage with a wager. If the Los Angeles Lakers are favored by 5 points against cross-town rival the L.A. Clippers, it may make sense for the bettor to buy a half-point to set the spread at -4.5.

This would avoid a push and would win if the Lakers win by five or more points. Since 5 and 7 are the most common winning margins, NBA bettors looking to buy points should do so through these numbers.

When you buy points on an NBA bet, pricing is similar to the NFL. Each extra half-point typically adds $.10 to the juice. If the Lakers were listed at -5 at -110, buying a half point would result in a new spread of -4.5 and a price of -120.