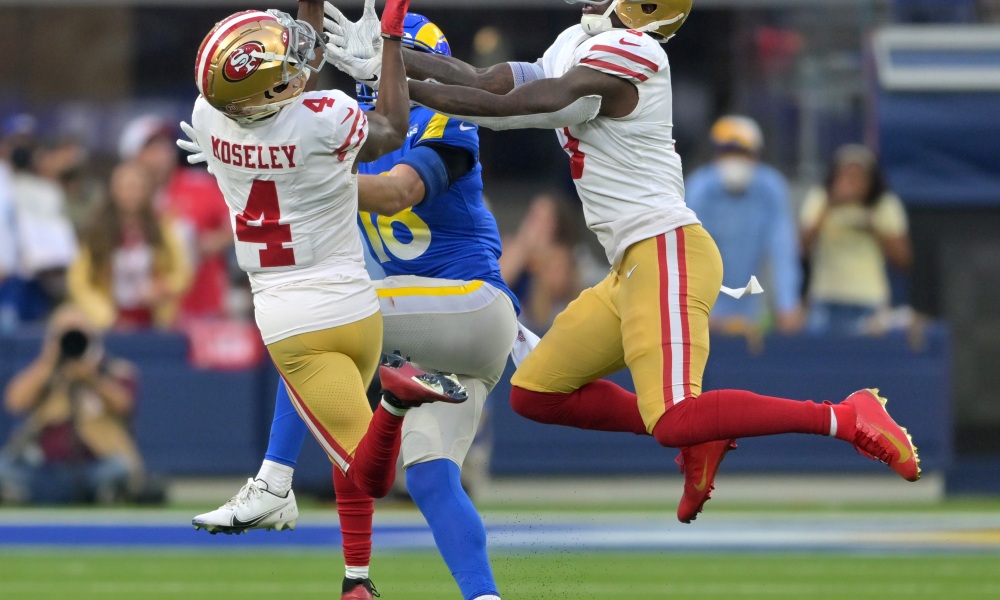 NFL picks and predictions for the 2022 Conference Championships

We had a week of upsets in the Divisional Round — three of the four underdogs won outright on the road. The Chiefs were the only home team to win and cover the spread in a wild weekend of football. What does that mean for how the sportsbooks view the Conference Championships?

Let’s examine the NFL odds for the two Conference Championships as they stand at 6 AM ET on Monday, January 24, and make our early NFL betting picks and predictions for how the two games may turn out.

It is somewhat surprising to see a 7-point line — the Bengals already beat the Chiefs this season. That game may have been in Cincinnati, but the Bengals more than proved they could go toe-to-toe with the Chiefs as recently as Week 17. The only reason this line makes sense is Tennessee’s defense sacked Joe Burrow 9 times in the Divisional Round.

However, when you look at the numbers, the Chiefs could only register 31 sacks in the regular season, compared to 43 for the Titans. The Chiefs were a top-10 unit in getting pressure, but they could not convert it to sacks with regularity. They will need to do that next weekend because, otherwise, Burrow can pick apart their secondary as Josh Allen did. The Chiefs sacked Burrow 4 times in Week 17, and he still threw for 446 yards and 4 TDs.

The performance of the two defenses in recent weeks is very telling. The Chiefs have given up points seemingly at will, while the Bengals have largely kept things tight. Whether this young Bengals team has enough to go into Arrowhead and win is tough to judge, but giving them 7 points feels like too much in what should be an entertaining game.

The 49ers and Rams will face off for a third time this season, with the 49ers having won both of the last two meetings. This is an appropriate end to the NFC, seeing as how San Francisco revived their season twice against the Rams in 2021. This matchup is fascinating because of how the two teams line up against each other.

The Rams have great numbers on the season against the run game, but Leonard Fournette created chunk plays on the ground in the Divisional Round at times. Meanwhile, the 49ers were good on defense against both elements this season. We saw the Rams’ run game struggle, and it nearly cost them the game against the Buccaneers.

Games between the NFC West are often intriguing affairs, and these two simply match up well. The 49ers have won the last six clashes between the two sides as Kyle Shanahan and his staff appear to have the book on McVay and his staff. The Rams are loaded with talent, but the 49ers play such an impressive style and the crowd could be close to 50/50 in this Rams “home game.” This is another game to take the underdog getting the points, but they have a real chance to win outright and force a Super Bowl 54 rematch.