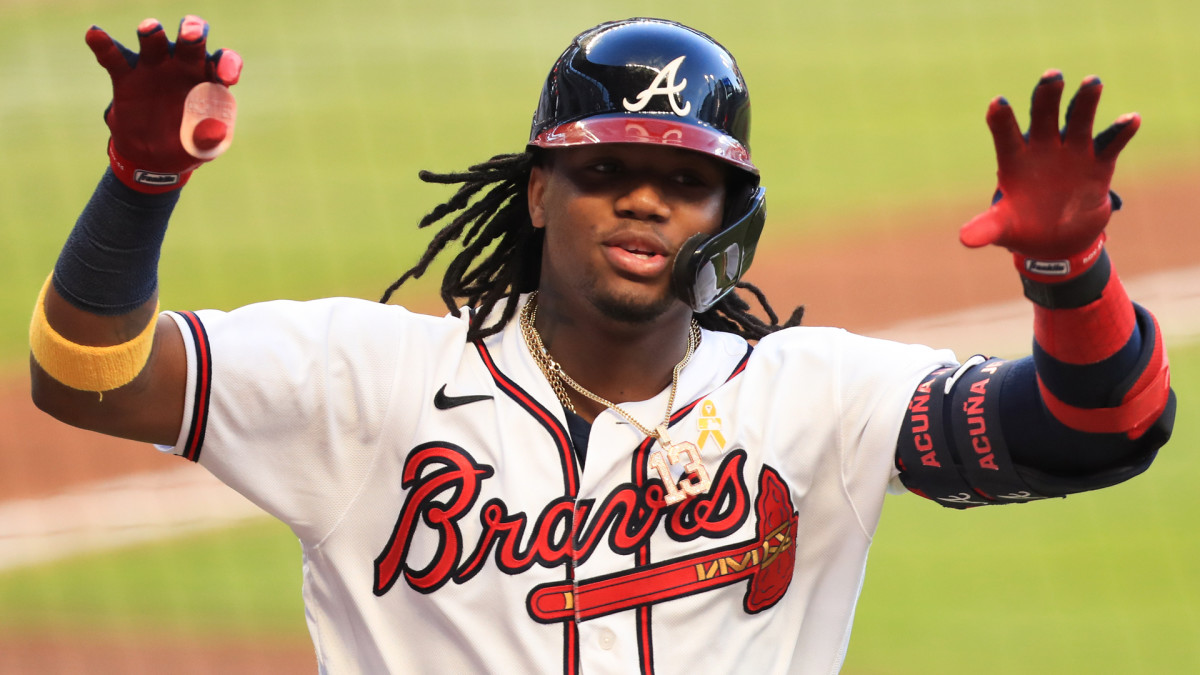 Already lacking in starting pitching, the D’Backs lost lefty ace Robbie Ray to Toronto this offseason. They signed Joakim Soria to help shore up a struggling bullpen, and need to find some power bats to fill out a lackluster lineup.

Only the Dodgers scored more runs than the Braves last year during the shortened season and Atlanta nearly knocked off the champs in a heated NLCS. With Ronald Acuna Jr. and Ozzie Albies improving, and the pitching coaches crafting another excellent staff, the Braves are deservedly getting +500 odds to win the N.L.

The Orioles lost the most games in baseball in 2019, but rebounded with a decent 25-35 record in 2020. They replaced SS Jose Iglesias with Freddy Galvis and flipped Alex Cobb for prospect Jahmai Jones. We should see more moves by the O’s to rebuild their farm system.

General Manager Chain Bloom continues to trade away brand players for prospects in what figures to be a long rebuild. The Red Sox were quite arguably the worst team in baseball during the pandemic shortened season and the rest of the A.L. East continues to improve.

Kris Bryant’s name continues to come up in trade rumors and that could provide a distraction for the Cubs this season.

The White Sox are the team most pundits expect to break out this season and finally take the reigns in the tight A.L. Central. Lucas Giolito is a bonafide ace and the Southsiders have a loaded lineup led by Tim Anderson and Eloy Jimenez.

One of the few teams getting even money to top their win total, the Reds are expected to take a step backwards without ace Trevor Bauer. Joey Votto is aging rapidly, but can still set the table for Eugenio Suarez. It’s pitching Cincy will have to manufacture after losing Anthony DeSclafani as well.

Instead of paying Francisco Lindor, the Indians flipped him and Carlos Carrasco to the Mets for a slew of potential prospects. They’ll hope that Cesar Hernandez can replace Lindor to an extent as another switch hitter with less power but a fantastic contact rate.

Trevor Story is next up as the face of the franchise following the puzzling departure of David Dahl and the trade of Nolan Arenado. The Rockies have a solid starting rotation and might be taking a new approach to try and win with defense at Coors Field.

The Tigers have finished last in the A.L. Central in 3 of the last 4 seasons and are looking to change that culture with former Astros manager A.J. Hinch taking over. They’ve added sluggers Jonathan Schoop, C.J. Cron, and Wilson Ramos, and hope that Jose Urena can bolster their rotation, but this is a very weak roster overall.

The scandalous Astros finished the 2020 season strong to sneak into the playoffs at 29-31 and made a brief run before exiting. George Springer is gone, but Houston will still be a potent offensive team with Carlos Correa and Michael Brantley coming back.

Bettors can get value by taking the Royals to go Under 72.5 wins, which is far from a longshot after they finished 26-34 last season and 59-103 in 2019. Their youthful starting pitching is a big question mark and Greg Holland might be on his last legs as a closer.

No team can match the Dodgers in terms of depth at the plate or on the mound. Trevor Bauer completes a stacked rotation with David Price set to rejoin the team after opting out last summer. Having the Padres nipping at their heels should ensure that the Dodgers feel pressured to top 100 wins this season.

The Angels starters posted the second-worst ERA last year and they addressed those issues by signing Dylan Bundy, Jose Quintana, and trading for Alex Cobb. They have a great outfield with Justin Upton and Dexter Fowler flanking Mike Trout, but are shaky on the mound.

While they couldn’t follow COVID protocols initially, the young Marlins bounced back to earn a playoff berth with a 31-29 record last year. Kim Ng takes over as the first female GM in baseball history and so far she’s been quite successful in bolstering Miami’s bullpen.

After making the expanded playoffs with a 29-31 record, the Brewers look to return to the top of the N.L. Central. Their top pitchers, Corbin Burnes and Brandon Woodruff, could both be primed for breakout seasons and Christian Yelich is set to return to his MVP form.

J.A. Happ fizzled out with the Yankees and is now expected to lead a mediocre Twins staff at age 38. The health of their lineup could also be in question after Jorge Polanco underwent surgery this offseason.

If Noah Syndergaard can come back strong, the Mets will have a fantastic rotation ready to set up a strong bullpen. That’s a recipe for wins even if they still have some holes in their lineup, which new owner Steve Cohen is sure to address.

This team is loaded with potent bats and an elite pitching staff headlined by Gerrit Cole. The biggest question with the Yankees is always the shaky health of Giancarlo Stanton and Aaron Judge, but they proved last year that they can compete even if one or both of those sluggers has to sit.

Billy Beane’s club always seems to thrive during the regular season and the A’s were sharp once again with a 36-24 record in 2020. Bullpen depth is always a top priority for a team that loves to mix and match arms.

Dave Dombrowski is the right man to join an arms race in the N.L. East and he acted quickly by re-upping J.T. Realmuto and Didi Gregorious. Pitching is going to be a greater concern for the Phillies with few reliable arms behind Aaron Nola.

The Buccos are expected to be the worst team in MLB this year and they’re getting even money on topping 58 wins. Jameson Taillon, Josh Bell, and Starling Marte have both been shipped out of town to make way for a new wave of prospects, and Pittsburgh has very little reliable pitching.

The Padres aggressive front office signed Fernando Tatis Jr. to a mega deal before they had to and continued to trade the farm for elite pitchers. They now have Blake Snell, Yu Darvish, Mike Clevinger, Dinelson Lamet, and Chris Paddack to form a rotation that might even rival what the Dodgers can roll out there.

Adding LHP Alex Wood and Anthony DeSclafani is great for a Giants team that tries to win with pitching and defense, but they need some sort of help on offense. Tommy La Stella is expected to provide that lift after signing a 3-year deal worth $18.75 million.

Old friend James Paxton is back to lead what could be a six-man rotation in Seattle and the Mariners bullpen should be dramatically improved with Ken Giles and Rafael Montero signed.

The perennial contenders made a splash this offseason by trading for Nolan Arenado, who could form a fearsome duo with Paul Goldschmidt in the heart of the Cardinals lineup. They managed to bring back Yadier Molina, so their pitching staff should automatically perform better with help from the smartest backstop in baseball.

This franchise never rebuilds, they just continue to reload with the best scouting department in baseball. Tampa brought back Chris Archer to address their pitching depth with Yonny Chirinos slated for Tommy John surgery, and will soon unveil top prospect Wander Franco as an elite five-tool player.

The Rangers posted an ugly 22-38 record last summer, but could be slated to bounce back with Nate Lowe and David Dahl adding some pop to their lineup. Texas will hope that Japanese ace Kohei Arihara can translate his success to the U.S. and give their maligned staff a lift.

This is a rather big number for an unproven young team, although the Blue Jays did look sharp with a 32-28 record in 2020. With a trio of lefties in Steven Matz, Robbie Ray, and Hyun-Jin Ryu, the Blue Jays might be playing the angles in the hitter-friendly ballparks of the A.L. East.

The 2019 World Series champs never got off the mat in 2020 and finished with a 26-34 record. If they can keep their fragile starters healthy, a rotation of Max Scherzer, Stephen Strasburg, Patrick Corbin, and Jon Lester will be quite potent, while Josh Bell and Juan Soto should provide some offensive fireworks.

Here is a look at this year’s baseball win total over/unders from most projected wins to the least. We also glance at each team’s record and win percentage from the shortened 2020 MLB season.