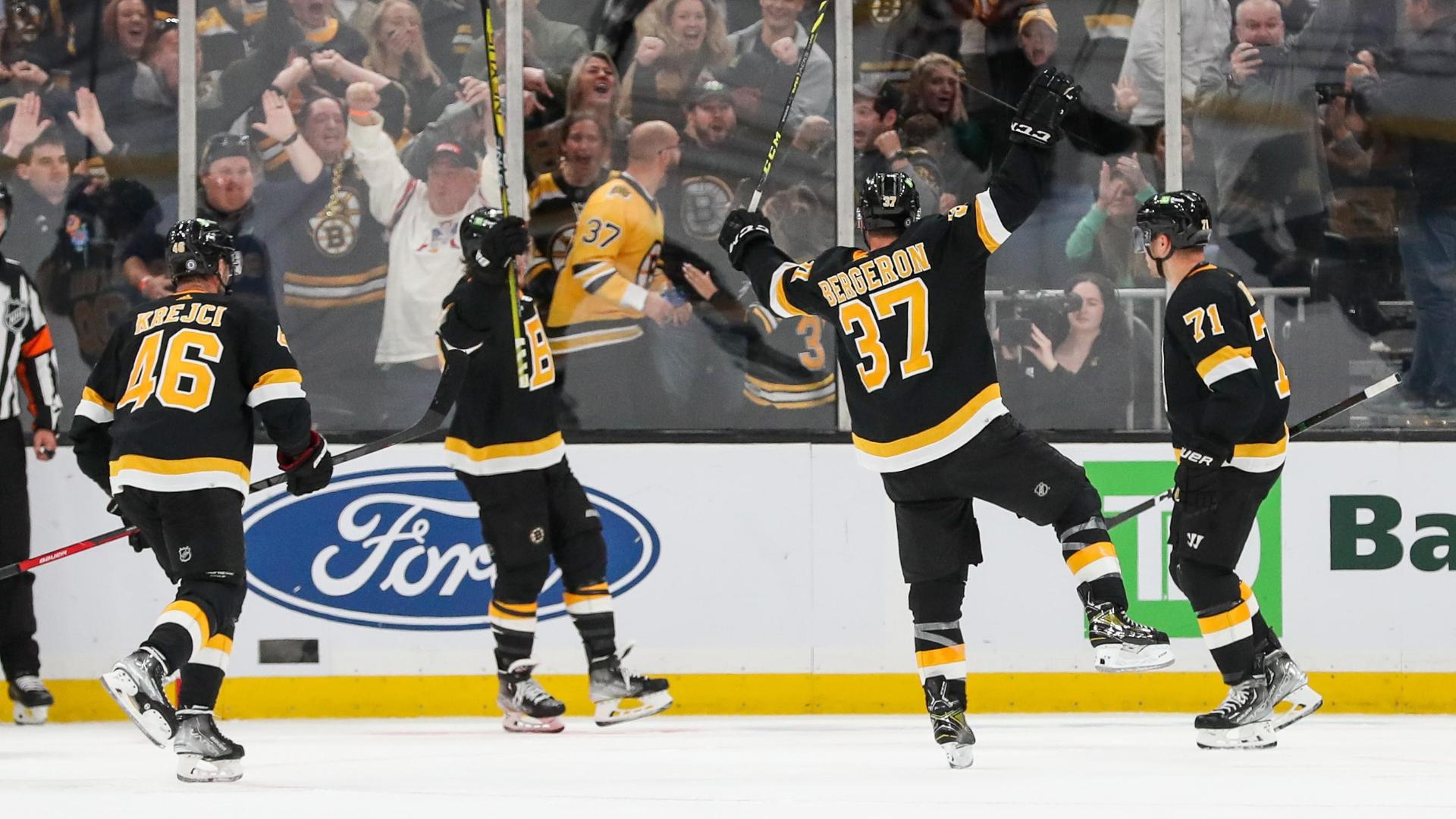 As the NHL rolls toward 2023, the betting picture of eventual champions is starting to come into focus.

In the Eastern Conference, per Caesars Sportsbook, the Boston Bruins are the favorite (+300) followed by the Toronto Maple Leafs (+475) and the surprising New Jersey Devils (+600). Those Devils are the story of the first quarter of the season, who were +3000 when it started.

The biggest tumblers in the odds were the Florida Panthers, who opened the season at +650 and are currently +1000 to win the East.

As of Dec. 8, the Rangers had over 19% of the tickets and nearly 29% of the handle for Eastern Conference champion at BetMGM where, interestingly, the Detroit Red Wings had 15.2% of the tickets to win the East.

In the Western Conference, the Colorado Avalanche remain the heavy favorites at +260, with the Vegas Golden Knights (+320) and the Calgary Flames (+500) behind them, per Caesars Sportsbook.

But there has been a huge change as far as the handle. When the season started, the Avalanche had over 50% of the handle at BetMGM for Western Conference champion. As of Dec. 8, the Vegas Golden Knights had surged to nearly 71% of the handle, while the Avs’ slice of the pie was around 11.5%.

The Stanley Cup favorite remains the same as it was in October at Caesars Sportsbook: The Avalanche, who opened the season at +400 and are still at +550 despite struggling through some injuries. The Bruins have moved up to match Colorado at +550. Next up are the Golden Knights (+750) and Devils, who are once again the league’s big riser, going from +5000 to win the Stanley Cup in October to +1000 as of Dec. 13.

Scoring Up, Unders Up?

One big reason is special teams. Teams are averaging 3.31 power-play opportunities per game through the quarter mark of the season, which would be the highest average number of power plays since the 2012-13 season if it holds. Teams are converting on the power play 22.6% of the time, which would be the highest conversion rate since the 1982-83 season.

What this trend has done is pump up the totals on NHL games.

“Years ago, totals of five goals were in the norm. Now it’s like 6.5 goals are almost the most common total — or at least six,” said Adam Pullen, Caesars Sportsbook assistant director of trading. “You rarely see 5.5 goals. So the scoring has gone up, and obviously the totals are going to be higher.”

Has that meant more overs hitting?

“Having a lot of games at six and a half will definitely skew things,” said Pullen.

On the flip side, only nine of the Avalanche’s 24 games went over. The Maple Leafs were under in 19 of 29 games.

Jason Scott, vice president of trading at BetMGM, said the over/under trends don’t necessarily impact how they set the lines.

“We don’t take notice or collect those type of historical stats. The variance between opening and closing number means they are meaningless to us,” he said.

There is one trend in the NHL that has caught Scott’s eye: When teams pull their goaltenders.

“Empty net strategies have also changed, so we focus on the future more than the past,” he said.

According to Stathletes, goalies were pulled sooner last season than they were previously. Through 70 games in 2021-22, the average goalie pull came three seconds sooner in a one-goal game and 20 seconds sooner with a two-goal deficit.

The availability of legalized sports wagering around the U.S. has opened up the betting possibilities for hockey fans. There was a time, not too far back, when NHL betting would be limited to the holy trinity of wagers: The moneyline, the puckline and the over/under.

With mobile wagering and a plethora of sportsbook options, NHL fans have dabbled in a variety of other ways to bet games.

Jason Scott of BetMGM said the biggest growth area for hockey has been “in-play betting” activity. “In-play totals is the market with the highest growth year on year,” he said.

As far as bets made before the game, Scott said the biggest growth area is in the goal-scoring market.

Pullen agreed that player props are the biggest boom market for NHL wagering. “Before New Jersey started [legalized wagering], there weren’t many player props for hockey. As things have matured, the market has matured and you have all these different options to bet. That’s going to keep growing,” he said, noting that player shot totals might be the biggest area of growth.