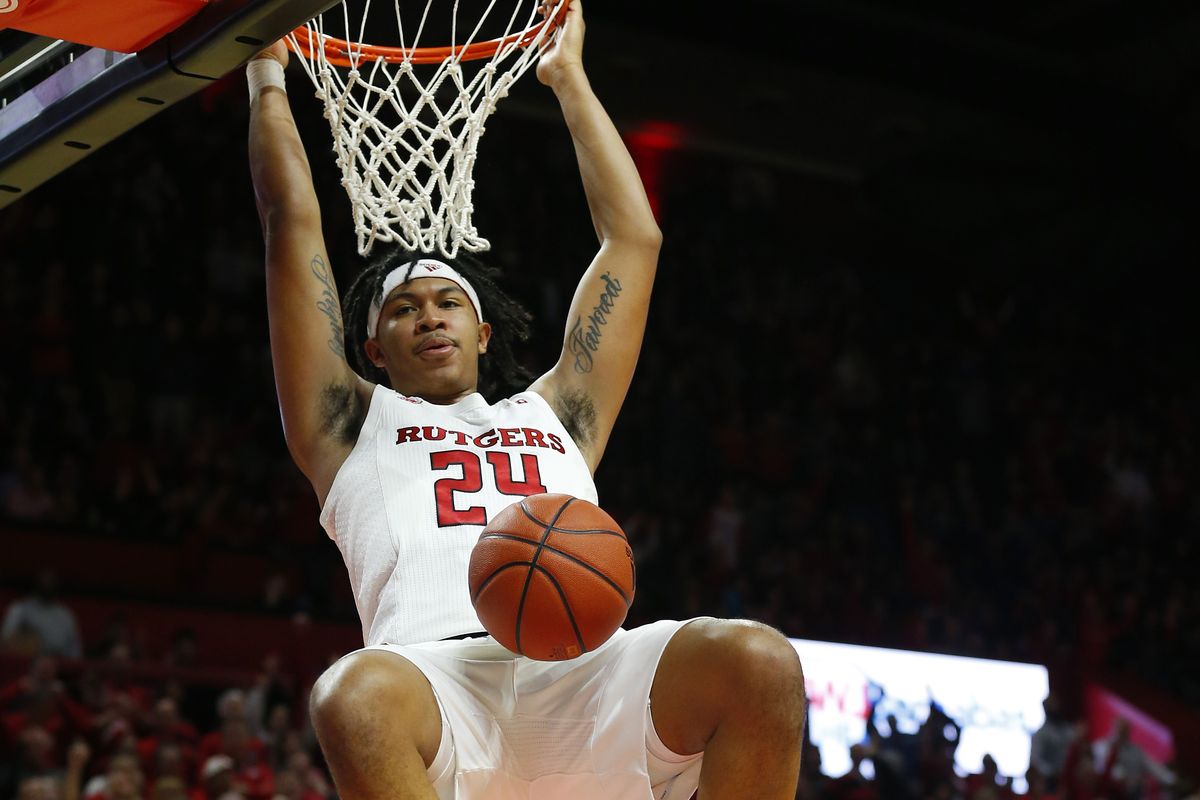 There was no change among the top four teams of this week’s college basketball power rankings, a rare beat of stability in a volatile season for the top teams. The rest of the top 10, though, couldn’t say the same. Let’s dive into this week’s SI Top 25:

Winners of 15 straight, the Bears survived their first test as the AP No. 1, beating Oklahoma at home Monday night, but face a potentially tricky road test at Florida in prime time on Saturday for the Big 12/SEC Challenge. Baylor ranks just eighth in Big 12 play in three-point shooting and ninth in two-point shooting, but is still finding ways to win games.

The Zags had their way with a BYU team missing Yoeli Childs, once again flexing their offensive chops in the blowout. Even without Childs, it was supposed to be Gonzaga’s biggest test since mid-December, but the Bulldogs passed it easily. Of bigger concern was the ankle sprain suffered by 6’11” big man Filip Petrušev in the win, though the Zags did just fine when Mark Few went with a smaller lineup.

The Jayhawks won a pair of games in the last week, but the big news, of course, was the ugly brawl that transpired at the very end of Tuesday’s 21-point win over rival Kansas State. The incident cost Silvio De Sousa 12 games and David McCormack two, but neither suspension should have a major impact on the court beyond shortening the team’s frontcourt depth, especially for the next two games without McCormack. De Sousa averages just 8.2 minutes per game and has scored six total points in the last eight games.

The Aztecs continue to win, picking up one apiece over Nevada and Wyoming in the last week to reach 20-0. We’re at the point now when we can seriously start to look at the odds that SDSU enters the NCAA tournament (or at least the Mountain West tournament) undefeated, with just nine games to go in the regular season. KenPom gives the Aztecs at least a 75% chance of winning each individual remaining game, but collectively, just a 19.8% chance at winning all nine.

The Seminoles are another team that keeps winning, though it took overtime to get past Miami in Coral Gables on Saturday. FSU’s disruptive defense (it ranks second nationally in turnover rate and first in block percentage) makes it a tough team to prep for, and the ‘Noles look to turn those mistakes into easy buckets for themselves on the other end.

The Pirates haven’t won the Big East regular season title since 1993, but they’re looking like a legitimate contender this season after starting conference play 7-0. That run has coincided with the emergence of senior center Romaro Gill, who has scored at least 10 points in six straight games after doing it just once in the first 13. The 7’2″ Gill is also a terror defensively in the interior, recently racking up eight(!) blocks against Providence and six against St. John’s.

Coming off the high of beating Duke at Cameron Indoor on Saturday, the Cardinals nearly had a letdown at home against Georgia Tech before closing the game out late. In this week’s Stock Report, we wrote about the impact of freshman point guard David Johnson and how he could be the answer at point guard that Louisville has needed.

The true ceiling of this Villanova team remains hard to peg, even as the Wildcats sit at 15-3 on the season. They’re 18th in KenPom, 16th in the NET rankings, 22nd in ESPN’s BPI and 33rd on T-Rank. Those numbers don’t suggest an obvious Final Four contender, but this is also a team that beat Kansas and has lost just once since Thanksgiving. ‘Nova has a young roster but a junior point guard (Collin Gillespie) with plenty of starting experience, and it’s using the same three-point heavy offense that has been a staple of Jay Wright teams.

We’ve talked about how strong a shooting team the Flyers are before, but let’s take a closer look at one of the big reasons why—namely, they take good shots. Dribble Handoff, which tracks shot quality, has Dayton ranked third nationally in offensive shot quality, behind only Loyola-Chicago and Penn. When it comes to catch-and-shoot shots, 62.1% of the Flyers’ attempts are unguarded (per Synergy Sports), which ranks seventh nationally, and they have the 15th-highest assist rate. This is a team that routinely makes the extra pass to get the better shot, and it’s a prime reason why it’s so dangerous.

After dropping back-to-back ACC games for the first time since 2017, the Blue Devils responded well with a blowout of Miami in Durham on Tuesday. Duke has now shot at least 40% from three in six of its last seven games—but the one it didn’t was its home loss to Louisville last weekend, when it went just 6-for-25 from the arc. 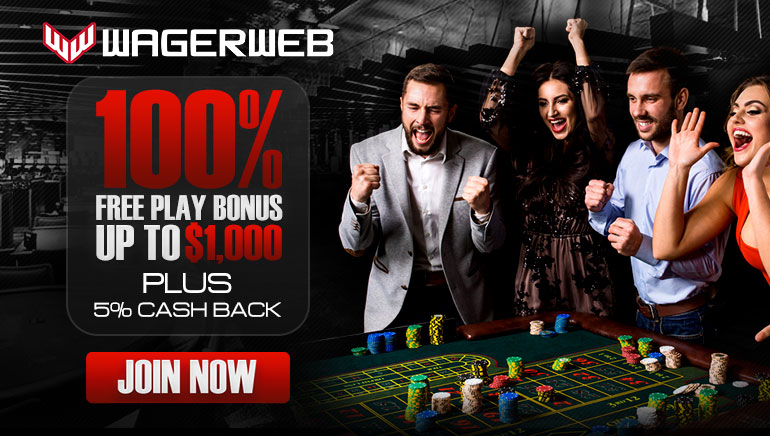 The Mountaineers had an odd week, taking their worst loss of the season on the road at Kansas State on Saturday before turning around and pasting Texas at home 48 hours later. The Wildcats were able to pick through the normally strong West Virginia defense, but against the Longhorns, the Mountaineer offense put up 97 points despite no individual player scoring more than 13.

The Spartans are right where we originally all thought they’d be: in first place in the Big Ten. It will be interesting, though, to see how they handle their upcoming tests, because a scheduling quirk had five of their first seven conference games at home. In their two road games, they beat lowly Northwestern and got blasted by Purdue, and they now head to Indiana and Minnesota this week and play five of their next seven away from the Breslin Center.

The Ducks stumbled on the road at Wazzu before pulling off an unlikely comeback to beat Washington in overtime in Seattle on Saturday. The game was a showcase for Payton Pritchard, who made six threes—including the game-winner—and reminded everyone the value of having a battle-tested senior point guard as we inch closer and closer to March.

The Terps flirted with a nightmare at Northwestern, trailing by 14 at halftime after a wildly ineffective first half on offense, but exploded for a 51-point second half to finally earn a win on the road. Jalen Smith looks like he’s putting it all together, and Maryland has to be encouraged by the play of X-factor Aaron Wiggins (10-for-21 from three in his last three games) since switching from starter to first guy off the bench.

After starting the season 15-1, the Bulldogs are in a three-game slide heading into Friday night’s game against Marquette. It’s an explainable skid—two of the losses were on the road and the third was at home to red-hot Seton Hall—but one that has dropped Butler to the middle-of-the-pack in a crowded Big East. The Bulldogs defense that had been so good this year has faltered in the three losses, and they haven’t gotten enough around Kamar Baldwin on offense to keep up.

Last week’s road trip to Arkansas was about as tricky a game you can get against an unranked opponent, but Kentucky showed growth in a seven-point win despite John Calipari’s ejection. Nick Richards continues to look like a different player this year and has now scored in double-figures in seven straight games after being neutralized in losses to Utah and Ohio State. His play is critical to a UK team that needs consistent frontcourt production.

After a bit of a rough start to the season, the Illini find themselves in second place in the Big Ten at 6-2 after an impressive 17-point road win over a Purdue team that has been great at home this year. With 7-foot Kofi Cockburn anchoring the paint, Illinois has had the best two-point defense in Big Ten play and is giving up just 25.8% of opposing shots at the rim, which ranks eighth-best nationally.

Back-to-back road losses to Alabama and Florida brought the Tigers back down to earth after their 15-0 start, but they rebounded at home against South Carolina on Wednesday. The biggest thing for Auburn now is building up its résumé, where it’s 1-2 in Quadrant 1 games. After a weekend break for the Big 12/SEC Challenge, its conference schedule ramps up with a series of opportunities up ahead.

Luka Garza has played himself firmly into the National Player of the Year race, an incredible rise for the big man at the heart of the Hawkeyes’ top-five offense. Iowa has been the best-shooting team in the Big Ten so far, and added home wins over Michigan and Rutgers in the last week to keep its momentum going.

The Cougars are very quietly putting together another nice season under Kelvin Sampson, and their 11-point road win at Wichita State on Saturday earned some well-deserved attention. Houston has a top-20 offense despite lacking a true go-to star, with five players averaging between 9.2 and 12.8 points and the No. 2 offensive rebounding rate in the country.

The Nittany Lions look to be getting back on track after a three-game skid, winning consecutive games vs. Ohio State and at reeling Michigan. Curtis Jones came off the bench to score 18 timely points against the Wolverines, helping PSU win in Ann Arbor for the first time since 2010.

The Tigers are one of the hottest teams in the country, having won seven straight and standing as the last unbeaten (6-0) in SEC play. Still, their last five wins have come by a total of 13 points, the latest escape coming after a near late-game collapse against Florida. LSU is carried by its offense and will likely continue to find itself in a lot of shoot-outs down the stretch.

The Shockers now find themselves looking up in the AAC race after a home loss to Houston last week marked their second straight conference defeat. Wichita needs to find more consistent offense, having gone four games in a row now without cracking 1.0 points per possession. Its 45.2% season mark on two-point shooting, which ranks 309th nationally, is a fairly big concern.

The only seven-loss team to make the cut here, the Badgers are helped by the fact that they’ve been playing much better since mid-December on. They bounced back from a road loss to Michigan State last week by taking care of Nebraska on Tuesday night in Madison, canning 18 threes (by eight different players) in the win.

In their first game as an AP Top 25 team since 1979, the Scarlet Knights took a tough five-point road loss in Iowa. Going up against the Hawkeyes’ powerful offense, the Scarlet Knights had their worst defensive showing since November, letting Iowa shoot 66.7% inside the arc.