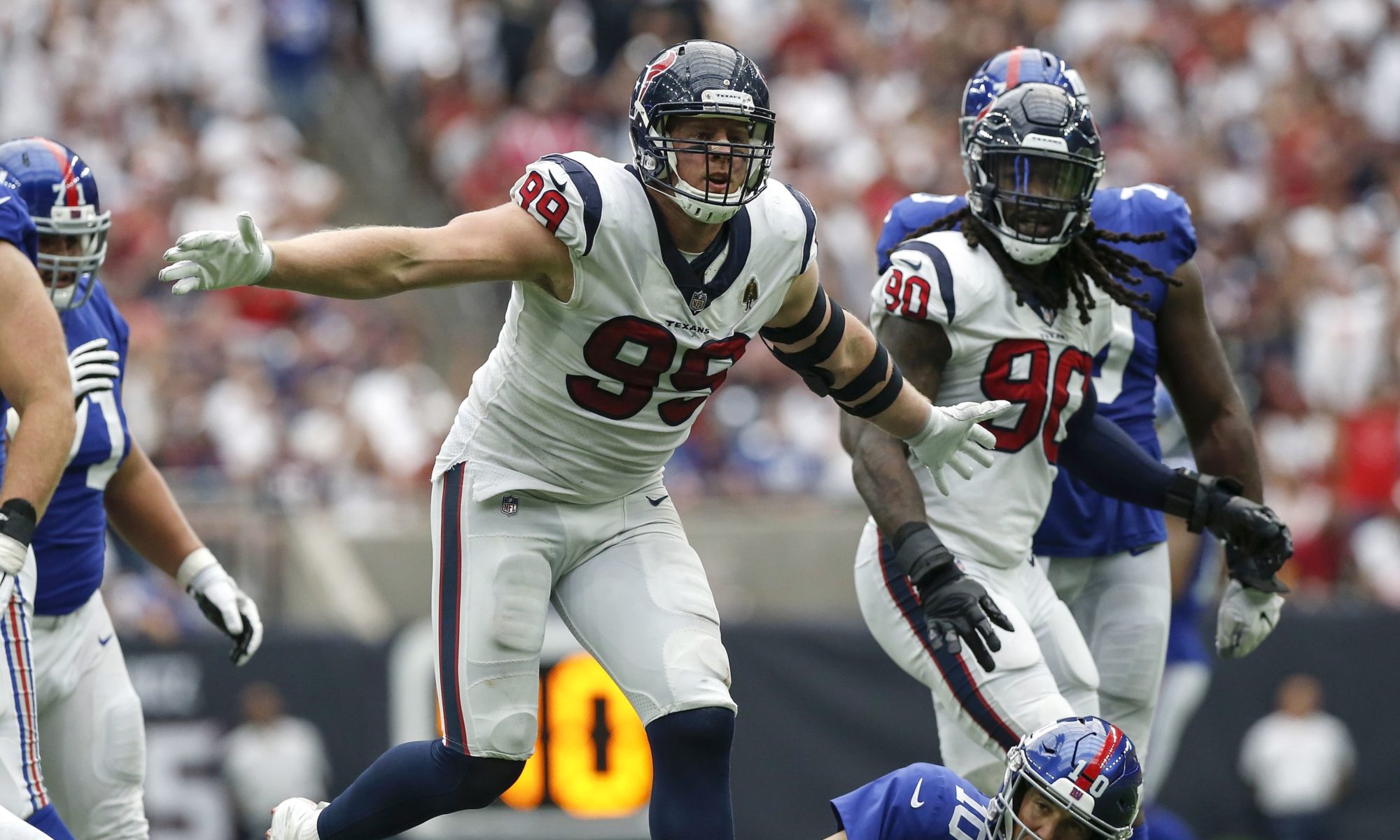 Not sure what the most unlikely playoff matchup in modern NFL history is, but Saturday’s AFC South Wild-Card matchup between the Colts and Texans has to be on the short list. Seriously, what odds could you have gotten that these teams would face off in the postseason when Houston was 0-3 and Indianapolis 1-2? Or when the Colts were 1-5 and the Texans were 3-3?

Houston is just the second team in the Super Bowl era to win their division after starting 0-3. The other was the 1992 Chargers, who won their Wild-Card game but then lost in the Divisional Round. Indianapolis is only the third team in the Super Bowl era to make the playoffs after a 1-5 start. The others were the 1970 Bengals and 2015 Chiefs, and neither made it to the conference title game.

It’s the first-ever postseason matchup between the Colts and Texans, but of course they play twice every regular season as members of the same division. Many around the NFL believe Houston would have fired Coach Bill O’Brien had it lost Week 4 in Indianapolis.

However, first-year Colts coach Frank Reich made a puzzling decision late in overtime to go for it on fourth-and-4 at his own 43, and Andrew Luck’s pass was incomplete. Punt that ball, and the game is going to end up tied. Houston quickly got into field position after the failed fourth-down try and won it 37-34 on Ka’imi Fairbairn’s 37-yarder. He had missed a 59-yarder at the end of regulation and a 37-yarder at the end of OT – but Reich had called timeout right before so that kick was wiped out. Fairbairn, incidentally, won the NFL scoring title with 150 points.

It’s likely that Matt Nagy will win NFL Coach of the Year, but Indy’s Frank Reich deserves consideration and probably finishes second. Remember, Reich was only the Colts’ fallback option after Patriots offensive coordinator Josh McDaniels left the team at the altar right after the Super Bowl.

Then there’s Luck, who will win NFL Comeback Player of the Year after missing all of last season. He finished fifth in the league in passing yards (4,593) and second in TD passes (39). Luck’s rating of 98.7 was a career high.

Houston’s Watson made history in Sunday’s 20-3 win over Jacksonville to clinch the AFC South. He became the first quarterback to throw for at least 4,000 yards and 25 touchdowns and rush for 500 yards and five touchdowns in a single season in NFL history.

There’s one clear concern for the Texans, though, and that’s the offensive line. Amazing that Watson didn’t miss a game this year considering he was sacked a league-worst 62 times, most by any QB since the Lions Jon Kitna was battered 63 times 12 years ago. The Colts were middle of the pack with 38 sacks, but their offensive line allowed Luck to be sacked just 18 times.

The first two games were decided by three points this season, and I see no reason why this won’t be as well. When teams are pretty evenly-matched, lean the one with the better QB. Watson is a fine player, but he’s not Luck. Plus, Houston is banged up with 18 players on their Week 17 injury report. Back Indy for an NFL ATS bet.