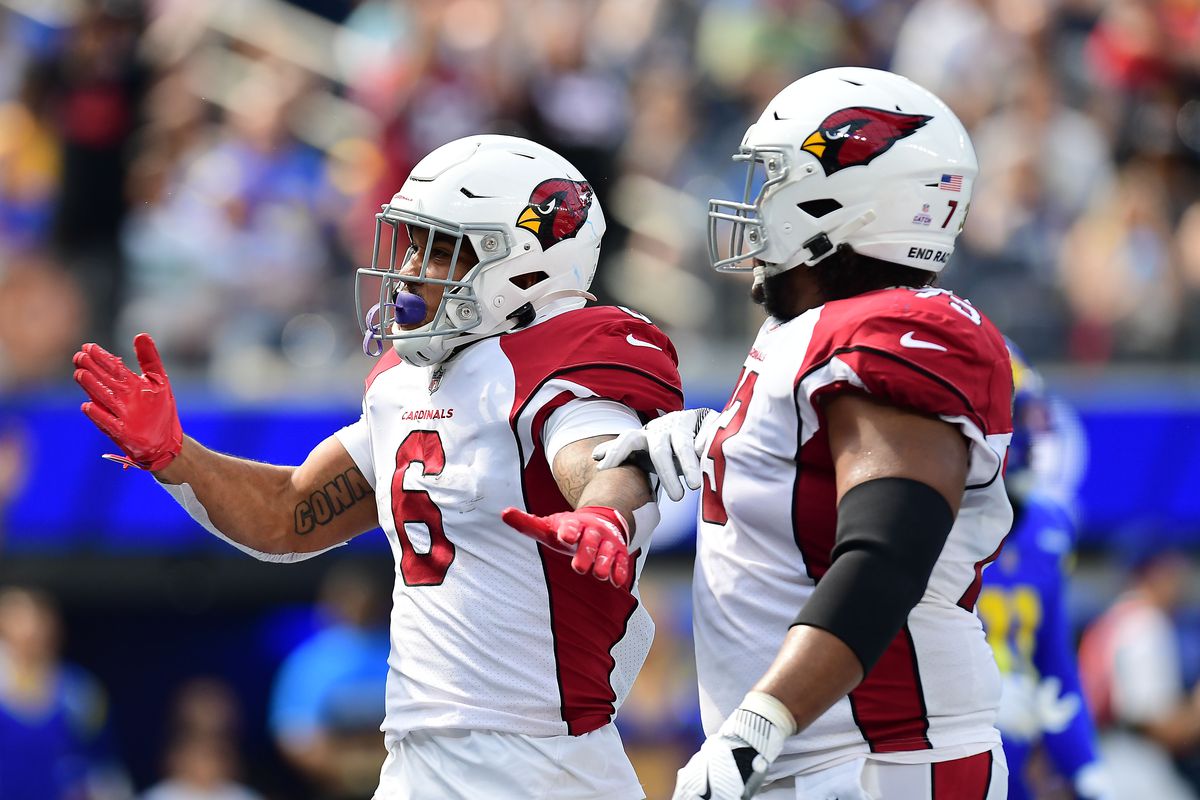 Week 5 of the NFL season gave us a shootout in Los Angeles between two of the AFC’s best, a kick-off to the death in Cincinnati, Tom Brady serving up barbecued Dolphin in Tampa Bay and Trey Lance’s first career NFL start.

And that all happened before Josh Allen and the Bills rolled into Arrowhead Stadium and put up a signature victory over Patrick Mahomes and the Chiefs.

So, what do we make of the NFL after Sunday’s Week 5 action? There are 11 good teams, 10 teams destined to jockey for position in between 12 and 22 in these power rankings and 10 teams that range from not very good to “Oh, please get this off my television.” So, don’t yell at me about the Chicago Bears or Pittsburgh Steelers being too high, they’ll probably fall back down the ladder next week. But there’s too much mediocrity in the NFL to sort through after five weeks. They can’t all be ranked at No. 20.

So here’s where every team stands after Sunday’s Week 5 action:

32. Jacksonville Jaguars (0-5): For the second straight week, Urban Meyer wouldn’t take responsibility for where someone lined up. At least this time the issue was on the field and not at Urban’s Chophouse.

31. Houston Texans (1-4): Where is the “Punt ball into teammate’s helmet” play on the play sheet?

30. New York Jets (1-4): If the NFL’s goal is to grow the game abroad, they are going to have to stop sending the Jets to London.

29. Detroit Lions (0-5): Detroit is now the first team in NFL history to lose two games on 50-yard field goals with no time remaining. Only way to go is up for Dan Campbell.

28. New York Giants (1-4): I couldn’t be the only one who didn’t know Mike Glennon was still employed.

27.  Miami Dolphins (1-4): Miami is a Damien Harris Week 1 fumble from being 0-5. The defense gave up 558 yards to the Bucs on Sunday and the offense is as lackluster as they come. Brian Flores might want to be a little more than “concerned.”

26. Atlanta Falcons (2-3): Even the Falcons couldn’t find a way to lose to the Jets. Tells you how bad the Jets are.

25. Washington Football Team (2-3): I’m starting to suspect the vaunted WFT defense might not be all the vaunted, but more research is needed.

24. Indianapolis Colts (1-3): The Colts finally got in the win column by beating a Dolphins team that has struggled to do much of anything right. They’ll face a tougher task Monday against a Ravens team that is 14-1 in its last 15 primetime games at M&T Bank Stadium. Best of luck, Carson Wentz.

23. Philadelphia Eagles (2-3): A lucky W is still a W, but there still isn’t much to like about this Eagles team.

22. Seattle Seahawks (2-3): Russell Wilson is out for four to eight weeks and their season is circling the drain, but at least the Seahawks have their first rou …. Oh, right. Oof.

21. New England Patriots (2-3): There’s no way the Patriots’ plan was to have Mac Jones be their best offensive player through five games, but that’s where we are at and that’s what the rookie has been.

20. Minnesota Vikings (2-3): After watching their celebration (?), there’s no way you can tell me Mike Zimmer doesn’t want to fight Kirk Cousins.

19. San Francisco 49ers (2-3): Trey Lance showed some good things in his first career start, but some dropped pass and uninspiring play calling hurt the rookie QB. The 49ers enter their bye with a massive decision to make at QB and no clear answer. If Jimmy Garoppolo is healthy for Week 7, who starts?

18. Denver Broncos (3-2): The Broncos have cracks starting to show all over their roster, they’ve lost two straight and now face a borderline must-win against a desperate Raiders team in Week 6. Frauds.

17. Pittsburgh Steelers (2-3): One cure for a washed up QB? Protection. The Steelers’ line played its best game of the season and now they are a win against the Geno Smith-led Seahawks away from getting back to .500. Not. Dead. Yet.

16. Tennessee Titans (3-2): Derrick Henry has 142 rushing attempts through the Titans’ first five games. Henry is superhuman, but eventually all the mileage will take its toll.

15. Carolina Panthers (3-2): Carolina’s offensive line has major issues and Sam Darnold has the lowest passer rating (65.6) of any starting QB in the past two weeks.

14. Las Vegas Raiders (3-2): The shine from the offensive explosion of the first two weeks has worn off and Jon Gruden has returned to his vanilla play calling ways. Couple that with only three takeaways on the season – and one since Week 2 – and you have a recipe for a team that’s preparing for the sky to fall.

13. Chicago Bears (3-2): Dominant defense. Grinding offense with a rookie QB that is going to keep improving as long as Matt Nagy doesn’t get in the way. The Bears might be on to something.

12. New Orleans Saints (3-2): The Saints finally got the ball to Alvin Kamara and good things happened. Funny how that works.

11. Cincinnati Bengals (3-2): The Bengals went toe-to-toe with the Packers and learned a valuable lesson – never kick.

10. Kansas City Chiefs (2-3): Alright, the defense is a massive, massive issue in Kansas City. Patrick Mahomes can cover up most issues, but the Chiefs are going to need to find ways to get off the field when matters most.

9. Cleveland Browns (3-2): Some Browns fans are ready to hurl Baker Mayfield into the Cuyahoga River, but in Cleveland’s two losses, the offense is averaging 35.5 points, 313 passing yards, 494 total yards and Mayfield has thrown just one interception. No. 6 isn’t the problem.

8. Baltimore Ravens (3-1): It was a good Sunday for the Ravens as the Browns and Bengals both lost while Baltimore sat at home and kicked its feet up preparing for a Monday night showdown with the Colts.

7. Dallas Cowboys (4-1): Being on the other side of the Jason Garrett face had to feel good to Dak Prescott and the Cowboys who look like legitimate Super Bowl contenders.

6. Green Bay Packers (4-1): The Packers have been wiggling out of stadiums unscathed without some of their best players. It hasn’t been pretty, but with a lot of their stars in street clothes, the Packers will take 4-1 any way they can get it.

5. Tampa Bay Buccaneers (4-1): He’s baaaaack. After not finding the end zone last week, Tom Brady diced up the Dolphins to the tune of 411 yards and five touchdowns. The Bucs have now scored at least 44 points six times in 25 games since Brady arrived. They had scored 44 points just six times in 44 years as a franchise prior to the GOATs arrival.

4. Los Angeles Rams (4-1): Dislocated finger? No problem for Matthew Stafford and the Rams who picked up a key NFC West victory on a short week. That trip to Cabo was money well spent for Sean McVay.

3. Buffalo Bills (4-1): The Bills had been waiting nine-plus months for another shot at the Chiefs. They got it Sunday and didn’t miss, handing the Chiefs their third loss in five weeks and sending a shot across the bow of the two-time defending AFC champions.

2. Los Angeles Chargers (4-1): Justin Herbert now has 5,912 passing yards through his first 20 career starts – the second most in NFL history – and 50 total touchdowns. The Chargers now have the quarterback and the coach. These aren’t your father’s Bolts.

1. Arizona Cardinals (5-0): Cardinals have won shootouts and slugfests. They’ve won pretty and they’ve won ugly. They look like the most complete team through five weeks.