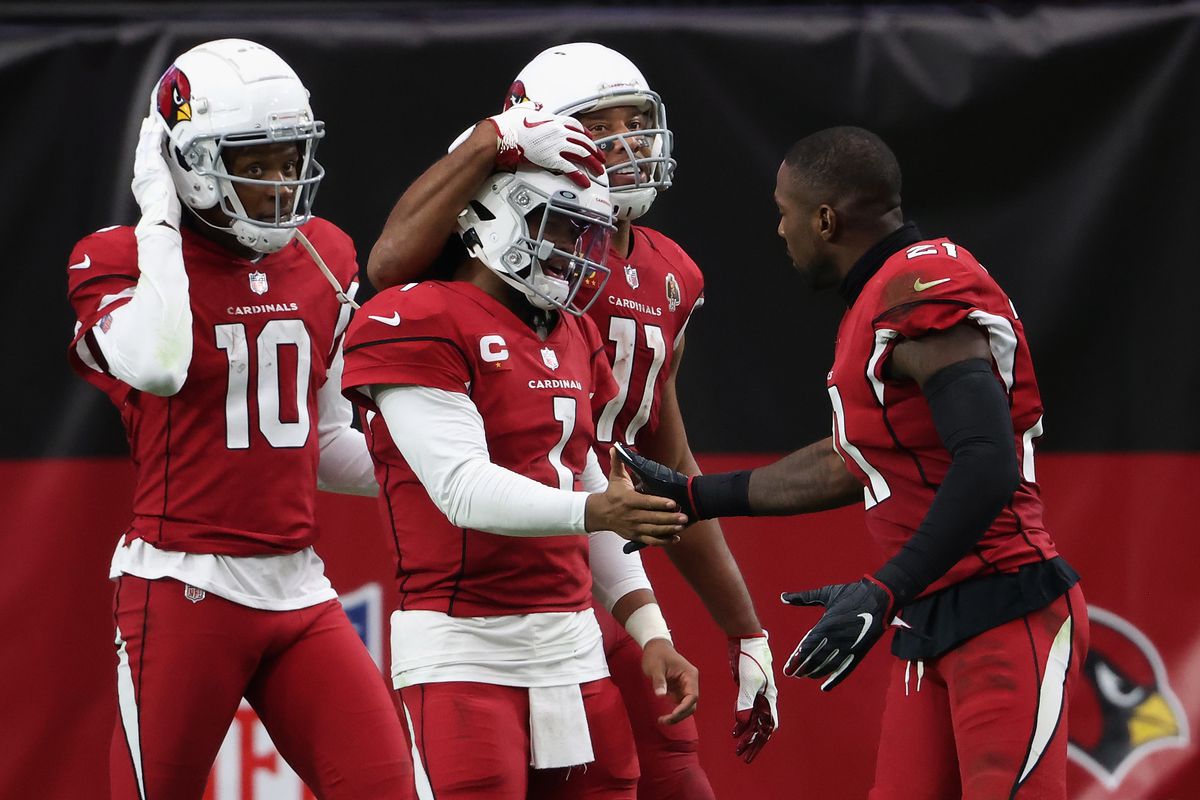 Over/Under win totals shown here are the best available prices on the over.

Analysts have made it known that Kyler Murray and the Cardinals’ full potential could be being held back by Kliff Kingsbury. Until they prove otherwise, or until another coach comes to town, Arizona will be projected to be a perennial .500 finisher.

The Falcons were wise to snag TE Kyle Pitts with the fourth overall pick, giving Matt Ryan another option with Julio Jones now in Tennessee. Pitts will be the second option for Ryan behind Calvin Ridley.

Ten-and-a-half to 11 wins might seem like a lofty total at first glance, but remember the NFL extended the regular season to 17 games. They re-signed a pair of defensive stars and John Harbaugh has established what we can expect from the Ravens.

The Bills established themselves as a serious Super Bowl contender in 2020, making it all the way to the AFC Championship Game. With most of last year’s crew intact (plus another pass catcher for Josh Allen in Emmanuel Sanders), expect the Bills to pick up right where they left off.

Under new quarterback Sam Darnold, it’s expected that the Panthers take a step in the right direction. While the offense has already shown to be in good shape, the defense will need to carry its weight to keep Carolina on track.

The Bears made the playoffs in 2020 and didn’t lose too many meaningful pieces to free agency. Chicago head coach Matt Nagy says that Andy Dalton will start over Justin Fields in Week 1 but we could see the rookie soon if Dalton struggles.

Joe Burrow is back in the driver’s seat, but oddsmakers remain skeptical of how he will play off such a devastating knee injury. While they picked up a few pieces on defense, the Bengals’ offseason was devoid of adding a real difference-maker.

The Browns finally ended their playoff drought (longest in the NFL) and even managed to pick up their first playoff win in decades. There were no real losses personnel-wise and they added a pair of stud defensive backs, meaning the Browns should be right back in the mix in 2021.

Dak is back at the helm and the Cowboys are ready to bury one of their worst seasons in recent memory. In the eyes of oddsmakers, Prescott is worth at least 3.5 wins to the Cowboys, though – again – keep in mind that the league is playing 17 games this season.

The Broncos added a haul defensively in free agency, highlighted by Kyle Fuller and Ronald Darby. Denver will start Teddy Bridgewater at quarterback in Week 1 against the Giants.

It’s a total rebuild in Detroit; new head coach, new quarterback, new direction. It’s essentially Year 1 of the rebuild, meaning the Lions will take whatever wins they can get and move into the next offseason, barring a serious breakthrough.

The Packers’ over/under was at 8.5 wins just before Aaron Rodgers showed up at training camp. Now, the Packers are once again slated for double-digit victories.

Deshaun Watson showed up to Texans camp but is unlikely to play this season. Houston could still very well trade Watson before the start of the regular season.

The Colts were projected for 9.5 wins at most books before Carson Wentz went down with a foot injury. With it now likely that Wentz will actually play early in the regular season, this win total has ticked back up.

A new head coach and a rookie franchise quarterback lead to a lot of question marks in Duval County. However, they were aggressive in free agency, adding several defensive pieces and a new pass catcher for Trevor Lawrence – veteran Marvin Jones.

The back-to-back AFC champions lead the NFL in projected wins. They didn’t lose much, added Pro Bowl guard Joe Thuney, and retained all the skill players that Kansas City has hung their hat on for the past three years.

Whispers of Derek Carr being on the trade block for Las Vegas has dominated their offseason headlines, as did the mass exodus of their offensive linemen. Some head-scratching moves, including dealing Pro Bowl center Rodney Hudson, leads to a lower projected win count for the Raiders.

Another year under Justin Herbert is all oddsmakers need to see to count the Chargers for a .500 season. The Bolts also added a pair of stellar offensive linemen, including All-Pro center Corey Linsley.

For years, Jared Goff was pegged as the weakest link on the Rams even after he took them to a Super Bowl in 2018. There’s a new sheriff in town, Matthew Stafford, which has pushed the Rams buzz to new heights.

While the saga is far from over, the Dolphins at one point this offseason looked like they were going to land Deshaun Watson. However, they roll into 2021 with Tua Tagovailoa as their guy, putting a cap on the talented Dolphins’ projected win total.

The Vikings’ offense had found its stride behind rookie phenom Justin Jefferson and stud Dalvin Cook. Defensive troubles kept them outside the NFC Playoff picture, and that issue was addressed this offseason. Minnesota brought in in Patrick Peterson and Dalvin Tomlinson.

New England was the most aggressive team in free agency, adding everything from pass catchers (Hunter Henry, Nelson Agholor, Jonnu Smith) to defensive weapons (Jalen Mills, Matt Judon). Bill Belichick will be riding with a rookie under center this season as Mac Jones beat out Cam Newton for the starting gig.

It’s the first season the Saints will have to tackle without Drew Brees since 2005 and how they’ll fair with Jameis Winston under center remains to be seen. New Orleans has one of its lower projected win percentages in recent years.

Saquon Barkley returns to the Giants in what will be a critical year for both Daniel Jones and Joe Judge. They added electric receiver Kenny Golladay, but missed out on many other free agents as they worked hard to re-sign Leonard Williams up front.

With the second overall pick, the Jets selected BYU’s Zach Wilson. They also bring in Robert Saleh as their new head coach, moving far past the Adam Gase years. It may take a year or two to get on track, so New York’s projected win total remains modest.

It’s a new direction for the Eagles, who bring in a new head coach – and they parted ways with franchise guy Carson Wentz. Instead, they’ll roll with Jalen Hurts, who showed flashes of stardom at the end of 2020.

Ben Roethlisberger is back for one more swan song, which was bemoaned by fans who were looking to move forward this year. Despite winning 12 games a season ago, Pittsburgh was marred by distractions and disappointment, ultimately being eliminated in the AFC Wild Card round by the Browns.

The crew is back and healthy after a season that was decimated with injuries. Better yet, the 49ers drafted a new franchise quarterback in Trey Lance. Just a year removed from a Super Bowl berth, San Francisco is a team that’s expected to compete this year.

It’s a high projected win total for a team that had something of a quarterback controversy early in their offseason, but that’s what Russell Wilson brings to the table. As a starter, Wilson has won fewer than 10 games just once (2017, when the Seahawks won 9).

The defending champions are running it back with all of the same key figures. As long as Tampa Bay has Tom Brady, they’re going to win football games. The team has become cohesive and they’re dangerous on both sides of the ball.

The Titans swapped offensive coordinators and brought in a trio of defensive starters (Bud Dupree, Denico Autry, Janoris Jenkins) to help shore up issues on that side of the ball. Then they traded for Julio Jones, causing the projected win total to land at 9 or over 9 at most books.

Per advanced stats, the WFT had the most productive offseason of any team. They added Ryan Fitzpatrick and a host of offensive and defensive weapons to their roster.