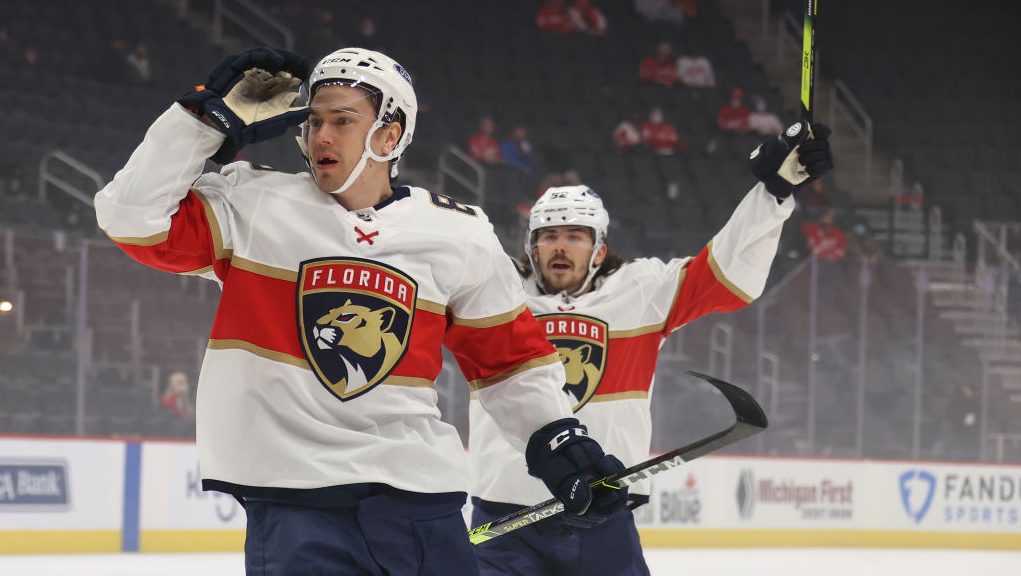 With the NHL’s regular season past the quarter pole, it’s time to take a look at who the favorites are in 2021-22 Stanley Cup odds.

Oddsmakers obviously believe the Panthers, first in Stanley Cup odds, should be respected as a legitimate contender.

Florida had a stacked roster last year and finished on a 115-point pace without their top defenceman, Aaron Ekblad, for much of the season.

This year, they have Ekblad back and added forward Sam Reinhart from Buffalo. Reinhart has scored 20 or more goals in five of his six NHL seasons and was a great under-the-radar addition to a top-six forward group that already featured Aleksander Barkov, Jonathan Huberdeau and Carter Verhaeghe.

The goaltending is a bit of a question mark as you never know what you might get out of Sergei Bobrovsky. But Florida does have recent first-round pick Spencer Knight seemingly ready to break through if Bobrovsky falters.

The Panthers were at +1600 just a few weeks ago, so the value on this bet is evaporating quickly, but we’re still betting them at +600.

The Vegas Golden Knights fell out of the top five on the Stanley Cup odds list briefly because of their early-season struggles.

However, the team was without several key pieces for a long stretch (Mark Stone and Max Pacioretty, among others) and is still sitting fourth in the Pacific at 14-10-0 through 24 games.

We believe the Knights are legitimate contenders and one of the best teams in the league when healthy. They also might get star acquisition Jack Eichel back from injury at some point late in the year.

Don’t let the record fool you. This is a top-tier team with a record creating value in Stanley Cup odds for bettors – +850 is a solid bet.

At one time one of the top four teams in Stanley Cup odds, the Carolina Hurricanes have fallen to ninth on the odds table at +1300 amid a bit of a slower last couple of weeks (5-4-1 in their last 10).

But make no mistake, this is one of the best teams in the league with elite talent up and down the lineup.

The team is also getting lights-out goaltending from Frederik Andersen, who ranks inside the top 10 in both goals-against average and save percentage.

The Jets are a solid long-shot bet as one of the few teams in the NHL with both elite scoring talent up front and top-notch goaltending.

With a foursome of Mark Scheifele, Nikolaj Ehlers, Kyle Connor and Pierre-Luc Dubois carrying the load offensively, there are not many teams in the league that can match the star power the Jets possess. And with former Vezina winner Connor Hellebuyck in net, the Jets have the makings of a winning formula.

The problem for the Jets the last few seasons has been their inability to defend in front of their goalie. The Jets were swept by the Canadiens in the playoffs last season largely because their defense did not hold up against the Habs’ ferocious forecheck.