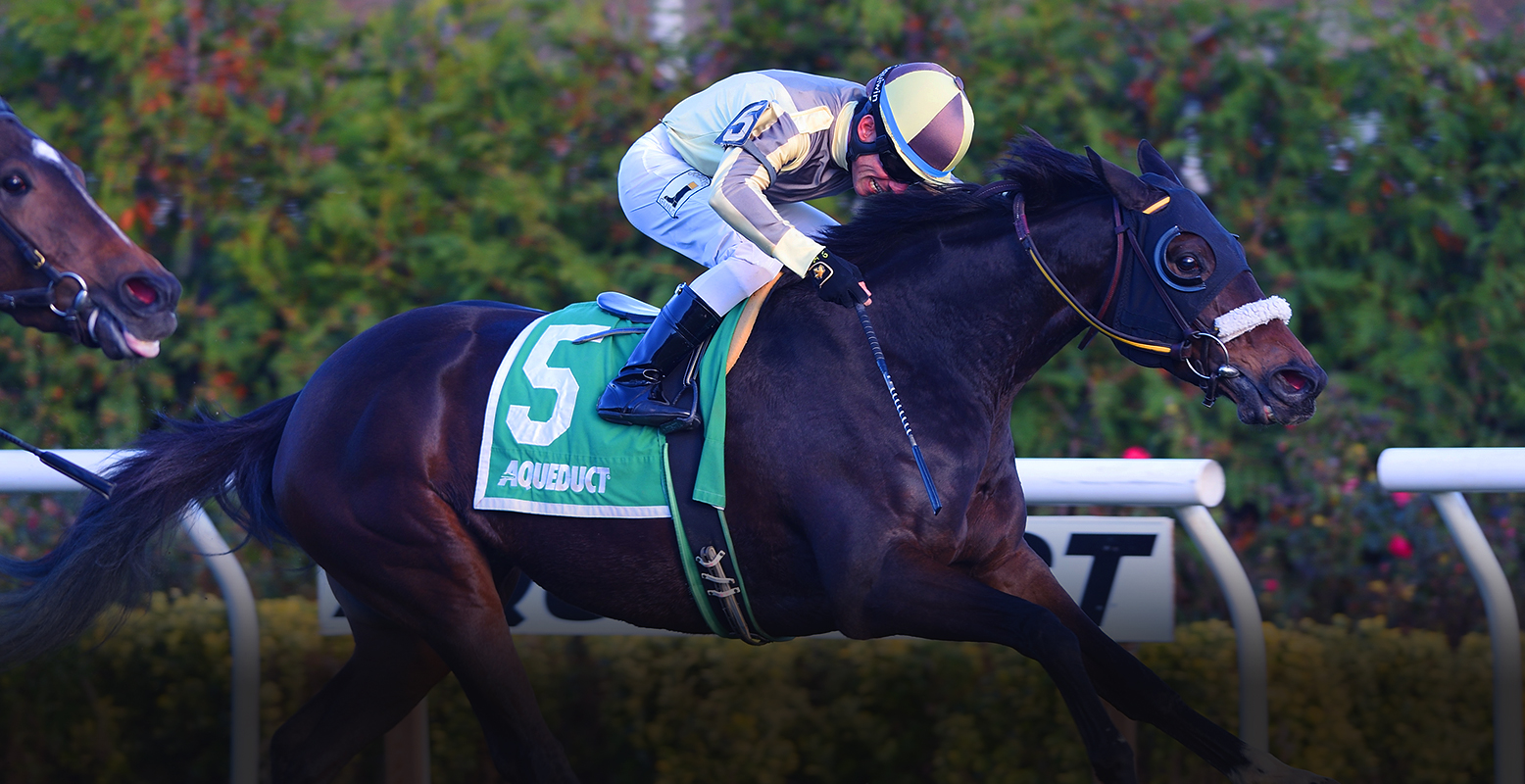 Fonner Park Race 1: A decent maiden claimer by track standards with several holding solid claims but Nola’s Sugarplum, who is among the most exposed, has gone backwards since a fair debut at Louisiana Downs back in August. Obvi keeps placing but her form has plateaued but it would be no surprise to see newcomer Witts Question play a part. Charming Diva finished ahead of Itybitquikasakity over track and trip in March and was second again last month but may have to give best to MY LITTLE CHARLIE, who was just behind a subsequent winner when running her best race to date over 4f last time.
SELECTIONS: 6-5-1-2

Fonner Park Race 2: Eastside Boy was a short-priced favourite over 6f here last month but finished behind Mingo Born, though ahead of Mascarpone. Returning to a mile, Isai Gonzalez’s gelding should come out best of that trio today granted luck in-running but BANANA PEPPER is preferred. The only three-year-old in the contest, the grey wasn’t stopping when getting off the mark over 6f last month and his breeding offers hope that he’ll stay. Captain John was also successful over 6f last month but is far more exposed but Best Trick Yet is not without a chance on a couple of placed efforts here this year.
SELECTIONS: 7-3-6-5

Fonner Park Race 3: A good run from Banana Pepper in the previous race would be a pointer to the chances of Run for Matty, who finished third to that one here last month. But RADICATOR is probably the one to beat if forgiven a lacklustre effort last time. Mike Bollinger introduces an interesting newcomer in My Easy Cash but Walker’s Bullet looks held on a couple of recent runs over track and trip and Explosive Shoes is not improving.
SELECTIONS: 7-6-10-2

Fonner Park Race 4: LOVESAFLYIN (NAP) recorded a first victory over this trip last month. Her defeat of Miss Elise and Trepi’s Trpl Crown was probably decent form and there should be more to come from Terrell Hemmer’s filly. Ubetcha Ima Bumper beat Chamber Doors over track and trip two runs ago but is no certainty to confirm that form and has since finished behind Judge On the Run again. The latter is having a first run today for Shelby Shola but Jake Olesiak keeps the partnership intact.
SELECTIONS: 9-6-8-5

Fonner Park Race 5: Vagary was a consistent sort over a shade further at Delta Downs over winter but is probably best watched having a first run since February. Ranbir’s second to Frigid here last month, with Legendary Song third, was her best run of the year and she’ll be fancied to go one better but SAYGOODNIGHTGRACIE made a bold bid to complete her hat-trick here in March when last seen and she can pick up the winning thread again.
SELECTIONS: 4-2-8-3

Fonner Park Race 6: All the action in this is likely to be generated by the four occupying the four outside stalls. Where’s Rufus has probably achieved most this year but may struggle to peg back recent winner FRIEND OF DUBAI if Jarred Journet’s mount breaks smartly and gets to the front. Smokin B finished ahead of Country Summer over a mile two runs ago but the placings were reversed over a shorter trip last time. Fearless Kitty may not have the pace to take advantage of his inside berth. SELECTIONS: 5-6-4-7

Fonner Park Race 7: STARLING has been suited by coming from off the pace in his last two runs so stall nine shouldn’t be a significant disadvantage. He looked sure to follow up an earlier victory at Will Rogers Down here last time but was collared close home so Francisco Arrieta may delay his run today. Songsters and Nattytyme look held but Ameripoint will probably run his race again and Masterpiece Day was a ready winner over a shade further last month. Spring Loaded, on a long losing run, has a bit to find on the form book with some of these. SELECTIONS: 9-2-8-5

Fonner Park Race 8: Despite an earlier second over track and trip, Spoon Boss was a surprise winner over half-a-furlong further last time when Top of the Page finished fifth and For the Hustle, who has changed barns since, was well beaten. There was probably no fluke about that success, however, and he is one of the more likely winners of this finale. Lovethatcause arrives in terrific form and on a hat-trick so demands respect but KNIGHT DISRUPTOR, well regarded earlier in his career, took a decisive step forward when only beaten a nose by Big Guy Ian last time and that run gives him the beating of Dun Sober.
SELECTIONS: 8-4-7-2