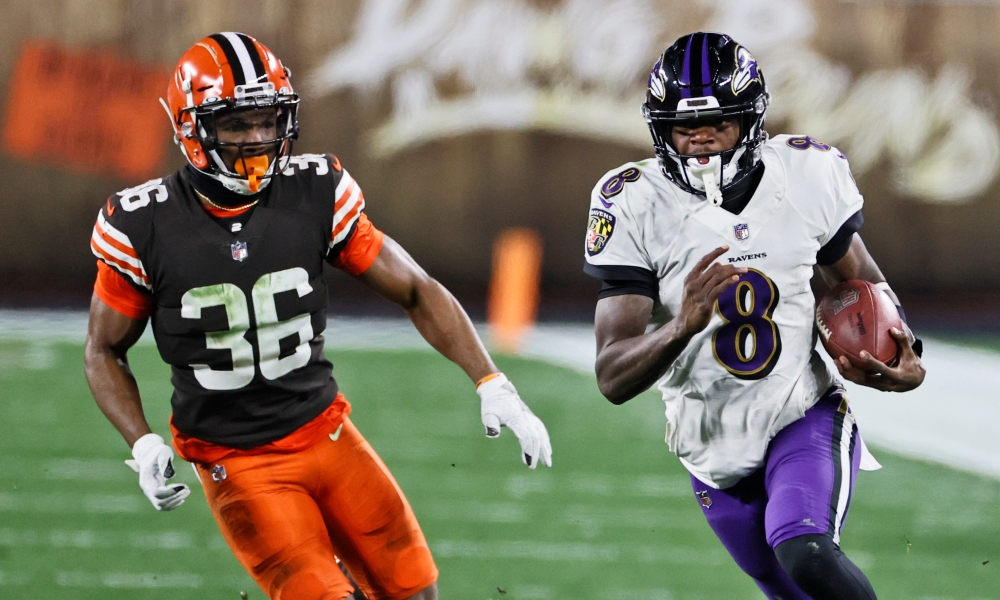 After a fantastic slate of games last week, Week 11 is highlighted by a couple of marquee matchups, mixed in with some potentially one-sided affairs.

Here are our EARLY Week 12 picks,  predictions, and NFL odds for Sunday’s games.

NOTE: These are only EARLY OPINION PLAYS and not the actual plays given to Members on Gameday. For the latest updates text “Update” to 561-962-5350.

The arrival of Thanksgiving gives our NFL picks and predictions for Week 12 a different look with three games on Thursday. With the NFL standings turning on their head in recent weeks, can we trust any teams this week, or could we see another week of crazy results?

Just when it looked like the NFL playoff picture was taking shape, the past two weeks have thrown it all up in the air again. Both No. 1 seeds lost last week, and five underdogs won outright, including a double-digit underdog in the Texans.

It is hard to know what to expect from the first of the three Thanksgiving games. We could see any combination of Jared Goff, Justin Fields, Tim Boyle, Andy Dalton, or David Blough on the field. This might be the Lions’ best chance to win a game in the remainder of the year, but their defense is likely going to have to be the reason they do so.

Both of these offenses looked flat-out bad this week. What should have been an exciting game between two playoff contenders now feels like it is a case of whoever does not play worse on offense will win. The Cowboys could be without both Amari Cooper and CeeDee Lamb, but they should still have too much for the Raiders.

This is another Thanksgiving game that a few weeks ago looked like it would be an intriguing battle between two formidable teams. Instead, we have two teams who got embarrassed last week and have won a combined one game in the last three weeks. Both teams desperately need the win, but the Bills should have the edge with the better QB.

With six teams playing on Thursday and two on a bye, Sunday will have a less hectic feel about it than normal. A handful of incredible Week 12 games have major NFL playoff implications.

Tom Brady going back into the building of one of his greatest rivalries will evoke many memories, but the Buccaneers cannot afford to get lost in the emotion of games past. The Colts are running the ball well, and the Buccaneers’ run defense has looked beatable in the last few weeks.

Meanwhile, the Buccaneers’ offense has looked out of sorts in the past few weeks, and the Colts’ defense just played superbly against the Bills. The Colts are hot right now, and their line is creating huge holes for an always-impressive Jonathan Taylor to run through. This one is a potential upset on Sunday as we keep saying watch out for the INDY COLTS. Now 35-1 from 80-1 to win Superbowl.

This game could have huge ramifications for… who finishes up second in the 2022 NFL Draft order. Unfortunately, that is really all that is on the line for this game. The storylines revolve around the potential of seeing Zach Wilson return and Tyrod Taylor’s fight to earn himself the long-term role in Houston. I like Houston to win, but this is not a game where I personally feel comfortable placing any wagers.

The Eagles are playing solid football right now with three good performances in a row. They have a chance to head into their bye at 7-6 and right in the midst of the NFC playoff race. They should be too good for the Giants, but this Eagles team has been somewhat of a roller coaster this season.

The Cam Newton show rolls into Miami with both of these teams somewhat surprisingly still in the playoff race. Miami has surged back into the picture in the last three weeks with three victories thanks to their defense.

Newton looked rusty in his first start this season, and the Panthers desperately need him at his best. The Dolphins’ defense will be the key to this matchup, and Miami has an incredible opportunity to go into their bye in Week 14 at 6-7 and still alive in the AFC playoff situation.

My my, how things change in the NFL in a couple of weeks. The Titans just lost their second game this season to one of the worst teams in the AFC, while the Patriots look like a Brady-era juggernaut.

The Titans’ offense looked out of sync, and now they have to face a Patriots team that has allowed just 13 points in the last three weeks. Meanwhile, New England’s offense is doing what it needs to and allowing their defense to win games. Mike Vrabel knows how to play this Patriots offense, but it is hard to imagine Bill Belichick letting a former player beat him three times in a row.

Anytime two AFC North teams face this week, huge playoff implications are at stake, and this is no different. The Bengals got a crucial victory in Week 11, while the Steelers suffered a second damaging result for their hopes.

The Bengals are the slightly better team, but strange things happen in this division. If the Bengals win, they have a huge tiebreaker over the Steelers after winning earlier in the year. However, the Steelers have not lost to the Bengals twice in one season since 2009.

The Falcons simply have to win in Week 12 or their season is over. Losing to the Jaguars would raise serious questions about this roster. However, the Jaguars’ performances this season have been impossible to predict. If we see the team from Weeks 9 and 10, they have a chance, but the team from Week 11 should not even get close.

The Chargers’ victory over the Steelers was huge for their playoff chances, but now they have to go on the road and back it up. The Broncos have been another team that you simply do not know what you are getting when they step on the field this year. The Chargers should have too much, especially if the Broncos are sloppy coming off the bye.

The playoff implications for this game are absolutely massive. This could be a tiebreaker for the No. 1 seed; neither team can afford to lose. Both rosters have looked out of sorts recently, but the Packers seemed to be getting back on track offensively against the Vikings.

Additionally, Matthew Stafford has a 3-7 record in Lambeau during his career. He is surrounded by more talent now, but the Packers have managed to succeed against him. Home-field advantage is key for this game, and the Packers should pile on the concerns for Sean McVay and the Rams.

Both of these teams have won vital games in the last couple of weeks. Now, they have another massive game for their playoff chances as they battle in San Francisco. The final two NFC playoff spots are up for grabs, and neither team can afford to lose the tiebreaker.

The Vikings’ offense has really clicked into gear the last few weeks, while it has been the 49ers’ defense and run game that has driven their recent success. The Vikings have done reasonably well limiting opponents’ run games the last two weeks, and they should be able to go on the road and get a crucial victory.

Another huge matchup in the AFC North with playoff situations riding on it. The assumption is that Lamar Jackson will be back from his viral illness, but the line here indicates that the sportsbooks might be less certain. I am banking on Jackson to be back and the Ravens to take control against a Browns team that let the Lions hang around last week.

We have not always seen the most fascinating football games on Monday night this season, but this one is intriguing as two teams fight to save their season.

It is somewhat head-scratching that the Seahawks are the favorites in this game. They just lost to a Kyler Murray-less Cardinals team while Washington has beaten two playoff contenders in recent weeks. Washington is riding high and their defense is playing better. Look for them to keep their playoff hopes alive and pile the pressure on Pete Carroll.