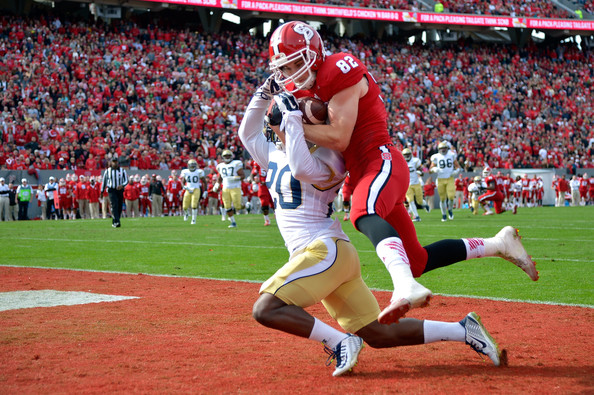 After a weekend that saw half of the top 25 teams sidelined due to cancellations and postponements, we (currently) have a full slate of college football games for Week 12. Those games include three matchups between ranked teams, including one matchup of top 10 teams.

In other words, as things stand, next week’s schedule looks to be a lot more interesting than the one we just concluded. Plus, there’s a lot more on the line, though not every big game is expected to be close.

Let’s start with the biggest one on the board.

No. 9 Indiana at No. 3 Ohio State (-20): When the Big Ten season started a month ago, nobody was telling you that this would be a top-10 battle that could end up deciding the Big Ten East. In our preseason Big Ten expert picks, I said Indiana was the most underrated team in the Big Ten, but not even I had this in mind. This is where we stand, though, as the Hoosiers are 4-0 and have become something of a Cinderella story this season. The Buckeyes will be their biggest test by far, however, and they’ll be well-rested after having their game against Maryland called off.

No. 14 Oklahoma State at No. 18 Oklahoma (-9.5): Bedlam always feels important, and this year’s version has a lot more at stake than bragging rights. The Cowboys are one of only two one-loss teams remaining in the Big 12 right now, but they’re nearly 10-point underdogs to the rival Sooners, who need this win to stay alive in the Big 12 title race. On the other hand, Oklahoma State could almost guarantee a spot in the Big 12 Championship Game with a win in this spot.

No. 10 Wisconsin (-7) at No. 19 Northwestern: While the two best teams in the Big Ten East battle, those at the top of the Big Ten West will do the same. Along with Indiana, Northwestern is one of two 4-0 teams in the Big Ten right now. Wisconsin is 2-0 after having two games canceled, but it can be argued that, aside from Ohio State, the Badgers have been the most impressive team in the conference thus far. Still, while both teams are off to great starts, this will be the toughest test either has faced to this point.

Kentucky at No. 1 Alabama (-29.5): While you can never overlook the Iron Bowl, the rest of the regular season seems like something of a foregone conclusion for Alabama. Last week’s game against LSU was postponed, and it has already beaten Texas A&M, so Auburn is the biggest obstacle between the Crimson Tide and an undefeated regular season. Given that they’re 29.5-point favorites against Kentucky in this spot, it’s hard to imagine the Wildcats pull off a shocker. I mean, the 29.5 points per game the oddsmakers are spotting Kentucky here are a full six points more than they’re averaging per game on the season (23.3 points).

No. 4 Clemson (-33) at Florida State: There was once a time when this game was the biggest one on the ACC schedule. Now we’re looking at a 33-point spread, and it’s not easy to justify taking Florida State given all the problems the Seminoles are having. Of course, this game’s primary storyline will be the return of Trevor Lawrence, who has missed Clemson’s last two games after testing positive for COVID-19. Even if Lawrence was unable to play, I don’t know how much impact it would have on this spread.

No. 7 Cincinnati (-3.5) at UCF: The game of the season in the AAC. The Bearcats are the current favorite to claim the Group of Five’s New Year’s Six spot, but they’ve got their eyes on a College Football Playoff berth. I don’t know how realistic a goal that may be, but a win over UCF would undoubtedly help. As for UCF, while the Knights are 5-2 on the season, they’re not out of the hunt in the AAC. A win over Cincinnati would increase their chances.

Ole Miss at No. 5 Texas A&M (-12): The Aggies are the playoff contender nobody seems to realize exists. They’re 5-1 on the season with a win over No. 6 Florida, and their lone loss came to No. 1 Alabama. This weekend they’ll face one of the more difficult tasks in the SEC West: trying to stop the Ole Miss offense. The Rebels cannot stop scoring points, and given the way the Aggies offense has played, this could easily be the most entertaining game of the weekend.

PLUS WE CASHED OUR COLLEGE LOCK of the MONTH!
WON! Tulsa PK over SMU

On Top of the Line Sports gathers information from over 100+ sources each and every week PLUS simulates every FBS college football game over 10,000 times with the WinTRAC computer program to come up with the Absolute Strongest Plays on the board for players.

$100 Per Unit Bettors have made nearly $118,500 in the OTL FOOTBALL LOCK CLUB / PRIVATE CLUB this season while the Football Investment Package also continues to produce profits at 31-15-1 the past 47 overall.

Although the Lock Club will produce bigger Profits, you can’t go wrong by joining either program.

You can also test the waters with our:
7 Day Football Investment Package!

Notre Dame continued to check all the boxes you’d like to see from a national championship contender. The Fighting Irish’s latest move is knocking Ohio State down a peg and jumping up to No. 2 following their latest impressive win.

Beating Clemson in double-overtime is going to garner some attention from  experts tasked with ranking the entire FBS landscape, but following that up with a solid performance avoiding the letdown at Boston College was an affirming moment in Notre Dame’s season. It’s not just that the Irish won on the road in a tricky spot on the schedule but how they looked on the field, particularly on offense. Ian Book is playing the best football of his career at the perfect moment for Notre Dame’s pursuit of an ACC championship and spot in the College Football Playoff, and it’s gotten the attention of our voters.

Notre Dame had already gotten to that No. 2 spot in the AP Top 25, but our voters were still holding on to Ohio State as the second-best team in the land last week. The margins between those teams at the top behind Alabama are razor-thin, so it’s possible that the Buckeyes could take that spot right back with another game under their belt.

Elsewhere in the rankings, we see Northwestern making a move up after remaining undefeated with a win at Purdue, and Colorado making a big jump after its win against Stanford. Meanwhile, the fall for Penn State continues after a loss at Nebraska, as the team we ranked in the top 10 at the beginning of the Big Ten season now barely cracks the top 100. For more on the biggest risers and fallers in this week’s balloting, check out the Mover’s Report below. 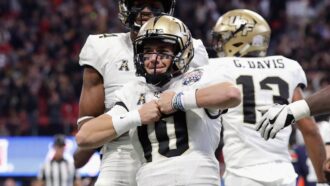 College Lock of the Week 10-1 This Season!

On Top of the Line Sports has cashed in on 8 Straight College Lock of the Week.../MORE 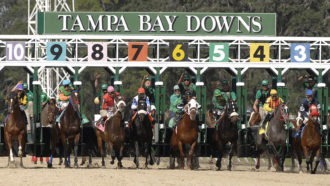 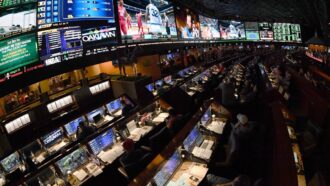 With All the New Sources added to our network this season... Our PROFITS are.../MORE 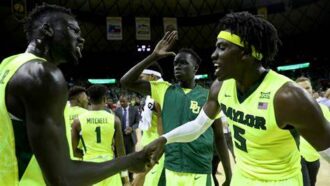