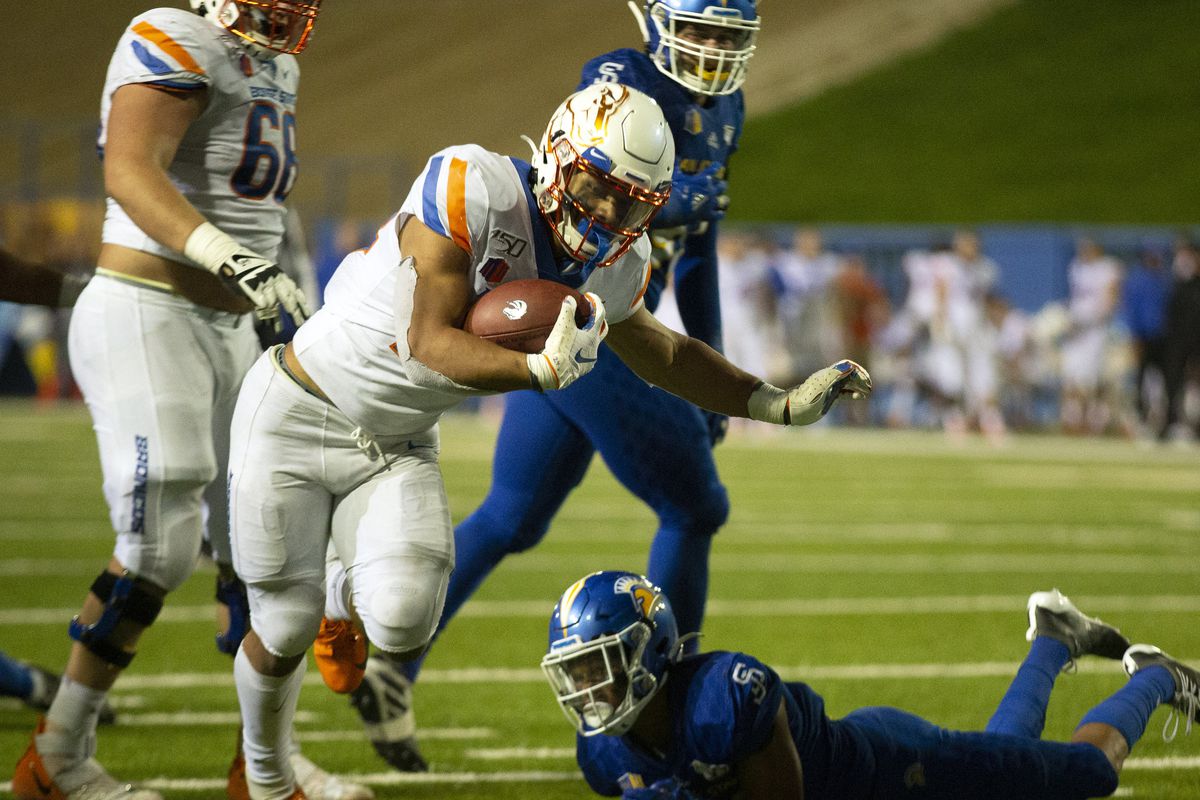 College football odds for Week 16 are up and drawing dollars, with conference championship games dotting the schedule. Clemson gets a shot at revenge against Notre Dame in the ACC title tilt, while COVID issues forced Washington out of, and Oregon into, the Pac-12 finale against USC.

These are the current College football Week 16 odds for the premier games on the schedule.

UPDATE 5:30 P.M. ET WEDNESDAY: DraftKings moved from Marshall -5.5 to -5 and back by Tuesday morning, and that’s where the number is now, with 85 percent of bets and 70 percent of money on the Thundering Herd. The total has ping-ponged between 42.5 and 42 countless times already, though 90 percent of bets and 68 percent of dollars are on the Over.

FanDuel opened the Thundering Herd 5.5-point home favorites in the Conference USA championship game, and the number is still Marshall -5.5 Monday night. Marshall is taking 86 percent of early tickets and 74 percent of early money. The total bounced from 41.5 to 42.5 and back to 41.5.

Buffalo is already up two points Monday night at Fanduel, sitting at -13.5 for the Mid-American Conference title game at Detroit’s Ford Field. The Bulls are drawing 86 percent of tickets and 97 percent of money. The total is steady at 66.5, though practically all the tickets and dollars through Monday night are on the Over.

UPDATE 1 P.M. ET THURSDAY: The Trojans opened -3.5 at PointsBet USA on Monday afternoon, and the line has been stable at -3 since Tuesday afternoon, with 68 percent of tickets on USC and 53 percent of money on Oregon. The total upped from 62 to 64. “Overwhelming early action on the Over in this one, with nearly 90 percent of the tickets and handle,” PointsBet’s Patrick Eichner said.

UPDATE 5:30 P.M. ET WEDNESDAY: Southern Cal is a fairly stable 3.5-point chalk at DraftKings, save for a few minutes Tuesday morning at -4. The Trojans are taking 92 percent of tickets, but just 63 percent of money on the spread. The total initially dipped from 62.5 to 61.5 at DK, but it’s now up to 63.5, though the betting splits aren’t yet available.

Oregon is a substitute invitee to Friday night’s Pac-12 championship game, after Washington had to withdraw Monday due to COVID issues within the program. Host USC opened -3.5 and remains there late Monday evening on some interesting early betting splits: 78 percent of tickets are on the Trojans, while 79 percent of money is on the Ducks.

The total is down a point to 61.5, though the early splits don’t reflect that, with 87 percent of tickets and pretty much every dollar on the Over.

UPDATE 1 P.M. ET THURSDAY: The line opened Buckeyes -20.5 and is currently -20.5 at PointsBet USA, with visits to -19.5 on the low end and 21 on the high end. “Most of the early action is coming in on the Buckeyes, with 80 percent of the spread tickets and handle,” PointsBet’s Patrick Eichner said. “It will be interesting to see which side of the key number 21 this spread closes at.” The total dipped from 59.5 to 56.5 to 57. “Good two-way action on the toal, with 64 percent of tickets on the Over, but 71 percent of handle on the Under.”

FanDuel posted the Big Ten title game on Thursday, and it’s bounced around a bit since then. Ohio State first moved to -21.5, then dipped to -19.5, and on Monday night, this line is back to the opener of -20.5. The Buckeyes are attracting 78 percent of early tickets and 89 percent of early dollars on the spread.

The total first ticked up to 59.5, then dialed down to 57.5, though tickets are 3/1 and money 2/1 on the Over for this neutral-site game at Indianapolis’ Lucas Oil Stadium.

UPDATE 5:30 P.M. ET WEDNESDAY: DraftKings opened the Sooners -5.5, dropped to 4.5 and is now back to the opener, with Oklahoma attracting 56 percent of bets/64 percent of money on the spread. The total opened 58.5 at DK and is now 57.5, though the Over is getting 92 percent of tickets/78 percent of cash.

Oklahoma gets a shot at revenge in the Big 12 title game, having lost at Iowa State 37-30 on Oct. 3. FanDuel opened the Sooners -4.5 for the rematch, taking place Saturday at AT&T Stadium, home of the Dallas Cowboys. The line jumped to -6.5, then receded to -5.5, and as of Monday night, 53 percent of tickets are on Iowa State and 60 percent of money is on Oklahoma.

Coastal Carolina opened -3.5 at FanDuel for the Sun Belt championship game and stuck at that number through Monday night, with the exception of 15 minutes Sunday at -4.5. Tickets and money are running 9/1-plus on the host Chanticleers. The total is up a point to 54.5, with practically all the early tickets and money on the Over.

On Nov. 7, Notre Dame beat visiting Clemson 47-40 in overtime, but the Tigers didn’t have star quarterback Trevor Lawrence, due to COVID. Lawrence is good to go for a neutral-site game in Charlotte, N.C., and Clemson rose up to -10.5 from a -7.5 opener at FanDuel and is currently -9.5. However, the Fighting Irish are attracting 69 percent of spread bets and 59 percent of spread money through Monday night.

Host Cincinnati opened -14.5 in the American Athletic Conference title game, initially fell to -13.5, rose to -15.5 and is back at the opener of -14.5 Monday night at FanDuel. It’s two-way action with a lean toward the Bearcats, who are landing 55 percent of tickets and 53 percent of cash through Monday night.

A lot of the air went out of the balloon for the SEC championship game when Florida, a 23-point home chalk against LSU last weekend, lost outright 37-34. But the Gators can certainly give the College Football Playoff committee a headache with an upset of Alabama in Saturday’s contest in Atlanta.

UPDATE 5:30 P.M. ET WEDNESDAY: This line is pinned to Boise State -6.5 at DraftKings, where 54 percent of bets/76 percent of dollars are on the Broncos.

San Jose State is the home team for the Mountain West Conference championship game, but the game will be at a neutral site, because local COVID regulations won’t allow the game to be played in San Jose, Calif. Rather, the game will be at Sam Boyd Stadium in Las Vegas.

Boise State is down a point to -6.5 at FanDuel, where through Monday night, San Jose State is drawing 51 percent of bets and 57 percent of dollar on the spread. The total is stable at 54.5 on what must be light early action, as practically all the tickets and dollars are on the Over.