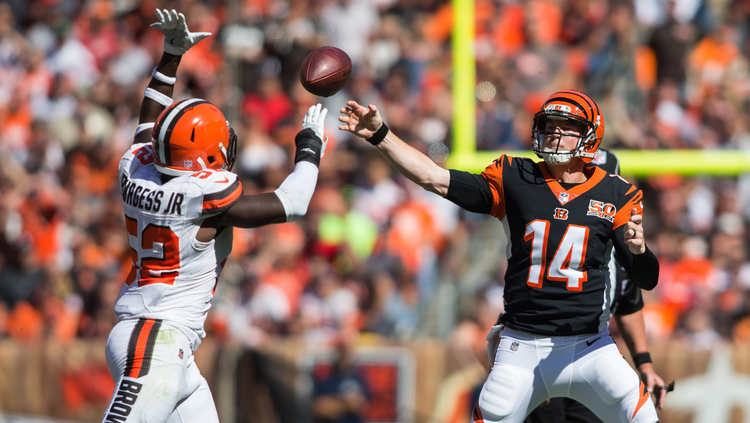 As you well know by this point, every wager type is designed to give the house an edge. That is no different with teaser. Hey, it’s called “teaser” for a reason! The goal behind the teaser for the books is to entice bettors by the prospect of adding six, 10, or even 13 points to a spread. The natural inclination of a bettor is to think, “If I like the team at the current spread, then they should be close to a lock with the extra points.” It goes without saying that this is exactly what the books want you to think.

The biggest fail I see when novice bettors place teasers is they ignore the math and focus exclusively on “well I just need the team to win.”

They use this logic to justify teasing a team through zero. Never tease through zero. Also note, when I say never tease through zero, that doesn’t mean you can’t tease a team that was -5.5 down to +0.5. If a team is favored between two and four points, you cannot tease that team because you are giving away too much value. There is little to no difference between being -3.0 and +3.0 for the purposes of a teaser. Teasing a team from -3.0 to +3.0 is the single worst move you can move in a teaser. Pushes are losses and over 90% of NFL games are decided by more than three points, making your “value gained” minimal, at best.

When betting a teaser, you want to go through as many significant numbers as possible.

These are the most common margins of victory. As you can see, when you are able to tease a team through both three and seven, you are gaining the most value.

Three team, six-point teasers, at +180 are the most common. You will need to win each leg of your teaser at about a 71% clip in order to be profitable. The problem with teasers is that most bettors overestimate how much an extra six points improves the likelihood of a particular team covering the spread. If you are not teasing through significant numbers, there is a chance you will not increase your odds of winning each leg by enough to justify betting the teaser.

When compared to other types of wagers, know that a straight bet is always the most profitable bet. The advantage the books have on a straight bet is lower than on a parlay or a teaser. If you are betting to make money and for no other reason, from a pure value standpoint, you should almost exclusively be placing straight bets.

If you want to have a little more fun/increase the excitement/have some action on multiple games with a reasonable shot at winning, then teasers are better than parlays in that regard. Your odds of winning a teaser are obviously quite higher than winning a parlay. The drawback is in both scenarios, you have to be correct on multiple wagers and the parlay payout is much better than the teaser payout. With a teaser, you are trading payout for increased odds of being correct. On a six-point teaser, the books have anywhere from a 17% to 34% advantage. If you read my article on parlays, you know that the house edge on a two-team parlay is 10%, but by the time you get to a five-team parlay, the house edge is up to about 35%. Depending on what you put in the legs of a parlay or a teaser, one can be more valuable than the other. But any way you slice it, you are sacrificing a ton of value by doing anything other than a straight bet, where the house has its lowest advantage of just 4.5% on a standard -110 bet.

Teasers are fun, and, in the right circumstances, profitable, but should not be something you do long-term to try and profit.