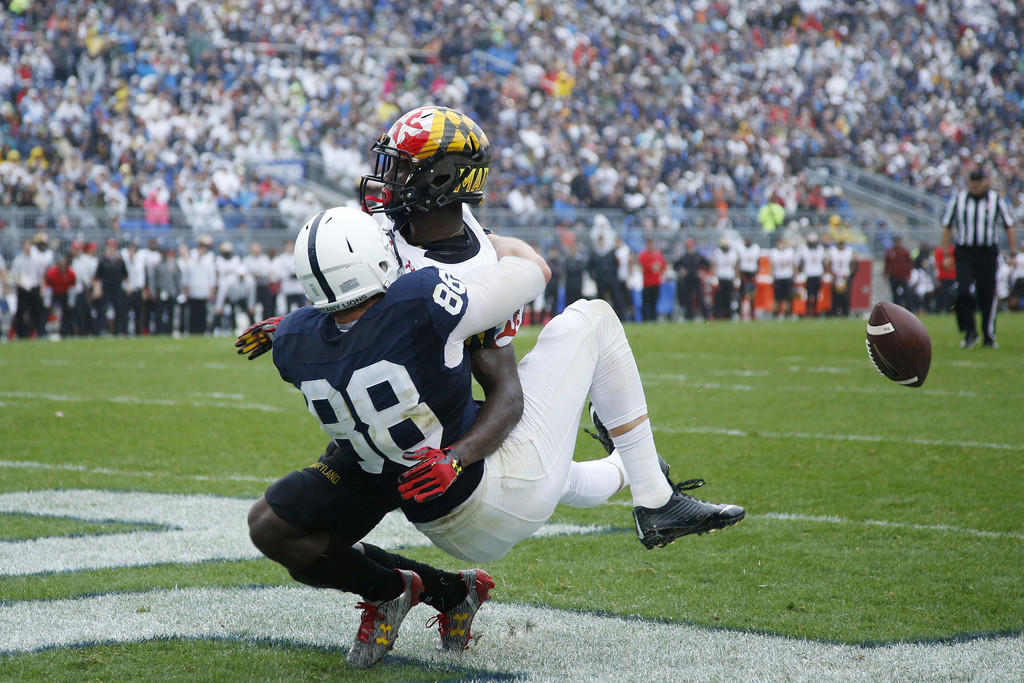 College Football is a gambler’s dream from September until the new year. With over 75 games each Saturday on the books, there’s plenty of chances to get some action in and have some fun. If you’re new to the gambling industry and want to know some of the basics before September Saturdays hit, this guide is for you.

Our guide will look at how lines are set, as well as the different point spread numbers and proposition bets you will see before and during the games. It will also give you some final advice to consider before putting a lot of money towards certain games.

So first things first, let’s look at the line of a college football game that you would see in a sportsbook:

Here we have Notre Dame who opened as a one-point favorite and have gotten bet up to a 3-point favorite. This means that money has come in on Notre Dame. To find out whether it is sharp money or square money, you would have to look at the individual sports books or inquire where the money is coming from. The 55.5 number is the projected point total. If you think the two teams would combine for 56 points or more, you would play the over.

A Beginners guide to Betting College Football: The money line number is the odds for an outright win. The “minus” number for Notre Dame means you would win less money than you put down, whereas the “plus” number for Michigan is the opposite. So if Notre Dame wins the game 28-24, those that bet the money line on Notre Dame would win $100 if they put $160 down. It also means Notre Dame covered the -3 number and those that played the under won the bet. If Michigan were to win the game outright, if you put $100 down, you would win $180 back.

Betting College Football: With every bet, there are live bets and prop bets. Live bets mean the line changes as the game goes on. If Notre Dame scores the first touchdown, they will likely move to a -7 or better favorite in the game. Therefore, if you still think Michigan will keep it close, it’s worth playing them at that point. There are also prop bets before and even during a game. Prop bets are side bets on different events that will happen over the course of the game, as well as individual and team bets.

Examples of prop bets are as follows:

It’s important to understand why handicappers set a line the way they do and how sharps and squares impact those spreads.

A lot of factors go into how a handicapper sets a line. They try and set a line that will get equal action from both sides. They know square bettors will jump on public teams like Alabama and Clemson, so when those teams play, they’ll adjust the line slightly in their favor and let the public jump on it. Many times sharps will wait until the end to play against them if they see value in the other team. There are other times where sharps will drive up a price early if they see huge value in a team, and that can drive up the price. It’s important to note that lines are driven by money, not how many people are on a specific side. If 80% of the total gamblers are betting Michigan over Notre Dame, but 60% of the money is on Notre Dame, the line will move in Notre Dame’s favor more times than not.

Lines are also set by recent results, and the public usually likes to play a team that has had the better outcomes of late. So week 2 and 3 of the college football season, handicappers know that gamblers will play the team who has looked better thus far. This is a squares mistake because they don’t study, but rather only look at how a team has played of late. The smart gamblers dig a little deeper into the numbers, looking at why a team may have had the results they have thus far, looking at trends and statistics. Many times they will play against the public’s play.

As a gambler, it’s important to do your homework and understand the movements. Are there injuries involved? Is a player suspended? Is there a look ahead game coming up? Are these two offensive teams? These are things you need to study and take into consideration when looking at the number.

One piece of advice for a teaser is not to cross the 0. The best teasers are those at -7 or +2 because you can take a team down to one point, or on the flip side, above a touchdown. Teasers are harder in college football than in the pros, however, because of the amount of scoring. Games in college football tend to end up with totals in the 60s, 70s, 80s, and higher much of the time.

Before you dive in, here’s a couple pieces of advice to consider:

1. Study the teams before a game. Know what each team’s strength and weakness is. If you have a strong running offense going up against a weak running defense, that makes for a good prop bet for the running back and possibly a good play overall for that team.

2. Beware of traps. Look ahead games and letdown games are perfect examples. In 1993, Notre Dame had an emotional win against Florida State in a battle of No. 1 vs. No. 2. The next week, a 13-point favorite against Boston College, Notre Dame lost the game at home and lost their chance for a national championship. This happens a lot in college football. Teams have a hard time staying up for a game against a weaker opponent following a big win. Look ahead games are dangerous, too. If Florida is playing Vanderbilt and is -28 and plays a huge game against Alabama the following week, there is some value on Vanderbilt. Many times, they are so focused on the game in two weeks, they overlook the team now.

3. Be careful of huge favorites when betting college football. Backdoor covers are real possibilities. Ohio State may be favored by 40-points against Illinois and may get ahead by 42 points and empty out their bench and sit their starters in the fourth quarter. Next thing you know, it’s Illinois’ starters against Ohio State’s backups and Illinois scores a late touchdown and covers the number.  If you like a big favorite to demolish a team, it’s many times safer to play the first half number rather than the game. This eliminates the backdoor cover. Or look at teasing the game down a touchdown.

5. Betting College Football The first week of the season can be the toughest week to bet because quite simply, you don’t know the teams yet. Look at playing teams who are returning their quarterback and a lot of starters and going up against teams who have new quarterbacks and are more in a rebuilding mode. Teams that have a lot of new starters, especially a new quarterback and a new coach, tend to start off the year slower compared to teams who are picking up where they left off from a year ago.

6. There are a lot of points in college football. There tends to be more value on the higher numbers, the over point totals and the overs in yardage props, especially the Big 12 teams. Look at going over many times in the longest touchdown scored in the game. It hit 64% of the time last year.

7. Listen to the experts. You want to do your own homework, but you also want to hear what experts that do this for a living and win 60%+ of the time have to say and why they say it. Research some of the best college football bettors out there and look for their opinions. Many of them go on the radio and give their opinions out or write articles. Sometimes you have to pay for more plays, which is up to you if you want to do that, but many times they give you a couple plays free.

For More information on Betting College Football Register Below: