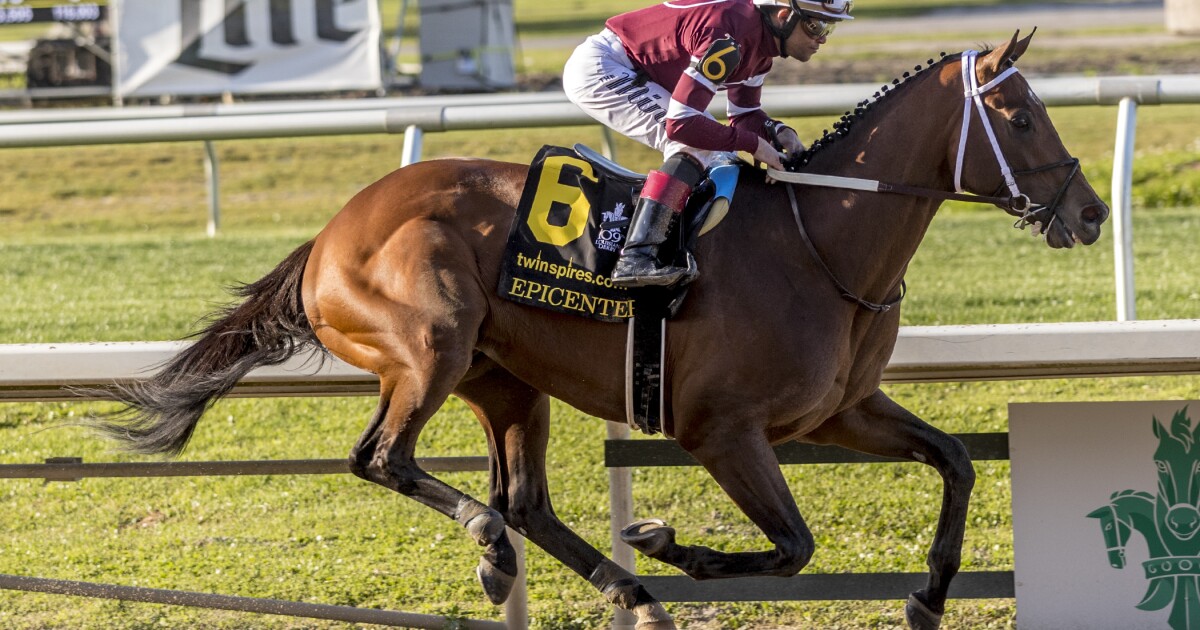 The racing world will focus keen eyes on these 1 1/8-mile showcases on April 9:

The remaining races have qualifying points of 100-40-20-10 points for the top four finishers.

This is the last opportunity for horses to position themselves into the 20 slots that determine the Kentucky Derby field. It will be interesting to watch decisions about entering this weekend’s races for trainers with horses in and around the Kentucky Derby points cutoff. Some horses “on the bubble” will need to have a big outing.

Upcoming winners will join those who punched their Churchill Downs tickets by garnering 100-point triumphs in the first Super Saturday, which featured three major preps.

Barber Road, second in the Arkansas Derby, is assured a Kentucky Derby slot. Charge It and Tawny Port, who gained 40 points by finishing second in the Florida Derby and Jeff Ruby, likely have enough points but that won’t be decided until the upcoming weekend.

RACE RECAPS FROM PAST WEEKEND

White Abarrio stalked the early lead set by Classic Causeway, stormed in front at the turn and repelled a determined run by Charge It, who was running in only this third race.

Charge It slid by 2-1 favorite Simplification in the final strides and that may have notched his Derby ticket. Simplification, the previous winner of the Fountain of Youth Stakes, was already in a safe Derby-qualifying position. He finished third.

Cyberknife won in opportunistic style, holding off 6-5 favorite Secret Oath, the filly who sought to become the first filly to win a Derby prep since the points system was established in 2013.

Cyberknife, stalking in fourth, made an early move and got the jump on Secret Oath, who charged from last into second and looked ready to go by Cyberknife in the stretch. But she flattened out and wasn’t even urged, allowing Barber Road to steal the place.
Barber Road, a deep closer, nipped Secret Oath for second, hiking his total to a safe 58.
Jeff Ruby Steaks

Tiz the Bomb moved from sixth in the backstretch to a lead around the final turn and held off a determined Tawny Port, one of the early speed horses, in the Jeff Ruby.

Cyberknife received a 92 Beyer Speed Figure in the Arkansas Derby.